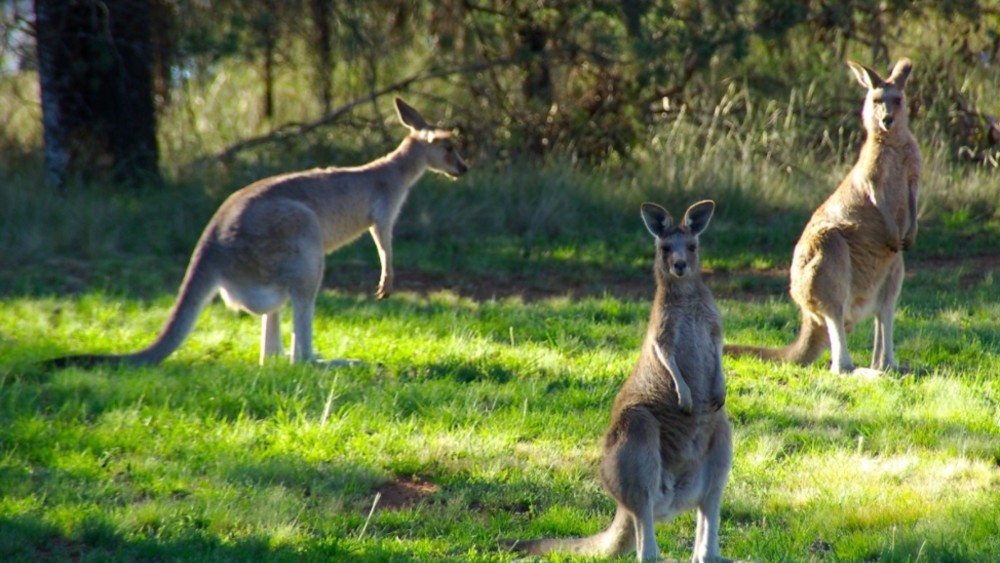 What happens when a country divests itself of anything that can assure its self-sufficiency? Australia provides an answer to that question.

My friend, “Nodrog,” wrote me a letter about his native Australia. I found it so fascinating and insightful that I asked him to turn it into a post for me, which he did:

I think Australia has an unusual economy – it’s largely driven by the building industry – which market is driven by immigration. We are tiny, but there might be a lesson here.

Every 6-12 weeks a house gets finished – and another is needed to keep people employed (nothing sustainable about that) – so we need more people to justify that demand. The people we bring in don’t have the skills either, or if they do the unions and professional groups refuse to recognised them, so they sell sandwiches and go on the dole.

Public servants and politicians like it because it increases their power base – but we the people are just left with less land per family and more people in every queue.

A block of land in Sydney – a new housing block – is now down to 350 square metres – less than 20 years ago it was an average quarter of an acre – 1000 square metres. The “quarter acre block” was the dream of all Australian homeowners from the ‘50s on. (Incidentally, house prices have risen exponentially as land sizes reduce.)

We have an unsustainable economic driver because all other employment has been shipped off-shore – they can’t ship off building – although with some of the pre-fabs they seem to be doing just that.

What has happened over the last 30 years is similar to the rest of the world where our manufacturing sector has been sold off to overseas and our welders and die-setters are lost – they become the local handyman, try to sell cars, maybe are absorbed into a multi-national as the engineer in the place that knows the difference between a spanner and a cup of coffee, or train to make better coffee for the burgeoning barista market.

I was shocked when our last car plant shut down – our last oil refinery moved offshore – our last white good manufacturer gave up – our last significant biscuit company crumbled (sorry) – last industrial fastener makers were screwed (I’m on a roll). Even our last book publishers – I think the ones claiming to still exist are just offices with no ink.

I grew up in a small suburb in Sydney – a point on the Parramatta River, split down the middle, that was half parkland and half houses – idyllic. The park had foundation remnants of a stately mansion from the 1800s (which originally commanded the entire point) and other vestiges of more recent industrial type buildings. Most of the parkland was taken over during WWII by Slazenger – tennis racquet makers.

They had timber laminating skills which were diverted to making boats launchable in the river – small offshore coastal patrol boats. From that, and uncles in and around the war, I found that everything had been re-tasked for the war effort. They could do that because we had people with practical manufacturing skills.

Made total sense – it was the creativity of re-using company skills – human resources – to fight the dreaded Nip and the Hun.

Now that we have given away all those skills to China (mainly), and our current generation will faint at a paper-cut, we are extremely vulnerable.

A dramatic example: I needed a practical engineering-type for one of our companies – I advertised and was inundated by astoundingly qualified people for a job that needed someone merely competent, not extraordinary. I eventually employed the ex-foreman of Cockatoo Docks machine shop – the biggest machine shop in the Southern Hemisphere – he ran 400 men and machines – lathes with 16-foot chucks and capable of turning tapering submarine shafts 160 feet long – and they were all out of work because the government had just given the contract for our Navy ships to China. I got a brilliant engineer who was intensely loyal because he was just about the only person from there who had a job using even a fraction of his skills – but sad for Australia and 400 hundred families just at Cockatoo – it was repeated all over Australia.

I had a teacher in high school (probably close to 50 years ago), science I think, who went around the class asking what our parents did for a living – the question was probably what did our fathers do?

He systematically showed how useless their skillset would be in a crisis. I recall he liked doctors and pharmacists – anyone in administration, sales, lawyering (he had fun with that one)  were surplus to requirements.

In A Hitch-hiker’s Guide to the Galaxy a planet that was becoming overcrowded decided to ship off some of the population to another planet to start a new colony – I seem to recall the rocket sent away was filled with all the hairdressers, telephone sanitizers and television documentary makers.

I digress – but it’s all related. Around 30-40 years ago we sold some of our merino stud rams overseas. Now we no longer have the only high-quality supply. Not quite the same but the same short term, intellectually deplete decision making.

Cut to the chase.

We are totally unprepared to protect ourselves – we can’t make an assault vehicle – we don’t make guns or ammunition – we will run out of fuel in 6-12 weeks if there is a blockade – our main local food sources aren’t all within our control – our population, without arthritis, is ambivalent to everything and addicted to technologies and information that we have no control over.

If China made a move on Australia now we would be gone in 48 hours – less. Biden would do nothing to help – Britain would try, but it would be too little too late.

We have sold out our future – with the promise that it will be all right because America, as an ally, is a big enough threat to protect us. (Ha, no one could see that idea going wrong.)

Your markets are big enough to justify manufacture still – but self-sufficiency is waning. As of the 20th this month you are no longer self-sufficient in oil. And it will only get worse by design.

There is more than gender identity at play here – if you aren’t self-sufficient in everything you are done. Identity politics is a distraction – misdirection while your pockets are emptied.

Australia is small – but I would still put a wall around the nation and tell Australians that if they can’t make it themselves they do without.

Rural Australia still has that ethos. I think the world needs it.

Isn’t it interesting that without the Electoral College rural America has no voice. And what is the Democrat plan?

The rural work ethic is heading for extinction around the globe –  one might almost think it was planned.

I moved a great distance to a country town because it still feels like Australia – the big cities no longer do.