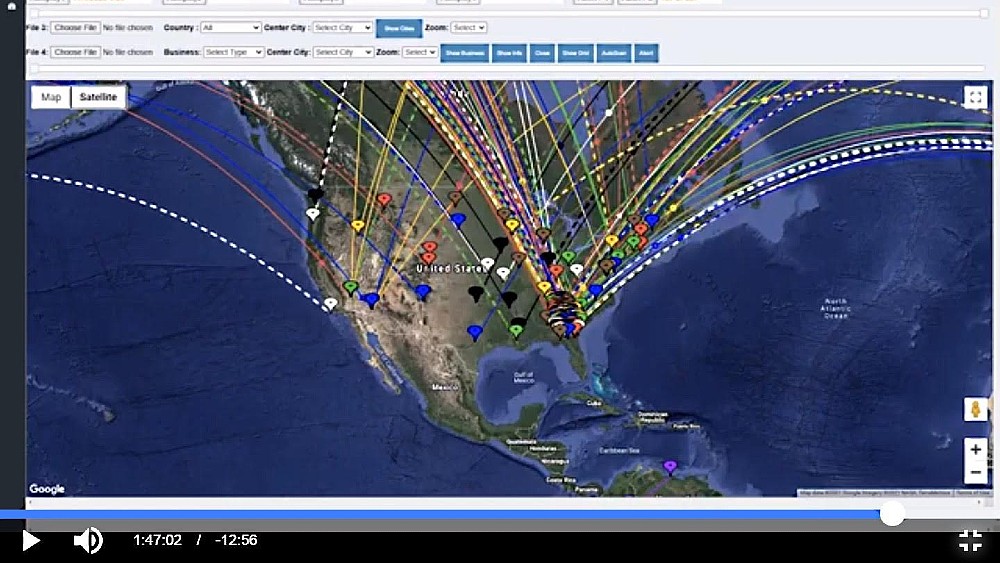 A friend who specializes in computer fraud read my post discussing Mike Lindell’s allegations about China and offered pertinent information.

Yesterday, after watching the final half-hour of Mike Lindell’s video about election fraud, I was impressed by Mary Fanning’s claim that, not only did the Chinese hack the election, but also that alert data analysts have chapter and verse about the hacking: when, where, who, how — that kind of stuff. The one thing that made my brain spin was the claim that we actually know what they did when they hacked into voting systems across America.

That level of knowledge seemed like the stuff of science fiction to me. That’s why my post about Lindell’s China claim was more of a question than a statement. Can Fanning really have the information she claims?

That’s also why I got very nervous when one of the commenters on that post suggested that China is routinely hacking into American computers. What this means, he said, is that isolating hacks on a specific day and time, even into a specific computer, is pretty meaningless. After all, stars twinkle all the time. Pointing out twinkling stars in one sector of the sky and pretending they have special meaning is a con.

However, a friend of mine (and I’m not sure he’s good with my using his name, so he’s just “a friend”), read my post. Oh, did I mention that he’s a specialist in identifying computer fraud?

Anyway, my friend says that it’s absolutely true that data analysts can look at exactly what happened during a hack, including what mischief the hacker got into while in someone else’s computer:

So, two questions for you guys:

Is the type of information alleged in the Mike Lindell video for real? That is, is it possible to capture information with such precision, not just the pinging against the various computers, but also the actual vote changes that China allegedly performed?

Yes. It is not only possible, it is something any cyber competent person could do. The files Lindell showed are almost impossible to fake. And there was a cross-check with the Antrim County in his presentation, something quickly said, and it was a very good confirmation point. The stuff Lindell showed is pretty much impossible to fake at such a scale. There are many ways to cross-check it to literally a single vote if it were investigated.

If this information is for real, and if China really did alter the outcome of the American election, what do you think should happen now?

If China really did this, which they did, I think we should just sit back and realize they could not do this without massive, coordinated U.S. security agency involvement. Thus, I think, short of a rebellion, we are pretty much screwed.

In other words, Fanning’s analysis can be entirely legitimate. To the extent she says that people watched everything happen, right down to the vanishing Trump votes, that’s real, not science fiction. Moreover, my friend also says it’s virtually impossible to forge the massive amount of data that Fanning claims to have collected.

I would love to hear what those claiming election integrity have to say about this. I’m not being facetious. I mean it.

Our public institutions have utterly failed to give the fraud claims the airing that America deserves. And unlike Trump whose administration examined the Russia hoax, the Biden administration is doing everything it can to silence the opposition and bury things six feet deep. Apparently, the Biden crew hasn’t heard that sunlight is the best disinfectant. So, while we still have something resembling a free internet, it’s time to air out this claim about China’s hacking the American election to get its preferred candidate — Joe Xiden — into the White House.

If Lindell and friends are wrong, let’s hear it. If they’re right, let’s get Xiden and Co. out of the White Hosue because they didn’t win. They (or their friends on their behalf) cheated. In tiddlywinks and elections, cheating doesn’t count.

UPDATE: I’m currently agnostic on Hammer and Scorecard. I don’t trust the leftists who deny it, but I’m worried that those on the right who support its existence are being played by a Deep State con. However, if you’re interested in current info on the allegedly Hammer and Scorecard program, check this out and this too, which purports to show real-time info about hacks during the election. Real cyberespionage or an elaborate con? You decide. I have no idea.