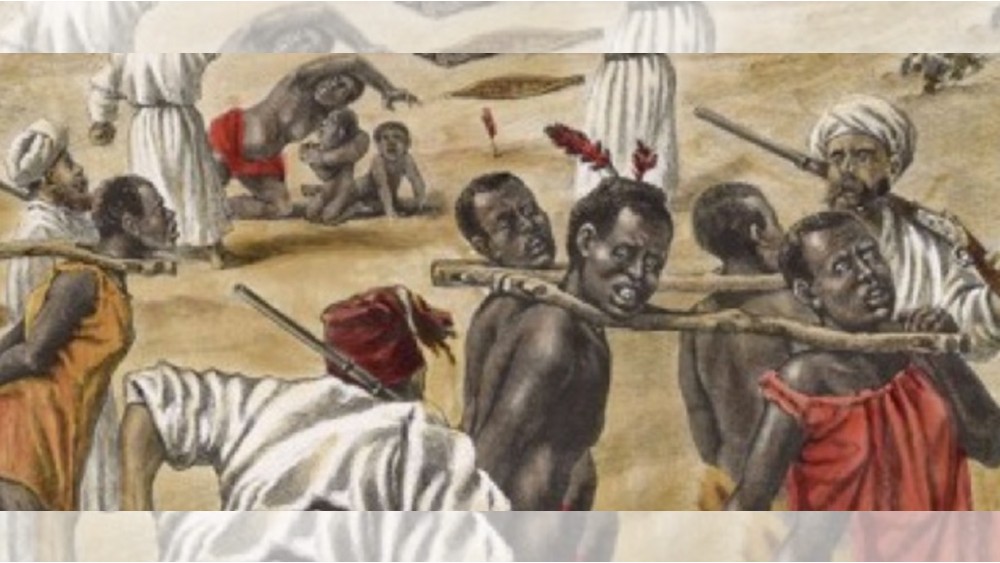 A historian bows to the politically correct mob to bastardize history.

Nic Butler is Charleston County (South Carolina) Public Library’s (CCPL’s) resident historian.  He is a middle-aged white male who is quite competent at his job, and reading his weekly CCPL blog, the Charleston Time Machine, is usually enjoyable and informative.  As an academic in the employ of CCPL, his focus is on telling the history of Charleston.  Given that Charleston and South Carolina played an outsize role in the colonial era and then, the American Revolution, much of his research gravitates to that period of history.

I give him high marks as a researcher and writer, but failing marks for his lack of intellectual honesty — i.e., being trustworthy and honest even when it runs in opposition to the prevailing narrative.  And that is the worst possible thing I could say about an academic.

Today’s modern narratives are that black slavery uniquely defines the United States.  And further, that Christianity supported slavery while Islam was the religion of black Africans.   In those regards, Butler not long ago wrote a post about Omar ibn Said:

Last night I was honored to participate in a panel discussion that attracted a large audience eager to hear about the presence of the Islamic religion among the enslaved Africans of early Charleston. In conjunction with Dr. Hussein Rashid of the New School and Brenda Tindal of the International African American Museum, we gathered at CCPL to discuss the cultural landscape that forms a background to a powerful American story. Omar ibn Said (ca. 1770–1864) was an African Muslim who was brought from Senegal to Charleston in 1807 and sold into slavery on Gadsden’s Wharf. He later ended up in North Carolina, where he wrote a short autobiography in Arabic that survived to the present time.  . . .

Did you catch the utter bullshit in that paragraph?  It was this bit:

Omar ibn Said (ca. 1770–1864) was an African Muslim who was brought from Senegal to Charleston in 1807 and sold into slavery on Gadsden’s Wharf.

That comports completely with the fact-free BLM narrative that what Americans were and are uniquely bad.  According to Butler, it is white Charlestonians who sold Omar ibn Said “into slavery on Gadsden’s wharf.” But the reality is that Said was a captive slave in Africa long before he set foot on a boat crewed by white men to bring him west.  The people who made him a captive slave were not “whites,” but rather “thieves” in his native land.

Moreover, Butler gives tacit support to another horrendous calumny.  The reality is that there is not a black in America who would denigrate Christianity or support Islam if they understood the actual history of these two religions.  For starters, the “thieves” who captured Omar ibn Said were certainly Arab or black, and almost certainly Islamic.  Muslims were always the greatest slavers of history, particularly of black Africans, and have continuously enslaved blacks, right through the modern era.  And the reality is that it was white Christians who drove the abolition movement, banishing slavery from the high seas and ending black chattel slavery as an accepted practice in the civilized world.

In today’s BLM driven narratives, those realities are uniformly ignored, something Nic Butler supported with his BS assertion that it was whites in Charleston who sold Said into slavery.  Now, in fairness to Butler, he does note the following:

Yamboo’s story was published during an era when corsairs or pirates on the northern coast of Africa were actively attacking foreign merchant ships in the Mediterranean Sea, including those sailing from the nascent United States. Europeans and Americans reviled and feared such raids not simply because they disrupted civilian trade, but because these Barbary pirates, as they were generally known here, frequently enslaved the white, Christian sailors and passengers they captured. English-language newspapers and magazines throughout the Atlantic world printed harrowing stories of European and American travelers falling prey to Islamic Berbers during the 1780s and 1790s. Such tales formed part of the motivation behind the creation of the United States Marine Corps, who won enduring fame by fighting on “the shores of Tripoli” during the First Barbary War.

What Butler fails to mention is that these African Muslim slavers enslaved far more white Europeans and Americans than the number of Black Africans who were ever sent into the thirteen colonies that eventually formed America.  Nor does he mention that Muslim slavery of African blacks is ongoing even through today.

Every person is tested at some point in their life.  Nic Butler was tested in writing honestly about Islam among blacks and about the role of North African Islamists in the black slave trade.  Butler failed the test.  Feel free to enjoy his writing in the future — I will — but trust nothing this cowardly man says at face value.