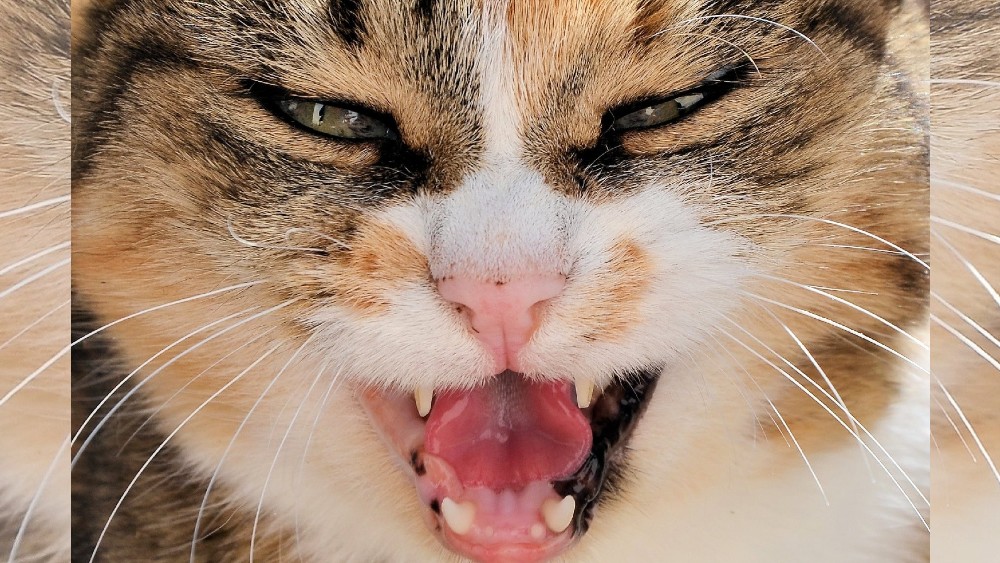 Corporations funded the Democrat party and now openly push its policies. It’s time to give them a lesson in economic pain to make them stop.

For anyone hoping that this is some weird S&M post, you’re at the wrong place. Instead, it’s about the fact that, while praising good behavior is an excellent way to encourage it, that doesn’t mean people shouldn’t experience painful consequences for their bad acts. In the political world, we’re seeing this play out in a terrible way across America.

What made me think of this is something my daughter said. I’m a dog person, so she grew up around dogs. Now, though, she’s gotten herself a cat and has learned, somewhat to her surprise, that dogs and cats are very different in terms of their interaction with humans.

The main lesson she’s learned is that cats will let you know in no uncertain terms if they dislike something you’re doing. When she was younger and wanted to carry around or cuddle one of the dogs, if the dog didn’t want that “treat,” it would struggle, leading her to try to subdue it. Eventually, the dog would give up or it would break free. That meant that she either got what she wanted or suffered a small, transient disappointment.

Her cat, she says, has been much more effective at teaching her about an animal’s “personal space.” If my daughter wants to cuddle and the cat doesn’t, the cat scratches her. For my daughter, it was an instant, painful lesson that, just because she wants something, that doesn’t mean the other party to the encounter does. “Pain,” my daughter said, “can be an effective teacher.”

She’s right. As long-time readers know, my mantra as a parent has been “catch them being good.” If you’re a parent who only scolds, your child will stop listening. And while the child knows what incurs a parent’s irritation or outright anger, that’s not a guide to good behavior. After two decades of this kind of parenting, I use “catch them being good” with everyone in my life, whether friends or strangers with whom I interact over the day. If at all possible, I find something good that merits praise, and then give that praise.

However, I never forgot that I was also their teacher. The word “discipline” doesn’t have “pain” or “punish” at its root. Instead, it comes from “discipulus,” the Latin word for “pupil.” Discipline is meant to teach, not to hurt or destroy. However, sometimes teaching requires punitive measures or the pupil never learns the lesson.

So, what does this have to do with politics? A lot. First, in leftist world, the leftists are incentivizing and punishing things in a completely bass ackwards way. Before lefties got the bit in their mouth and ran with it, our society had unpleasant consequences for crime. In a pre-modern world, with limited police forces, the consequences were extremely painful: crucifixion, drawing and quartering, hanging, beheading, amputations, whippings, branding, facing wild animals in a stadium, etc. That was the only way to give ordinary, law-abiding citizens some protection from malfeasors. The bad guys knew that, if they got caught, the consequences would be horrific.

As we became more sophisticated at providing policing, offering more protection to ordinary citizens, the punishment became less onerous: Prison. Admittedly, prison is not a nice place. People who are accustomed to “nice” in their lives didn’t want to be there. Likewise, prison is not a safe place, so people who aren’t at the top of the pecking order didn’t want to be there either. Still, it’s better than the old punishments of old. And for some, prison is a reasonable price to pay for a criminal career.

Dissatisfied with even the lesser consequences of our modern prison system, leftists are removing all unpleasant disincentives for crime. In one leftist-run jurisdiction after another, the pain principle for discouraging crime is gone: Police are being defunded and, worse, intimidated. Cash bail, which kept repeat offenders off the street, is vanishing. More jurisdictions are deciding that property crimes aren’t worth dealing with at a criminal level.

The result is that crime is exploding across America. I’m too lazy to look for data, but you don’t have to look too hard to find data showing that assaults, murders, rapes, and property crimes, are skyrocketing everywhere. The punitive lessons that criminals need to learn are no longer being taught.

What will inevitably happen, of course, is vigilante justice. We see that on a regular basis in third-world countries with dysfunctional criminal justice systems. When citizens catch a rapist, murderer, or thief, they will beat or burn the person to death. That’s because what the leftists have forgotten is that one of the reasons our criminal justice system developed was that the system was less punitive than frightened, angry citizens. The system promised the citizens that they’d be kept safe. In return, the system could use lesser amounts of pain to teach bad guys a lesson.

Of course, leftists have a two-tiered justice system. If you’re black or a black ally, and you shout “BLM! Defund the police!” as you loot, assault, rape, and murder, you get a pass. However, if you support conservative values and like President Trump, the smallest deviations from the law will result in hugely punitive outcomes. The point is to cow opposition. And leftists know that nice, middle-class people are easily cowed.

The lack of pain also shows up in the way leftists have been massively rewarded for heinous, anti-democratic, anti-constitutional, deeply unethical behavior over the past five years. Since Trump was elected, leftists have gotten away with weaponizing provably false lies intended in order to destroy a duly-elected president’s ability to function (etc., the Russia Hoax, the Fine People hoax, the Ukrainian phone call hoax, the January 6 hysteria, etc.).

In 2020, in their drive to destroy Trump, leftists got away with destroying the American economy by reacting to COVID as if it were Ebola or the plague, rather than a bad flu that, sadly, struck old people very hard (in part because, in the beginning, doctors treated it wrong). There was an additional, and possibly unexpected, byproduct for them. They learned that a year of fear and imprisonment, rather than angering the American people, brought them to heel. Indeed, in leftist communities, people learned to love their prisons. I’m again too lazy to look, but there have been several articles that leftists have written bemoaning the fact that they have to emerge into the real world as the virus diminishes. It’s Stockholm syndrome on a national scale.

And of course, Leftists got away with election fraud on an epic level. Nothing in the world will ever convince me that 81 million people voted for a corrupt, senile old man who barely left his basement and, when he did hold rallies, was only able to get crowds in the tens to gather for him. And no, I don’t believe that people hated Trump so much that they forced themselves to vote for the perverted, gropy Joe.

Instead, I believe that illegal and unconstitutional changes to election rules allowed leftists to submit tens of thousands of faked ballots and ballots from people who can’t legally vote. In addition, I’m certain that in many areas they double and triple counted ballots. They subtracted Trump votes when possible and transferred them to Biden. They also did other things (such as shutting down the Hunter Biden story) that vaulted a drooling, evil idiot into the White House, along with his cackling, stupid, and America-hating sidekick.

And you know what? None of these criminally and morally evil acts have been punished. Instead, leftists have been rewarded with virtually unlimited power. Their propagandists in the media still have their platforms, still spin their lies, and still collect their big paychecks. Their lackeys in the federal government get massive book deals, which is simply a washed form of bribery.

For leftists in the Pentagon, the military is simply a highway to the highly profitable military-industrial complex. On the road there, the Pentagon’s leftists are turning the military into a vast social justice experiment with troops incapable of waging war. God forbid these troops ever have to face the Chinese because the slaughter will rival what happened when the Soviets threw unarmed soldiers against the Germans for one reason: To absorb German bullets, leaving Germans without weapons and far from their supply chain. Unlike the Russians, though, the Americans won’t win; they’ll just die.

But we, the American people, still have some power to be punitive. The main thing we need to do is embrace a leftist tactic: Boycotts. You see, the money behind all this corruption comes from two major sources: Unions and American corporations. Regarding the latter, we have developed into a nation of pure fascism. This does not mean Naziism. It simply means democracy has been supplanted by an almost all-powerful alliance of governments and corporations.

When it comes to fighting a corrupt government, we’re at a disadvantage. Election fraud, which Democrats are trying to make permanent through killing the filibuster and passing H.R. 1, leaves us disarmed at the ballot box. Our votes no longer count for much.

However, we can still fight the corporations. We do this by hanging onto our money. In Georgia, where Democrats from Biden on down are fighting tooth and nail to prevent voter ID for absentee ballots, the corporations have piled on to support the Democrats. How can you fight this? Don’t fly Delta, don’t drink Coke’s unhealthy products (including those from its subsidiaries), and don’t have anything to do with Major League Baseball. Don’t watch the games so ad revenue dries up; don’t attend the games; and for God’s sake, don’t buy the merchandise.

As far as I’m concerned, at least 81,000,000 Americans voted for Trump — and these were real voters, not phantoms. We still have the power to give the corporations who’ve waded into leftist politics a very painful lesson. And yes, people who work for them will lose their jobs but that doesn’t matter. This is war. Look at my Passover post to understand that, when there is tyranny, people always suffer. The best thing to do is to end the tyranny quickly.

Going back to my daughter’s lesson from the cat, the most important thing we can do is to give a lesson in pain to those corporations that are using their power to destroy America’s constitutional system, substituting in its place a form of crony socialism, aka fascism.