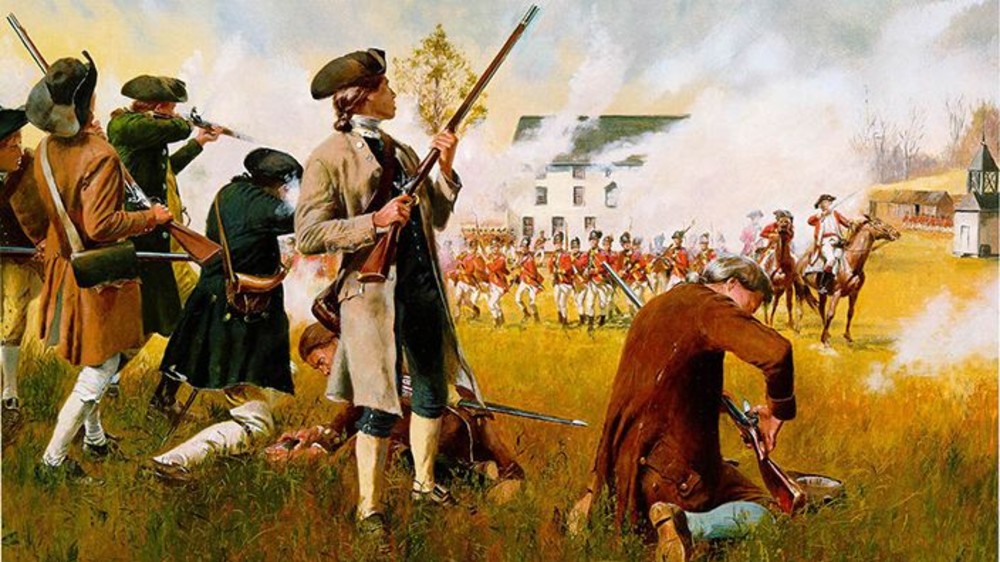 The nature of the modern military and Democrat trends in staffing the military make an armed rebellion impossible.

I sometimes see people on the internet claiming that if the Democrats push conservatives too far – anything from banning meat to erasing the Second Amendment to publicly hanging the people who had the temerity to walk through the Capitol – ordinary Americans will reenact the rebellion against King George over 200 years ago. I don’t believe this can possibly happen, especially because the Democrats have spent the last eight years ensuring that ordinary Americans do not have the wherewithal to stage an effective rebellion. (I hope it goes without saying that I am not calling for rebellion. What I’m writing is purely hypothetical. It’s like mental math.)

People who believe in the possibility of a civilian uprising point to is the fact that Americans are well armed and getting better armed. The current guesstimate is that 42% of American households are armed. Despite the ongoing ammunition shortages, Americans probably have enough ammo to keep them going for a while. Some believe that this is a sufficient bulwark against encroachments on American liberty, which is exactly what the Founders had in mind when they included the Second Amendment in the Bill of Rights.

I have several reasons for believing that an armed rebellion is pie in the sky thinking:

There is a much wider chasm between civilian weaponry and military weaponry than existed in the Revolutionary era. The AR-15’s that Democrats demonize are simply fancy rifles. Some people have more complex and powerful weapons, but for the most part, Americans have pistols and rifles. In the Revolutionary era, the military and the civilians had the same kind of guns. The military added to that canons and mortars. That was it.

Today’s military, though, has an unimaginably more powerful arsenal than civilians do. Just spend a few minutes watching recruiting commercials for the American military. (I mean the recruiting commercials before they started being woke.) We can do low-level civilian warfare for a while, but I happen to think it’s ludicrous to believe that an impromptu civilian army can stand up against the biggest, best-equipped military in the world.

Moreover, it’s not just the military that is so well-armed. I don’t know how many of you remember this, but back in 2013, Obama’s government went on a huge spending binge to equip all federal agencies with massive ammunition supplies. True, they did not get tanks or fighter jets or machine guns, but ordinary, nonmilitary federal agencies are extremely well-armed. They’re effectively alternative military stockpiles.

If civilians are to have a chance against the federal government if it turns against them, they need a military that will side with them. However, starting with Obama, the Democrats have been taking care to make sure that the military does not ally itself with ordinary Americans. I’ve written before about the cancer in the Pentagon, so I’m not going to belabor that point. However, I have a few things to add to it.

As noted, the military is making a huge push to recruit people who are not interested in defending America and the Constitution but are instead dedicated to defending social justice issues. These are people who are okay with you spitting on the flag but will get really angry if you say that, because you are a conservative Christian or Jew, you oppose same-sex marriage.

The Obama administration is trying to cement the transformation of the troops by the huge push to weed out so-called “extremism” in the military. That would be fine if the extremism at issue were Islamist totalitarians who want to create a worldwide caliphate and kill or enslave all Christians and Jews, or were neo-Nazis who dream again of concentration camps. However, it’s been pretty clear that the current definition of extremism simply means someone who supports President Trump – and President Trump, as you may remember, despite all the flak he got for being “abnormal” represented values that were perfectly normal up till around 2008.

The Biden administration is also openly ridding itself of anyone who challenges socialism:

A Space Force commander has been removed from his post after blasting diversity and inclusion training in the military as ‘critical race theory rooted in Marxism’.

Lt Col. Matthew Lohmeier appeared on a podcast to promote his new self published book when he made the comments which led to a ‘loss of trust and confidence in his ability to lead’, according to a statement from the Space Force.

Lohmeier said: ‘The diversity, inclusion and equity industry and the trainings we are receiving in the military…is rooted in critical race theory, which is rooted in Marxism.

‘Since taking command as a commander about 10 months ago, I saw what I consider fundamentally incompatible and competing narratives of what America was, is and should be.

‘That wasn’t just prolific in social media, or throughout the country during this past year, but it was spreading throughout the United States military. And I had recognized those narratives as being Marxist in nature.’

He described the the New York Times 1619 Project as ‘anti-American’, adding: ‘It teaches intensive teaching that I heard at my base – that at the time the country ratified the United States Constitution, it codified white supremacy as the law of the land.

‘If you want to disagree with that, then you start (being) labeled all manner of things including racist.’

A spokesperson told The Military Times: ‘This decision was based on public comments made by Lt. Col. Lohmeier in a recent podcast.

In Biden’s military, the dominant doctrine appears to be Marxism. And the troops whom the Pentagon wants in its new military are those who eschew traditional American values in favor of Marxism, social justice, Critical Race Theory, etc. So, I ask you: Are these the kind of people who will side with ordinary civilians in a revolutionary scenario or are they people who will instead vigorously support a government crackdown?

Moreover, as I’ve pointed out, a Civil War would be more disastrous than anyone can comprehend. Ordinary Americans are so far removed from the source of food that most of them would starve to death in a few weeks if there were a revolution that completely stopped the supply chain. Just think about the fact that it took only three days for gas to run out after the Colonial Pipeline was shut down.

Again let me reiterate, no one I know is arguing for a revolution. To a man (and woman), the people in my world strongly support the Constitution, the ballot box, and the rule of law. This post contains hypothetical arguments that are meant to expose the serious changes in the federal system, especially in the military. They are food for thought. That is all.

At bottom, all of us must hope that honest elections in 2022  and 2204 allow voters to show the true direction in which they want this country’s government to take America.