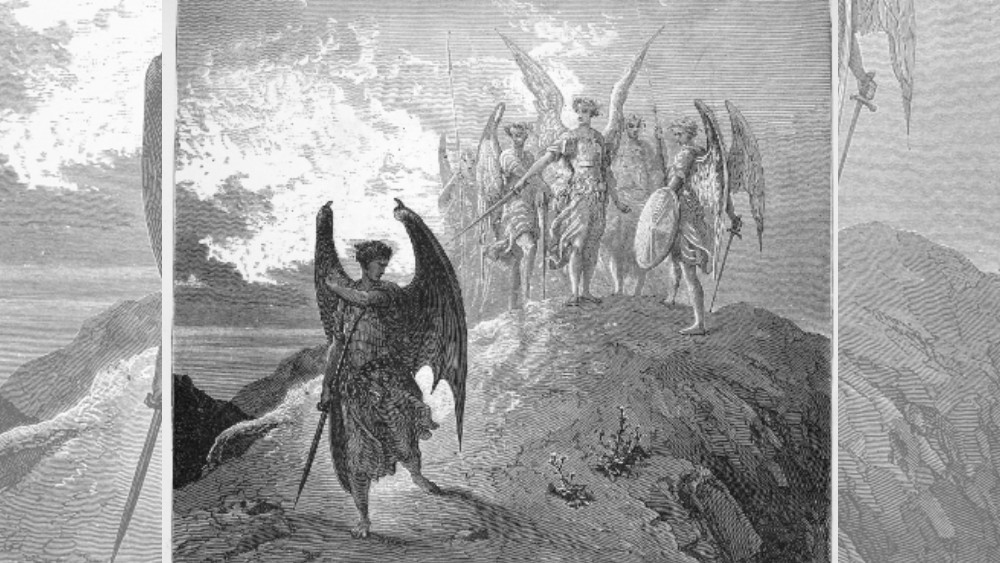 Agatha Christie is endlessly popular not just because her mysteries are good but because she understood human nature and moral corruption.

According to the Guinness Book of World Records, Christie remains the best-selling fiction writer of all time, with total global sales exceeding 2 billion books in more than 100 languages. Her murder mystery play “The Mousetrap” holds the record for the longest-running stage production in the world, and the feature films and TV adaptations of her work continue to multiply. All this from the pen of a writer whose style is dismissed by some literary critics as “wooden” and “formulaic,” and whose lasting appeal is belittled by some as “truly mysterious.”

It is true that she could be formulaic, especially in her early books. Miss Marple’s eyes endlessly twinkled and Hercule Poiret kept twirling that famous mustache. What keeps her books readable, though, is that she never cheats (the clues are always there if you know what to look for). That’s the obvious reason. However, I also believe that, despite her formula and repetition, she understood human nature, something that became increasingly obvious as her writing matured.

I was reminded again of those insights when I watched Tucker Carlson last night. The show included a short excerpt of a discussion he had with an elderly Catholic Bishop who said that modern leftists are dangerous because they believe they are gods. This is true with climate change and he said it’s especially true with the so-called “transgender” movement. That movement represents people taking over the god-like role of human creation, for they believe that they can alter their fundamental nature. Or, as Lord Acton might have said, absolute power corrupts absolutely, a corruption that affects not the material world but the spiritual one as well.

And while the excerpt of the interview with the Bishop didn’t touch upon “expertise” the rest of the Tucker Carlson episode was about the fact that so-called “experts” have been spectacularly wrong about everything. Nevertheless, the leftists embrace their irrational beliefs because they are dressed up in scientific garb, grounded by those “experts.”

Once all those thoughts crystallized in my mind, I instantly flashed to They Came to Baghdad, an Agatha Christie book from 1951.

If you are planning on reading the book, stop right now because the rest of this post is a spoiler. By the time you’re done reading it,  you’ll know “whodunnit,” so don’t blame me if you nevertheless keep reading.

They Came to Baghdad isn’t a country house or small village murder. Instead, it’s one of Christie’s forays into an international thriller-style murder mystery. A shadowy enterprise is trying to take over the world by fomenting suspicion between the West and the communists. It’s quite convoluted and something of a Maguffin. The heroine is an enterprising young Cockney typist named Victoria Jones who meets, Edward, a devastatingly handsome and charming young man, in London, and manages to follow him out to Baghdad.

Unbeknownst to Jones, she’s managed to put herself close to the shadowy organization’s plot for world domination. Along the way, a spy who’s discovered the plot and is trying to get the news to British agents in Baghdad gets stabbed in the heart by an unknown assailant and dies in her bed. Another man who’s trying to bring the help the nefarious plot to light also comes to Baghdad only to get murdered. It’s up to Victoria to help protect a woman who is the last living person with information about the men and women who are moving vast amounts of money around the world, subverting governments, and freely murdering people, all in an effort to achieve world domination.

One of the few clues Victoria has to work with is the dying man having murmured to her “Lucifer.” In conversation with the British agent, it comes up that, while “Lucifer” could refer to a type of match, it could also be a reference to Lucifer in Milton’s Paradise Lost:

…and in my choice
To reign is worth ambition though in Hell:
Better to reign in Hell, then serve in Heav’n.

(There’s still time to pull away now if you’ve read this far because I am on the verge of revealing the killer mastermind.)

Of course, Lucifer didn’t just decide that it was better to rule in Hell than to serve in Heaven. He began as a creature blinded by his own ego for he was the most beautiful Angel of all:

From him, who in the happy Realms of Light
Cloth’d with transcendent brightness didst out-shine
Myriads though bright

And now we get to Victoria, sitting by her beloved, blindingly handsome Edward on the banks of the Tigris. They’re talking, when she suddenly realizes that he possesses information that she never gave him. Instead, he could have received this information only if he was the one who manipulated all the moving parts in order to get her to Baghdad. And at that moment, she looks at the beautiful young man and thinks “Lucifer.”

I’m going to quote at some length from the book now, for Victoria’s insight and Edward’s boasting about his plans struck me as perfectly descriptive of today’s leftists. They’re young and glittering, but they’ve moved beyond the ordinary utopianism of leftism (e.g., “We can make humans behave perfectly if we have government-mandated equity”) and slipped into believing themselves God’s who have the power to control the natural world, right down to the Earth’s temperature and their preferred genetic body type:

His scorn was hardly to be hidden now. This little fool—all these fools of women! So easy to make them think you loved them and that was all they cared about! They had no conception of greatness of construction, of a new world, they just whined for love! They were slaves and you used them as slaves to further your ends.

“But what is it all about? Tell me, Edward? Make me understand.”

“It’s a new world, Victoria. A new world that will rise out of the muck and ashes of the old.”

He told her and in spite of herself she was almost carried away, carried into the dream. The old bad things must destroy each other. The fat old men grasping at their profits, impeding progress. The bigoted stupid Communists, trying to establish their Marxian heaven. There must be total war—total destruction. And then—the new Heaven and the new Earth. The small chosen band of higher beings, the scientists, the agricultural experts, the administrators—the young men like Edward—the young Siegfrieds of the New World. All young, all believing in their destiny as Supermen. When destruction had run its course, they would step in and take over.

It was madness—but it was constructive madness. It was the sort of thing that in a world, shattered and disintegrating, could happen.

“But think,” said Victoria, “of all the people who will be killed first.”

It doesn’t matter—that was Edward’s creed. And suddenly for no reason, a remembrance of that three thousand years old coarse pottery bowl mended with bitumen flashed across Victoria’s mind. Surely those were the things that mattered—the little everyday things, the family to be cooked for, the four walls that enclosed the home, the one or two cherished possessions. All the thousands of ordinary people on the earth, minding their own business, and tilling the earth, and making pots and bringing up families and laughing and crying, and getting up in the morning and going to bed at night. They were the people who mattered, not these Angels with wicked faces who wanted to make a  new world and who didn’t care whem they hurt to do it.

“All things work towards our New Order,” said Edward.

She thought to herself, “Edward, who looks so sane, is really mad! You get mad, perhaps, if you try and act the part of God. They always say humility is a Christian virtue—now I see why. Humility is what keeps you sane and a human being….”
Edward got up.

When you strip away the Marxist gloss of 21st century Democrats and the simplistic Maguffin of Christie’s plot, you find the same thing: People who believe that they are imbued with the power to change reality, and they do not care how many lives ae destroyed in the process.

Agatha Christie doesn’t speak with the erudition of a Bishop. Even after WWII, she couldn’t get over her racial prejudices about Jews and Blacks. She was imperfect. However, like most people born into the Judeo-Christian middle class at the end of the 19th century she was grounded in the things that mattered — and what matters is that there is a bright line between those who have the fundamental humility of knowing that they are mere mortals and those who begin to think that they have the supernatural powers of a god.