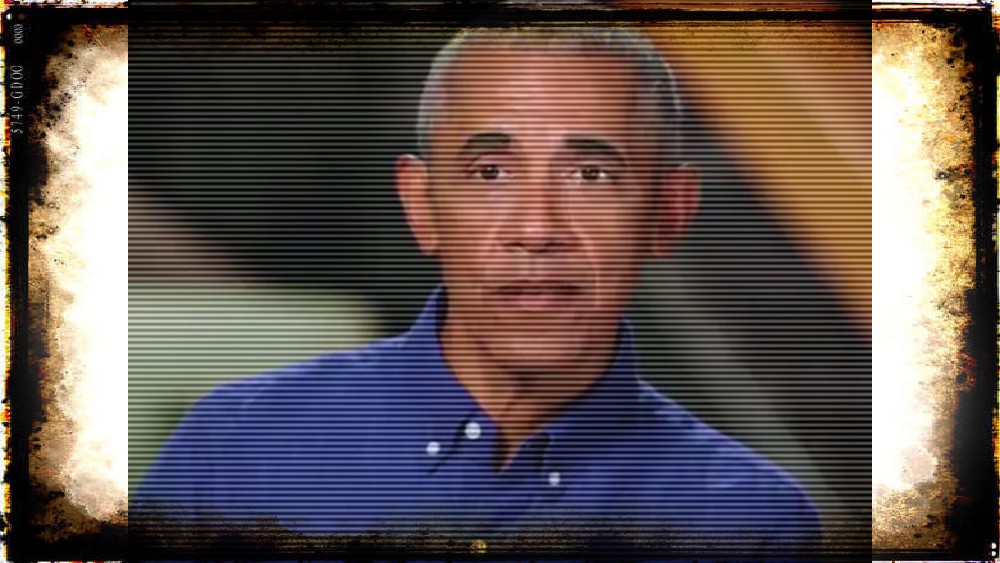 The same man who turned America into a more racist nation than it was before he entered the White House now wants everyone to look away.

Barack Obama is now and always has been a race hustler. He got into the White House by identifying as the culmination of Black America (although his background had no relationship to the American Black experience) and then used his eight years to focus ceaselessly on racial divisions. With Trump’s colorblind hiatus over, and Americans waking up to the devastating effects of the Democrats’ racial obsessions, Obama, with his usual nastiness, is telling Americans that it’s stupid to care.

If Obama hadn’t been Black(ish), he never would have become president. He was a marginal scholar who had a minimal public sector career before becoming a hard-left, ineffectual politician. And then – voila! – he was president, carried into office on a tide of Americans of all colors proudly voting for a Black American.

Except of course, Obama had nothing to do with the American Black experience. His genetic blackness came from an Africa father who left town before Obama was born. He was raised by a White mother and White grandparents, before being educated for several years in Muslim Indonesia. On his return, he attended a chichi private school in Honolulu. Then, despite still-unknown grades (which tells me that his grades were always subpar), he got into Columbia and then Harvard.

When Obama ran for president, leftists told us that he was a “Magic Negro” who would heal America’s racial wounds (which were already healing very well by 2008). Once he became president, we were told that any criticism of Obama’s policies, regardless of facts on the ground or different ideological beliefs about government, was racism so shut up.

Beginning with his writing, continuing during his presidential campaign, and then while he was president, Obama never let up on the issue of racism:

“The Cambridge police acted stupidly…. What I think we know – separate and apart from his incident – is that there is a long history in the county of African-Americans and Latinos being stopped by law enforcement disproportionately, and that’s just a fact.”

“The point I was making was not that Grandmother harbors any racial animosity. She doesn’t. But she is a typical white person….”

“I don’t believe it is possible to transcend race in this country. Race is a factor in this society. The legacy of Jim Crow and slavery has not gone away. It is not an accident that African-Americans experience high crime rates, are poor, and have less wealth. It is a direct result of our racial history.”

“That’s just how white folks will do you. It wasn’t merely the cruelty involved; I was learning that black people could be mean and then some. It was a particular brand of arrogance, an obtuseness in otherwise sane people that brought forth our bitter laughter. It was as if whites didn’t know that they were being cruel in the first place. Or at least thought you deserving of their scorn.”

“It is this world, a world where cruise ships throw away more food in a day than most residents of Port-au-Prince see in a year, where white folks’ greed runs a world in need, apartheid in one hemisphere, apathy in another hemisphere…That’s the world! On which hope sits!”

“If I had a son, he’d look like Trayvon Martin.”

It’s therefore unsurprising that Obama should decide to wade into American’s rising concern about Critical Race Theory (“CRT”) by accusing Whites of overreacting when they should be paying attention to fixing the economy (which Biden is destroying) or climate change (which requires talking to the sun).

“Lo and behold, the single most important issue to them apparently right now is Critical Race Theory. Who knew that was the threat to our Republic?” pic.twitter.com/HyghsGz6Ph

“Who knew [giggle] that that [CRT] was the threat to our republic?” he asks Anderson Cooper, the ultimate White guy who always reminds me of something that crawled out from under a rock, rather than being a scion of one of America’s oldest, wealthiest families, with a disgraceful history of owning slaves. Incidentally, neither Cooper (worth $200 million) or Obama (worth $70 million) shows any desire to turn their wealth over to the downtrodden minorities for whom they profess to care.

In fact, CRT is a threat to our republic. We are not a nation bound together by history, by race, by religion, or even ties to a tiny speck of land on the map. Instead, we are a nation bad together by allegiance to an idea, one that says “all men are created equal” and that the agreement between citizens and the government that is embodied in the Constitution will create a safe and prosperous land.

This ideological foundation for a nation cannot survive tribalism, yet tribalism is exactly where Critical Race Theory is driving us. You cannot have a functioning nation if our institutions insist that White citizens (who are a majority) are evil and are fair game for economic, political, and even physical destruction.

I used to think that Obama’s racism and racial obsessions were grounded in opportunism. I was wrong. Obama is a genuine racist and he views the Republican party, despite the huge upswing in minority support for Trump, as the redoubt for dangerous White people. His attitude is evil and profoundly anti-American.