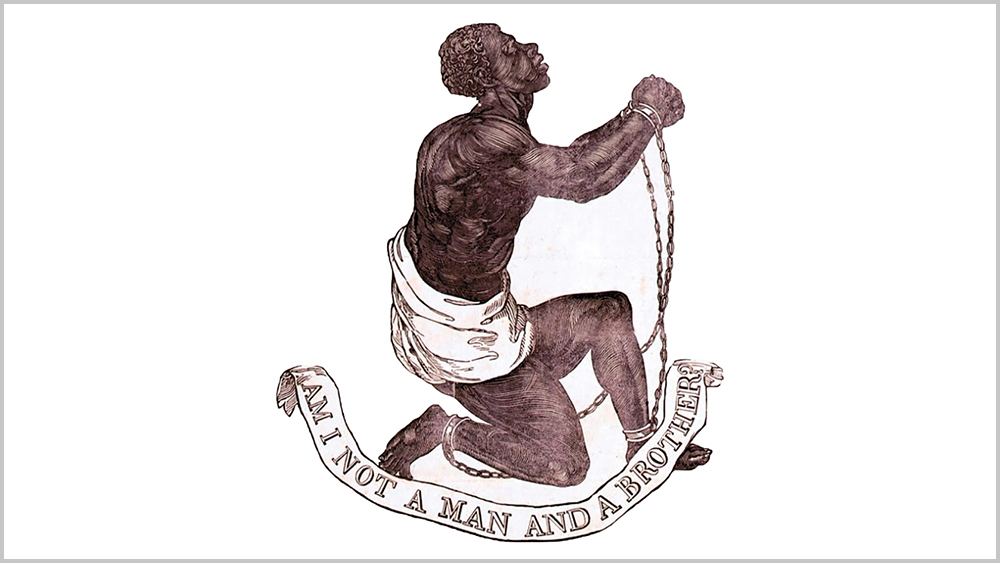 Until American Blacks abandon learned trauma from events that occurred more than 156 or even 57 years ago, we will never have racial harmony.

I never post on Facebook anymore but I do check it regularly because it allows me to see what the loony-leftists in my world think is important. The latest “oh. my. gah!” from the leftist crowd is a New York Times opinion piece from Caroline Randall Williams, “a poet” and, to my sensitive ears, a professional victim.

Williams wrote an essay with an endlessly long title that is so descriptive it pretty much precludes bothering to read the essay at all: “You Want a Confederate Monument? My Body Is a Confederate Monument: The black people I come from were owned and raped by the white people I come from. Who dares to tell me to celebrate them?” The first few paragraphs repeat the theme, after which the whining bored me and I stopped reading (all hyperlinks omitted):

I have rape-colored skin. My light-brown-blackness is a living testament to the rules, the practices, the causes of the Old South.

If there are those who want to remember the legacy of the Confederacy, if they want monuments, well, then, my body is a monument. My skin is a monument.

Williams takes a paragraph to complain about Confederate names and statues, attacks Trump and Mitch McConnell, and then gets back to her main point:

I am a black, Southern woman, and of my immediate white male ancestors, all of them were rapists. My very existence is a relic of slavery and Jim Crow.

According to the rule of hypodescent (the social and legal practice of assigning a genetically mixed-race person to the race with less social power) I am the daughter of two black people, the granddaughter of four black people, the great-granddaughter of eight black people. Go back one more generation and it gets less straightforward, and more sinister. As far as family history has always told, and as modern DNA testing has allowed me to confirm, I am the descendant of black women who were domestic servants and white men who raped their help.

She goes on from there about the fact that she is a testament to rape. The thing is that no one in modern America is defending slavery and the culture of slavery. What they are saying is that we don’t want to repeat the experiment of the French Revolution, which is to start the world in the Year 1. Too much is lost; too many babies thrown out with the bathwater. And too many lessons learned the hard way are forgotten.

And a few more points:

Most importantly, get over it. The Holocaust happened within the lifetime of people still alive today. Reparations were given to people who experienced it first-hand. Many adults today were raised in homes that the Holocaust directedly affected.

We remember the Holocaust as a reminder never to do that again. We remember it because it tells us that the Oldest Hatred, the one for the Jews, destroys those who embrace it.

And we remember it because Hitler’s conduct deviated from the accepted norms of the time. Admittedly, many people disliked Jews, a problem Jews have dealt with since Biblical Times. However, for a nation to attempt world domination, the complete erasure of disfavored people (Jews, gypsies, homosexuals, and those with physical or mental disabilities), and the total enslavement of lesser beings who were one step above liquidation was an act of extraordinary evil in an era that had developed a morality that no longer accepted such behavior.

American slavery was different from the Holocaust. I’m not defending it. Slavery is always a moral evil but you still cannot liken it to the Holocaust or — as many Blacks do — say that they are even greater victims than the people who experienced the Holocaust first-hand were.

American slavery came into being during a time when slavery, which has existed since man stepped down from the trees, was still normative. To the extent it was present in the New World, it wasn’t just the Europeans who practiced it. The Native Americans had been practicing slavery for centuries before Europeans came and continued to practice it through the Civil War. All stone age tribes practiced slavery. Warfare was constant. You kept alive those who could be worked and tortured everyone else to death.

Before the modern era, there wasn’t a time or place in the world that did not have slavery. Ironically, it was the Jews — the same people the Blacks and the Marxists hate so much — who first took a stand against the moral wrong of slavery. Passover, the central event in the Torah, was a slave revolt. And while the Old Testament recognizes slavery — which was omnipresent in the ancient world — it was the Jews who first came up with the moral obligation to free slaves.

Exodus, Deuteronomy, and Leviticus all have rules for Jews owning Hebrew slaves and these rules include humane treatment and manumission. The rules were not modern — they didn’t ban slavery and children born into slavery remained slaves — but they recognized humankind’s first inkling that slavery was a moral wrong and needed remediation.

Since the modern era, Judeo-Christian countries revolted against the previous norm of slavery. It was the religious revival movement known as the Great Awakening, which began in the 1740s, that started the modern abolition movement. When people of good will had to confront the fact that we are all made in God’s image (the Bible does not say different races reflect different images or different Gods), slavery became impossible to accept.

America eventually ended slavery in a welter of blood, pain, and economic destruction. The same is not true for other present-day slave states: Marxist countries are built on the enslavement of everyone. Moreover, in China and North Korea, enemies of the state (Uighurs, people the ruling class dislikes, people who neglected to cry enough at a funeral) are in vast concentration camps that invariably include slave labor. Islamic and African countries have never stopped enslaving people.

So when I say to Williams “get over it,” I really mean it. Frankly, in America 156 years after slavery ended, 57 years after the Civil Rights Act, and 13 years after a nation that once enslaved and disenfranchised Blacks elected a Black president, you’re just not that special. Moreover, if you look at the quality of life of Blacks still living in Africa, you are very lucky that your distant ancestors suffered as they did. Keith Richburg wrote about his sense of gratitude that he was born into America, not Africa, and I recommend that you read his book.

Meanwhile, I can lay claim to being a second-hand victim of slavery a whole lot more than you can. My mother was enslaved in a Japanese concentration camp from 1941 through 1945. She never got reparations because the Japanese refused to pay them. The Japanese people, though, got well punished in the form of two atom bombs and the complete destruction of their country. In 2021, I drive a Japanese car and have been to Japan three times. When I see old Japanese people, I think to myself, “You might have been a child during the wow. ” When I see young Japanese people, I don’t think of the war at all. It’s over. It’s past. My mom is dead. I’m a free American.

Oh, and I can also lay claim to being the product of past rapes. There’s a reason, you know, why Judaism is passed through the maternal line. It wasn’t because Jewish wives were routinely cheating with non-Jewish men. It was because rape was an ordinary fact of life for Jews, wherever they lived. The way to keep Judaism alive was to say that, whether the father was a Jew, a Cossack, a Nazi, or anybody else, that child was an innocent and valued life, and it would be raised within the Jewish tradition.

I think that rule explains why I have Native American blood in me. I’m pretty sure that my female Jewish forebearers from Russia were raped by Russian men who came from regions that had back and forth traffic over the Bering Land Bridge that once connected Siberia to North America. In other words, because I’m Jewish, I apparently have more Native American blood than Elizabeth Warren. Now that’s funny.

America’s Blacks need to stop claiming that they’re victims because of things that happened decades and even centuries ago. Or, if they’re going to play that game, they also should start pointing fingers at the African tribes that first enslaved their ancestors and marched them to the Muslim slave traders who sold them to the Europeans. When it comes to slavery, there’s a lot of guilt to go around.

People have come to America from the world’s worst hell holes. Those who abandoned victimhood and embraced certain universal values thrived: Work hard, stay married, bully your American kids into doing well in school, save money, stay out of trouble. It won’t work for everybody — there’s bad luck out there — but it works for almost everybody.

And here’s one other suggestion for Blacks who feel like perpetual victims. If you get pulled over for “driving while Black,” instead of talking about “systemic racism,” and blaming Whites and police, why don’t you blame the many Blacks who have stupidly embraced as their own the worst type of Southern White culture and committed the behaviors that lead today’s cops to view Blacks with suspicion? Subject to a small number of exceptions, these cops are not Bull Connor. They’re just people who recognize patterns. Blacks need to work within their own communities to end those exceptions.

And now my rant is done — and it’s not racist because I’m giving Williams and other Blacks the respect due to anyone whom I see destroying his or her life with bad ideas. That is, I’m speaking the truth and offering useful advice from one who, in many ways, grew up a lot closer to slavery than Williams and others did. (And by the way, all people who escaped from a Communist country and those people’s children can lay claim to the same “slavery” victimhood talk too.)