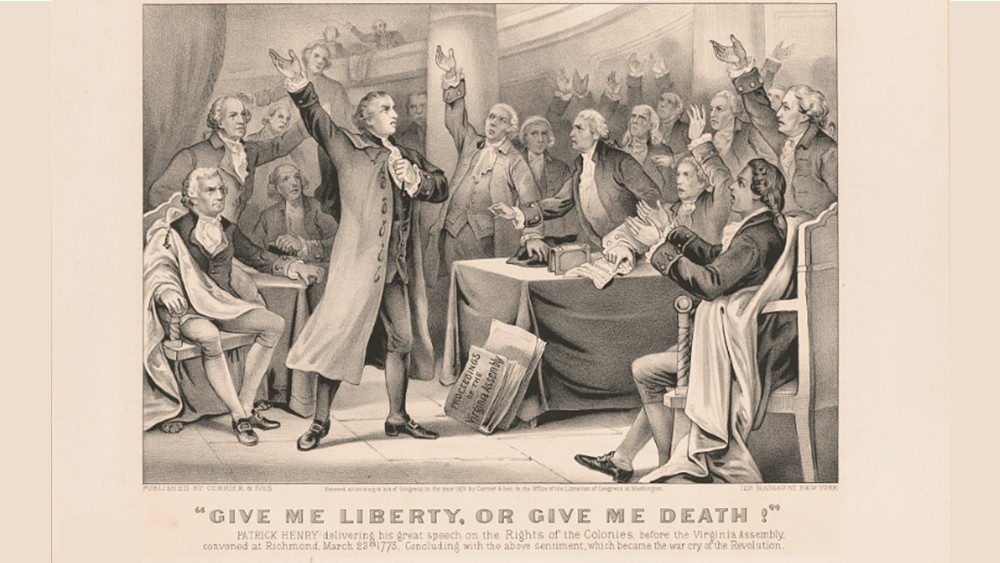 Modern society’s ability to stave off death and pain has (counterintuitively) made us a weaker people, more vulnerable to tyranny.

I was discussing with Wolf Howling the horrors of 18th century warfare. War, of course, is always hell. It’s sold to young men as a wonder of dashing uniforms and adoring women, but is, in fact, a regimented life against a backdrop of boredom punctuated by terrible fear and, often, great suffering. Some people love the life; some hate it. My father, who fought in Crete and at El Alamein, hated it in real-time. After the fact, though, it was clear that he mourned the loss of that unique sense of camaraderie and purpose that was the backdrop to his military service.

War in the 18th century, though, was an even worse hell than in the 20th and 21st centuries, and that’s because of the state of medicine at the time. There were no medics and there was no way to get wounded men to treatment. Men felled in battle lay on the field hoping that their side won and that someone would eventually come by to recover them before they died. Even if they were rescued, though, the state of battlefield medicine was so primitive that it held its own horrors. Men who were gutshot inevitably died horribly as sepsis overtook them. Those who sustained injuries to their limbs got treated if the limb could be saved (broken bones set, wounds stitched) or had their limbs amputated if the doctor judged that gangrene – and all was done without anesthetic or sterile practices.

Thinking about it, though, the hell of war was just a heightened version of the hell of everyday life in the 18th century. Suffering was the norm. Women died in the agonies of childbirth and their children had a 50% chance of reaching the age of 5. Every injury, no matter how small, carried with it the risk of a fatal infection. Every problem that required surgery took place, as noted above, without the benefit of anesthetics.

Additionally, this was the Age of Heroic Medicine, which saw physicians bleed people to death in the name of healing them, treat their illnesses with toxic mercury, and include intriguing ingredients such as poop, urine, ground-up bugs, and other disgusting and poisonous things in “medicines.” And of course, diseases that we now treat with antibiotics or viruses that have treatable symptoms, routinely swept through communities, killing 20-90% of people within a short time.

Compared to today, life was an unending cycle of suffering and death. One would think, then, that people would be loath to add to the possibility of death and suffering. And yet the opposite was true. Their familiarity with death and pain, their understanding that it was an inescapable part of life, gave them a fortitude that most of us seem to lack today.

Patrick Henry cried out “Give me liberty or give me death” – and he meant it. Today’s Americans say “I’ll take tyranny to avoid even the risk of death from a disease that primarily kills the elderly and, even with that, has a less than 2% mortality rate.” But of course, death is unavoidable. We can try to delay death – and, indeed, we do so with remarkable success much of the time – but we cannot avoid it.

In many ways, our desperation to avoid the pain and death that were daily companions to our ancestors risks exposing us to the horrors they feared but, because of their courage, didn’t have to face. When people are willing to sell everything for safety and to avoid imminent death, they will invariably give themselves over to the tyrant who promises them safety. Inevitably, though, even if the tyrant is able to stave off the famine or enemy attack, I’m hard-pressed to think of a tyranny that hasn’t begun with the promise of safety – from want or from enemies – and ended with the tyrant ultimately making the people’s worst nightmares come true.

Ironically for those who take the tyrannical shortcut to pain relief and delayed mortality, at the end of the day, freedom – and with it the enormous material strides of a free people — is the only thing that can help us achieve those goals. It’s freedom that gives us the type of medical care that we enjoy. It’s tyranny that says hospitals will henceforth dole out medical care based on race.

It’s freedom that allows us to protest an oppressive government. It’s tyranny that rounds up only those protesters whose policies offend the tyrant and sticks them in a violent, dangerous jail to molder away. Right now, it’s the Trump supporters but those who insist the men are men and women are women may soon find themselves sharing the next cell – because if there’s one thing that’s certain, it’s that tyrants get paranoid and eventually begin to kill not just real threats to their rule but perceived ones too, no matter how delusional that perception.

(By the way, I am second to none in my fear of pain and death. I do not hold myself above this indictment of modern people willing to trade liberty to defer death.)