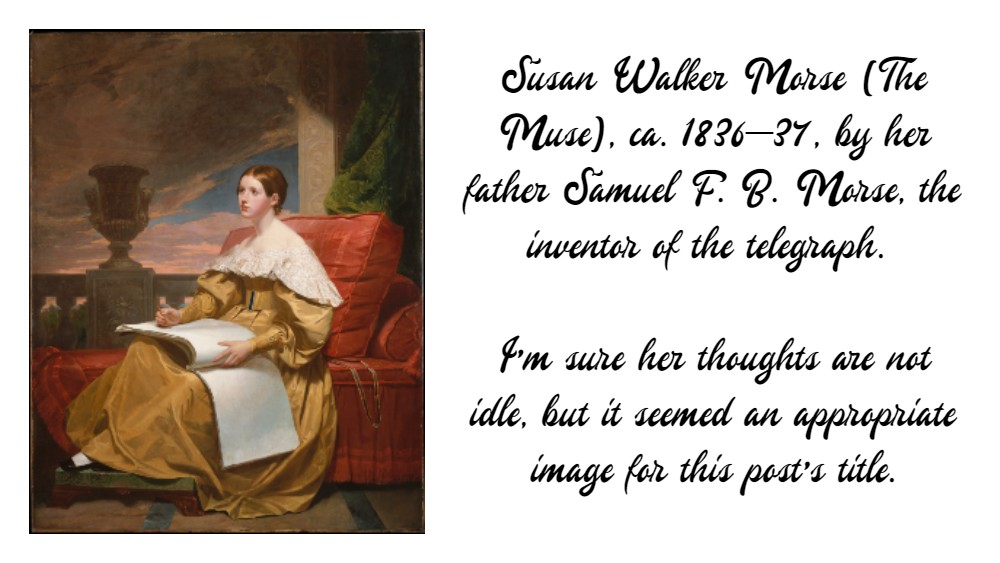 I address some random things that madden me: the awful Twix commercials, useless vaccines, and the bankrupting of America.

Not long ago, I calculated that I’m writing the equivalent of a full-length novel every three weeks, which explains why I go through ergonomic keyboards about every 6-8 months. As I sit here now, the thought of writing an actual coherent post is beyond me, but I do want to talk about a few things that are bugging me big time.

The Twix ad. I pledge here and now never again to buy any Twix candy for Halloween. The reason? That ad that just came out, which is wrong on so many levels I can’t even begin to say. The most obvious wrongness, of course, is that it actively pushes cross-dressing on little boys. It’s grooming for transgenderism.

You know my thoughts about the fraud of transgenderism, which I articulated at the greatest length here.

But the commercial is disturbing at a level that should also bother the “pro-transgender” faction because it basically explains how to kill children: A little boy is home all alone and answers the front door. My kids would have been punished for a week had they ever done something that terrible. Then, again without any parental involvement, the little boy spends the afternoon with…a child killer.

So the commercial isn’t just grooming children for transgenderism, it’s also setting them up to be the victim of child predators. And this is all okay with Twix and the Mars candy company because it’s woke. You can complain here. If our country is to survive, this must be the year of ordinary people rising up in protest against the insanity American corporations are pushing at every level: race, sex, national security, and core child safety.

The lack of science behind those who want vaccine mandates: I wrote some time ago about expecting a visit from lovely progressive friends who said that politics shouldn’t destroy friendships (although I can’t find the post now). Well, they came and it was an absolutely wonderful visit. I was reminded why I like this couple so much, for they are fun, interesting, intelligent, and easy-to-be around. In addition, and I can’t give details, they are also two of the best people I know who practice true charity from their hearts and souls.

Despite being vaccinated, whenever we were in a crowded place, they wore masks lest they get COVID halfway through their vacation, which would be a disaster. That was a legitimate concern and, separate from the fact that their constantly reused masks are functionally useless, they were right to worry given that we know that the vaccination does not prevent people from getting COVID. In Illinois, vaccinated people are dying now at a higher rate than unvaccinated people. This doesn’t mean the vaccine kills you. It just means that, even in a state with a high vaccination rate, everyone is still getting sick and people are still dying.

What struck me, though, was that one of my friends mumbled as she put on her mask that she wished everyone would just get the damn vaccine so that life could return to normal. I did not respond because (a) it wasn’t a comment meant for me and (b) we had agreed that politics was not going to be a topic dividing us. However, my thoughts went to four places:

Biden’s spending. The Democrats are continuing to print money, seemingly utterly unconcerned about inflation. At the same time, their policies (ending domestic oil and gas production, destroying trucking, firing tens of thousands of people, opening the borders to people salivating to get onto our welfare and healthcare systems) ensure that, even as there is more money in circulation, there will be fewer people and fewer products for that money.

Although you don’t hear about it of late, I haven’t forgotten that, in 2013, Paul Krugman, the Nobel Prize-winning economist, seriously proposed a “trillion-dollar coin” as a way to fix the debt ceiling and other problems with runaway Democrat spending:

For those new to this, here’s the story. First of all, we have the weird and destructive institution of the debt ceiling; this lets Congress approve tax and spending bills that imply a large budget deficit — tax and spending bills the president is legally required to implement — and then lets Congress refuse to grant the president authority to borrow, preventing him from carrying out his legal duties and provoking a possibly catastrophic default.

And Republicans are openly threatening to use that potential for catastrophe to blackmail the president into implementing policies they can’t pass through normal constitutional processes.

Enter the platinum coin. There’s a legal loophole allowing the Treasury to mint platinum coins in any denomination the secretary chooses. Yes, it was intended to allow commemorative collector’s items — but that’s not what the letter of the law says. And by minting a $1 trillion coin, then depositing it at the Fed, the Treasury could acquire enough cash to sidestep the debt ceiling — while doing no economic harm at all.

Because Krugman and other spendathon leftists live in the airy-fairy world of economic theory, rather than down on the ground where facts actually matter, we must again remind them that currency is merely a representation of wealth; the real wealth lies in the peoples’ savings and output.

As I constantly reminded my children when they were little, before there was currency, people’s medium of exchange was things of actual value: their labor and the products of that labor, especially foodstuff. If a farmer’s most valuable asset was a cow but he needed grain for planting, he would take that cow to market and barter for the grain. But what if he needed less grain than the cow’s value? Or what if he needed not just one type of grain but several, each from a different farmer?

Slicing off parts of the cow in real-time would be a disastrous way to get value for the cow, and I’ll leave you to imagine why. If you multiply that problem by thousands of people and hundreds of thousands of transactions, you get a pressing need for an easily transportable and fungible medium of exchange. Moreover, it has to be one that’s not so common that everyone has access to it (e.g., pebbles), rendering it valueless.

Enter gold. And silver. They actually have no intrinsic value because they’re pretty useless for survival. You can’t eat or drink gold; it won’t keep you warm in the winter; it has no medicinal value; etc. Gold’s virtue lies solely in the fact that cultures have agreed that it represents value and can therefore that can be exchanged for goods and services.

When capitalism brought the world out of subsistence-level poverty (which was also a world in which few had gold) and as governments became more stable and could be trusted to take care of a nation’s true worth, we started having paper currency and now we have electronic transactions that just send bytes around. Still, we accord these pieces of paper and electronic blips value because they stand in for a nation’s wealth. As a nation’s wealth declines, those papers and bytes become worthless.

And that’s where we get to today’s mind-boggling and tremendously frightening inflation. Biden’s policies are destroying America’s wealth. You only have to watch this incredibly depressing Tucker Carlson opening monologue to see what I mean:

A trillion-dollar coin, more printed money, and quantitative easing are not wealth. They are just increasingly valueless representations of a country that is no longer providing goods and services that people want to exchange or that have value abroad.

And those are the things I wanted to get off my chest.