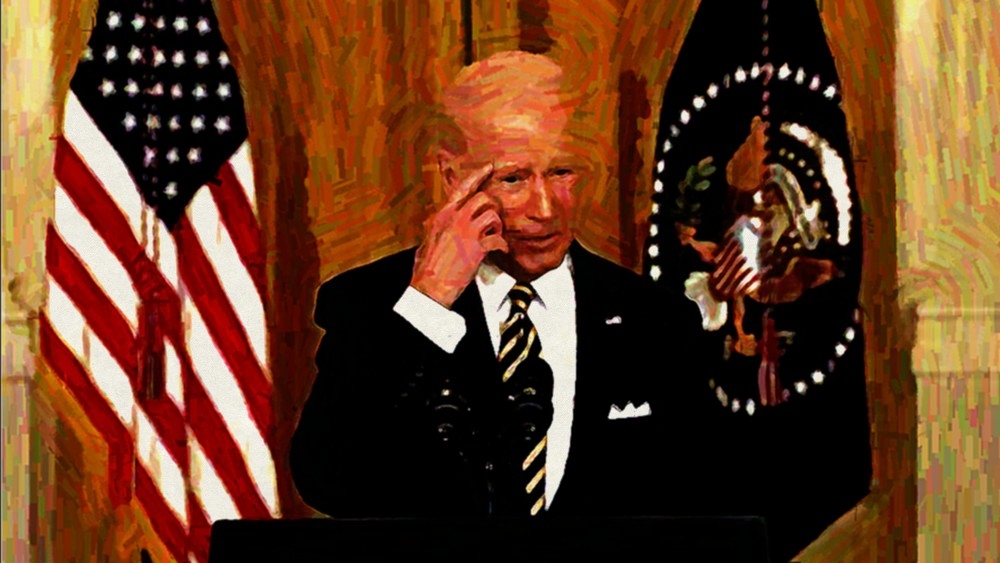 I found Biden’s press conference illuminating, but not for the obvious reasons tied to his stupidity, meanness, and failing mind.

I don’t think I need to add to what you’ve already heard about (or heard for yourself) when it came to Biden’s press conference. He invited Russia to invade Ukraine, pre-invalidated American elections, blamed Republicans (the minority in Congress) for his inability to get bills passed, and took no responsibility for all the disasters on his watch (inflation, the border, COVID deaths, Afghanistan, etc.).

What I want to say is a little different: A lot of people, including me, have been referring to Biden as a puppet. His handlers give him speeches, notes, talking points, and TelePrompters, and then Biden, the good captive, obediently mouths what’s fed to him.

Having watched large chunks of his almost two-hour performance last night, I think it’s clear that Biden is completely on board with the agenda over which he presides. Sure he had some notes to shuffle around, but this was all Biden. He’s not a puppet. He’s stupid, somewhat demented, and a mean-spirited demagogue, but he believes in what he’s selling. No one is putting those words in his mouth. He spoke them with passion and conviction because he believes them.

And honestly, it’s entirely in character with the man Biden has always been. He’s always been stupid. He’s always been a demagogue. Just look at his role in borking Bork and lynching Clarence Thomas. He’s always been a boastful, mean-spirited bully. He’s always hung with the racist Democrats, whether it was the anti-Black Jim Crow racists still in Congress during the early 1970s or the anti-White Critical Race Theory socialists taking over the Democrat party in the third decade of the 21st century. And he’s always been drastically, dangerously wrong on foreign policy.

At the end of the day, while Joe’s obvious incipient dementia is unsettling when he spews forth his racist demagoguery, stupid policy decisions, egotistical delusions, etc., it’s still Joe and he’s all on board with the garbage he willingly spouts.

Oh, speaking of dementia, there’s been a kerfuffle about the fact that the White House refuses to release Biden’s visitors’ logs for the 100+ days he spent at his houses in Delaware. Jen Psaki spouted nonsense about his need to be near the graves of his first wife and of Beau, As I’ve long written, if Beau hadn’t died (and certainly, it was sad that he was stricken with cancer as he was), Biden would have had to kill him because Beau gives him cover so many things that are corrupt or stupid.

Some people are saying the White House is holding the records because Biden spent the time with his son Hunter’s cronies plotting more ways to get money off of corruptocrats and Chinese autocrats while destroying America. I don’t see that happening for two reasons. First, it’s enough that Biden is in the White House for Hunter to get deals. Second, Hunter is now under closer scrutiny so it’s harder for him to be as corrupt.

I have a different theory: I think all those visitors are doctors who are working hard to hold Biden’s corrupt, stupid little mind together for the next three years. If I’m right, that would be a very significant thing for the Democrats to hide from the public.