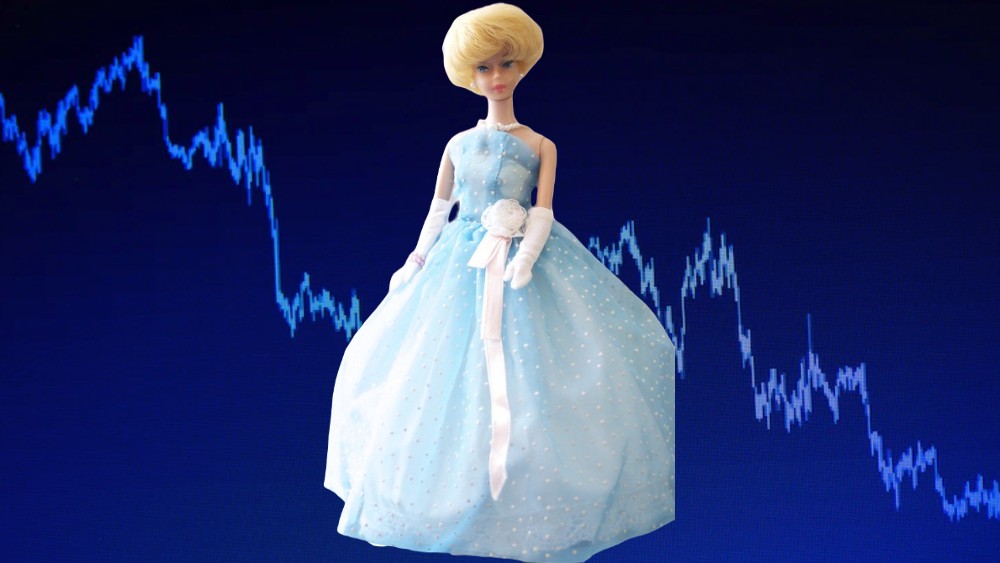 If you think there’s no connection between bald Barbies and what the Biden administration is doing to the economy, let me explain why you might be wrong.

As a child, I loved playing with Barbies. I had some mid-1960s hand-me-down Barbies, complete with their Bubblecut Bouffant hairstyles, as well as late-1960s Barbies, which had long hair.

When I was about eight years old, I liked the short hair on my older Barbies and wanted to bring that same “classic” style to my newer Barbies. Sadly, I was unclear on a few concepts: (1) the bouffant hairstyle was made of molded nylon and could not be replicated simply by cutting the hair on a long-haired Barbie; (2) Barbie hair, once cut, does not grow back; and (3) I was incapable of cutting straight.

It was this third problem that led to my collection of bald Barbies. I’d cut a little bit of hair off and would immediately realize that the hair was now uneven, being longer on one side than the other. I’d take my scissors to the longer side, only to over-trim it, leaving the other side too long. So, back and forth I’d go, constantly trying to fix my incompetent cutting. Eventually, Barbie would have an uneven crew cut and I, in frustration, would cut everything off, leaving only some unattractive remaining lumps of nylon stubble.

I kept thinking of my bald Barbies when I listened to Ben Shapiro explaining why the revision to the third-quarter figures so that they showed some economic growth, may not be the miracle the Biden administration and its media flunkies claim it is.

(Before I get to the connection between Ben Shapiro’s video and bald Barbies, let me just throw in my two cents about the economy: First, I no longer trust any government figures, so the revisions don’t impress me. Yes, that’s cynical, but we’ve been burned repeatedly, haven’t we? Second, as I understand it, some of the growth reflects increased consumer spending. However, it’s not clear to me whether that’s derived from the number of goods bought or the number of dollars spent. If the former, well, that’s a decent point of analysis showing newly robust purchasing. However, if it’s the latter, we’re all spending more money only because our money is worth less, thanks to the government printing more money.)

Now, back to my main point:

I was listening to Ben Shapiro’s economic analysis while I was walking the dog. This is not the best way to listen to his rapid-fire delivery about a complex and, to me, somewhat opaque process. Between keeping an eye on the dog, watching for cars, and saying “hello” to neighbors, I probably absorbed only 80% or so of what Ben had to say.

You see where I’m going with this, right? You can do the same analogy with medicine. The patient shows up with a specific complaint and gets Drug A. Drug A causes a serious side-effect, which is remedied with Drug B, which causes a serious side-effect that requires Drug C, which causes another side effect for which the patient receives Drug D, which the patient’s original complaint lost in the welter of serious and escalating side effects.

Whether you’re looking at Bald Barbies or drugged out (or even dead) patients, the problem is the same: There’s no overarching competence that says leave the Barbie’s hair alone or don’t give the patient Drug A because it creates a disastrous snowball effect. Instead, the Biden administration is bouncing from one economic policy to another like the shiny silver ball in a pinball machine. It’s trying desperately not to end up in the hole and frantically zings around with new approaches.

All I can say is that, unless you’re a Barbie hairstyle maven, a genuinely talented physician, a pinball wizard, or a Milton Friedman-esque free-market economist, the outcome that occurs when a leftist government does something to the economy, rather than nothing to it, is always likely to be a bad, sad, bald, sick, lost ball, dead end.

Ben’s analysis is at the beginning of the video:

As a reminder, my old newsletter program bit the dust, taking everyone’s addresses with it. I finally seem to have a stable program so, if you’d like newsletters to keep track of my erratic posting schedule, you can see the sign-up form on the right.

Image made by editing Declining economy chart by jcomp, and Barbie by RomitaGirl1967 (CC BY 2.0).