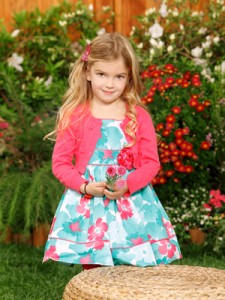 A friend tipped me off to the fact that a few deranged individuals have been sending hate mail and threats to an absolutely adorable five-year-old girl who stars on the Disney Channel’s show Good Luck Charlie.  The trigger for this behavior was an episode in the show that saw Disney decide to peddle same-sex marriage to the kindergarten crowd:

On January 26, the Disney Channel made a gentle stride into a more progressive era by featuring its first-ever same-sex couple on an episode of Good Luck Charlie, introducing two lesbian moms who bring their child over for a playdate, then show everyone they’re just like normal parents by not scissoring or establishing a golf pro shop in front of the kids.

Unsurprisingly, conservative groups objected to Disney’s tactic, proving that they’re a bit slow on the uptake here.  As the friend who notified me about the kerfuffle pointed out, Disney long-ago stopped being family friendly, meaning that it no longer stands for the family values in which Walt Disney believed and that were once normative in America.

In the last couple of decades, Disney has been responsible for an incredible amount of brightly colored, highly polished, cheerily-presented trash being streamed into America’s homes.  Small wonder that so many former Disney stars have embraced drink, drugs, and very public sexual misbehavior.  (Hey, Miley!  Is that you?)  Indeed, to discredit once and for all any hint of Walt Disney’s old-fashioned values, big name stars such as the ubiquitous (and, to me, increasingly dull) Meryl Streep have resurrected the old Leftist canard — unsupported by any evidence — that Walt was a rabid anti-Semite and someone so sexist that, even by the standards of the day, he stood out.  All of which is to say that nowadays Disney is just another corporate Hollywood institution staffed primarily by the entertainment world’s Democrat Party fanatics.

But getting back to the hate mail the show engendered.  To the extent people felt the need to protest Disney’s right to preach gay marriage to the toddler set (something protected by freedom of speech, but perhaps not wise as commercial speech), they should have done so by writing to Disney’s corporate office and (a) politely explaining their objections and (b) equally politely say that, because of those objections, they would henceforth delete Disney from their child’s playlist.  Most, I’m sure, did.  At least one person, however, followed the path of derangement:

Now police are investigating some voices who have been making death threats aimed at the show’s star, Mia Talerico. By the way, Mia Talerico is 5 years old.

TMZ first noted that Talerico began receiving death threats on her Instagram feed last month, right around the time the “controversy” broke. According to police reports, these included messages such as “Die Mia, Fucking die in hell! Kill yourself, you deserve to die.” That same suspect also reportedly sent a photo of Talerico’s head covered by a bloody fist and the message, “Yes, kill you stupid bitch.” Again, Talerico is 5 years old, and the star of a Disney show about an adorable little girl that had lesbians on it one time.

My friend commented that there are few things worse than stupid conservatives.  I agree, although I think there are two other possibilities here:  (1) the person who sent those vile threats isn’t politically motivated but is, instead, solidly insane and dangerous; and (2) it’s a false flag operation, run by a Leftist seeking to discredit conservatives.  This is not as wacky as it sounds.  In the past year, I’ve been aware of two instances in which Leftists sent hate-filled material to themselves, once at Oberlin and the other at the University of Wyoming, in order to discredit conservatives and to satisfy their histrionic personality disorders.  (Here’s a list of other anti-conservative hate-crime hoaxes.)

On the off-chance, though, that this really was someone spewing insults and threats against a five-year-old in the name of conservativism, I have the perfect response. Conservatives need to use the Islamo-defense mode. You know how it goes: Some guy hollering “Allahu akbar” blows himself up in a crowd. Lots of people begin to say, “Gee, these Muslims sure are violent.” At which point the apologists in the Muslim community say, “If they’re violent, then they’re not real Muslims.” By saying that, the Muslim community disavows responsibility for the act and, by extension, disclaims any obligation to look at its teachings to see if they could be modified so as not to be an inspiration to perpetual and murderous outrage.

If conservatives were as media savvy as their ideology is realistic and intelligent, their defense here would be, “Anyone this stupid, vicious, twisted, violent, and generally hate-filled, is not a real conservative.”  Right now, we have a habit of demanding that bad actors who label themselves as conservatives should be punished for their bad acts, but it doesn’t seem to have occurred to anyone in the conservative front lines to say “That person is not a conservative.”

Doing things the Islamo-defense way means that one never has to look at the ideologies underlying the bad behavior to determine whether the actor is in harmony with the ideology (“Muhammad is God’s apostle. Those who follow him are ruthless to the unbelievers but merciful to one another”) or acting in opposition to it (“hate the sin, love the sinner”). Indeed, it’s this type of blessed ignorance that allows people to declare that the 9/11 terrorists who killed 2,996 civilians on a sunny morning were Freedom Fighters indistinguishable from the American Revolutionaries who battled the British King’s troops.