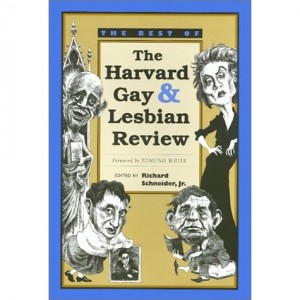 Yesterday I briefly wrote about Emmett Rensin, a University of Chicago grad who is deeply, abjectly in love with socialism.  Yesterday was also the day that Bruce Bawer looked closely at Sandra Y. L. Korn, a Harvard student who makes Rensin look like a stodgy banker:

Who is Sandra Y.L. Korn? The contributor’s note identifies her as a member of the class of 2014, a Crimson editorial writer and columnist, and “a joint history of science and studies of women, gender and sexuality concentrator in Eliot House.” “Concentrator” is apparently Harvardese for “major.” Ms. Korn’s college education consists, then, of courses in Women’s Studies and in “History of Science,” which, according to Harvard’s website, “offers students the possibility of studying the history and social relations of science” but “does not require students to take science courses.” (Which, of course, is ridiculous: how can you begin to understand what science is without actually studying a science?) Ms. Korn, I also discovered, is working on a thesis about “how biologists have tried over and over again to explain gender difference by invoking ‘science.’” In other words, she’s learned about science – without really learning any science – in order to discredit “science,” a word she puts in scare quotes. (Her project is, note well, entirely consistent with Women’s Studies dogma, which teaches that science is “masculinist.”)

Ms. Korn, I further discovered, is not only a prolific columnist – writing regularly for both the Crimson and the Harvard Political Review – but an active member of Occupy Harvard, the Progressive Jewish Allliance, the Student Labor Action Movement, and BAGELS, “Harvard’s group for bisexual, gay, lesbian, and transgendered Jews.” In her columns, she’s paid tribute to the Black Panthers, celebrated the Occupy movement, and chided those who cheered Kim Jong-Il’s death. She’s opposed allowing ROTC back onto the Harvard campus, one reason being that “[i]nternational students…from countries not allied with the United States” might object to their presence. She’s criticized Harvard’s plans to distribute lecture courses on the Internet as the latest development in “a long history of imperialism in which U.S. elites have told an increasingly globalized world that what they thought was best.” She’s written that “[w]hile violent resistance through Hamas is not right,” it’s “not incomprehensible,” given that “non-violent resistance cannot make the international community pay attention to the plight of the Palestinians in Gaza.” And she’s dismissed as “Islamophobia” any statement of the objective fact that anti-Semitism is a core element of contemporary Palestinian identity.

For a completely different view of college issues, check out Caitlin Flanagan’s in-depth article about college fraternities.  It’s long, but I found every word riveting, and because it stirred up college memories, not of being in a sorority (I wasn’t), but of seeing Greeks in action.  I arrived at Cal shortly after Animal House had revitalized the Greek system.  Often, because I commuted, I found myself walking past fraternity row to get to and from my car.  It was an edifying look at binge drinking and chronic alcoholism.  Too many fraternities still seem to suffer from those plagues, and all that flows from them:  rank stupidity, dangerous and deadly falls, and rape.  Anyway, how could you help but love an article that starts this way:

One warm spring night in 2011, a young man named Travis Hughes stood on the back deck of the Alpha Tau Omega fraternity house at Marshall University, in West Virginia, and was struck by what seemed to him—under the influence of powerful inebriants, not least among them the clear ether of youth itself—to be an excellent idea: he would shove a bottle rocket up his ass and blast it into the sweet night air. And perhaps it was an excellent idea. What was not an excellent idea, however, was to misjudge the relative tightness of a 20-year-old sphincter and the propulsive reliability of a 20-cent bottle rocket. What followed ignition was not the bright report of a successful blastoff, but the muffled thud of fire in the hole.

UPDATE: Glenn Reynolds was less impressed by the fraternity story than I was. Maybe I looked at it differently because I remember being a non-Greek on campuses with heavy Greek presences and because I have children who are nearing college.