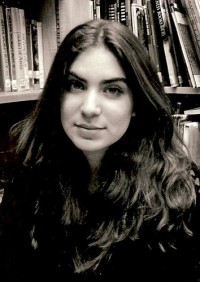 America’s upper classes are now and have always been insecure. Lacking a hereditary nobility, social strivers have had to work hard to distinguish themselves from the masses when the only distinguishing feature, really, is cash. In the 19th Century, worried rich people formed “the Four Hundred” to distinguish the social “in-crowd” from the hoi polloi. America’s nervous upper class, distinguished now, as it was then, by money, not heredity, is still trying desperately to distinguish itself from those gun and God lovin’ American masses upon whom Obama heaped such scorn.

Our social “betters” go to Ivy League schools where earnest (and wealthy) Marxist professors assure them that only they and designated minorities (admired only at arm’s length, of course) are worthy, while the remainder of America’s citizens are crude, thrusting, greedy, and uncultured.  Once having graduated from their expensive, precious academic incubators, they buy lavish apartments in select neighborhoods in big cities, or sprawling homes on large estates in lush suburbs.  Their children’s elementary and high schools cost just as much annually as a year at a decent college.  The wives, if they choose not to have a job, do charitable work for two different types of causes: (a) social issue causes (climate change and environmentalism, mostly) or (b) for poor people overseas.  Apparently American poor are undeserving of their largess.

Oh, and one other thing:  They all read the New York Times, subscribing proudly to its complicated and often clashing mixture of social Progressivism, ardent (yet always geographically distant) support for people of color, and support for extreme wealth.

Had America’s modern-day Four Hundred been reading the Times last Friday, they would have seen a review that is a perfect distillation of everything that America’s self-identified elite stands for, and I don’t say that as a compliment.  The play, Dry Land, takes place in a Florida high school locker room after swim practice, as two young teens cement an unexpected friendship when the one asks the other to beat the living fetus out of her.  And no, “fetus” is not my coy substitution for the “F” word.  It is, instead, the baby that one carries within her.  This is a play about a violent DIY abortion in a state that requires parental consent before an abortion can be performed on a minor.  The playwright is a 21 year-old Yale senior.

Let me say this again:  A graduate of one of America’s finest universities has a play off-Broadway, the plot of which involves one girl physically abusing another, pregnant girl, resulting in a deep friendship.  Am I the only one who sees something wrong with this picture?

Certainly the New York Times saw nothing wrong about the play.  Ben Brantley, the Times’ chief theater critic, wrote an excited, loving, almost completely incoherent review, lauding it as one of the best plays in New York.  It did not surprise me to learn that Brantley is gay, not that there’s anything wrong with that . . . although I can’t help believing that his Progessive gayness (as opposed to, for example, a conservative gayness) informs his passion for a disturbing play focused upon an act that, in any other context than a Broadway stage, would justify arrest for assault with intent to cause bodily harm.

Or maybe it’s not incoherent at all.  Maybe it’s just my rigid, conservative, hate-filled, gun-lovin’ mind that had me scratching my head when faced with this prose:

The two girls don’t know the protocol for sitting on someone’s stomach for medical reasons. So they improvise, awkwardly and goofily, with one planting her rump on the midsection of the other, which leads to both of them convulsing into giggles. The girl being sat upon laughs so hard that she wets herself.

They’re having a good if uncomfortable time. Most likely, so are you. Until the girls remember that what they’re trying to achieve is a do-it-yourself abortion. Even then, the giggles linger, though with a clammy, premonitory chill.

For, yes, “Dry Land,” a Colt Coeur production directed with rippling fluidness by Adrienne Campbell-Holt, is about abortion. No, that’s not correct. It’s about the complexities of friendship and the fears of the future that grip kids arriving at the threshold of adulthood. It is not — repeat not — an Abortion Play in capital letters, in the solemn, soapy manner of many a made-for-TV movie.

“Punch me.” Those are the first words you hear in “Dry Land.” The speaker is Amy (Sarah Mezzanotte), who wears a flashy bathing suit and a matching skintight air of worldly insolence.

She’s talking to Ester (Tina Ivlev), a ganglier, more callow type, who does her best to oblige by hitting Amy in the stomach. But it is not an easy assignment. It feels like kind of a joke, doesn’t it, or the manifestation of a hostility that Ester, a recent and still unsettled transfer student, surely doesn’t want to show.

The review goes on in this vein.  The only real takeaway I had is that Brantley thinks it’s tremendously exciting that a 21-year-old Yalie wrote about teenagers punching at and peeing upon each other.  (FYI, the New York Post reviewer also liked the play, in part because of its pro-abortion message.  The review is less shrill, more intelligible, and still leaves me feeling that this play may be clever, but it’s also grotesque.)

I may be hypersensitive to Brantley’s arch and meaningless language because I recently completed another back-to-school night at my kids’ high school. After four years of these things, I’ve discovered that it’s always the English class that gets my hackles up.  (The rest of the of the school is delightful.) These English teachers, many of whom like to boast to their students about their past drug and alcohol use, freely acknowledge that they don’t bother to teach English grammar.  Maybe that’s a principled stand (“the kids should have learned grammar before they came to my class”) or maybe it has to do with the fact that their own own semi-literate screeds too often come complete with run-on sentences that encompass entire paragraphs; vicious cat-fights between subject and verb that go beyond mere disagreement; infinitives so split they practically sound like German verbs; and enough ambiguities to delight any litigator’s heart.

As you might expect, these teachers also don’t teach anything about the beauty of the English language. Instead, as I’ve written before, they go for cheap pop psychology and, always, Catcher in the Rye tops the list. I don’t remember whether CITR is well-written or not. I simply remember from my own high school days finding the author’s and the teacher’s obsession with sex almost as unpleasant as Holden Caufield himself. CITR is taught so that English teachers can have deep psychological discussions about their sexual feelings. That may be a worthy goal, but it doesn’t teach American students to read, write, or think.

Things used to be different.  Once upon a time, English speakers had a shared culture based on the eternal wisdom of the Bible and Shakespeare. When writing his classic The Great War and Modern Memory

, Paul Fussell was much struck by the sophisticated way in which all classes in that war used the English language:

Looking back on a bad day spent worrying over a forthcoming night attack, Captain Oliver Lyttelton, educated at Eton and at Trinity College, Cambridge, says: “Well, that day dawdled away. Ovid and his mistress would not have addressed the gods that day: O lente , lente currtte noctis equi.”

Remembering going up the line in a crowded third-class railway car, Private Stephen Graham, hardly educated at all, says:

Huddled up in a dark corner of the carriage a-thinking of many such occasions in life when I have parted for the unknown, listening to the soldiers’ tales, it recalled the mood of Clarence’s dream when he was pacing on the hatches of the ship at night with the Duke of Gloucester, talking of the Wars of the Roses [an allusion to Shakespeare’s Richard III, describing a horrible nautical nightmare].

An allusion more proper to a sailor than a soldier, we may think, but still very pointed and effective , and certainly astonishing in view of the circumstances and the insecure idiom of the first half of Private Graham’s sentence. Indeed , not the least interesting thing about his statement is the impression it gives of having been written by two different people: a virtual illiterate, who conducts the proceedings down to recalled; and a man of letters, who, because Shakespeare is now the focus, takes over at that point with impressive accuracy and economy.

Equally striking is General Sir Ian Hamilton’s literary behavior at Gallipoli. He has been expecting four crucial French divisions to arrive in the autumn of 1915. Told that they will be postponed a month, he is shattered. The terrible word postponed keeps sounding in his ear, and he thinks of Keats’s “Ode to a Nightingale” and of

Aware that this postponement will very likely mean the death of the Gallipoli expedition, he turns to his diary and writes: “Postponed! the word is like a knell.” It is a gesture which, together with Captain Lyttelton’s and Private Graham’s, suggests the unparalleled literariness of all ranks who fought the Great War.

By 1914, it was possible for soldiers to be not merely literate but vigorously literary , for the Great War occurred at a special historical moment when two “liberal” forces were powerfully coinciding in England. On the one hand, the belief in the educative powers of classical and English literature was still extremely strong. On the other , the appeal of popular education and “self-improvement” was at its peak, and such education was still conceived largely in humanistic terms.

There were few of any rank who had not been assured that the greatest of modern literatures was the English and who did not feel an appropriate pleasure in that assurance. (Fussell, Paul, The Great War and Modern Memory (pp. 155-157). Oxford University Press. Kindle Edition.)

Fussell readily acknowledged that America has never had such a self-conscious regard for the English language, but it used, at least, to have a reverence for English well taught and beautifully used. Now, it’s self-styled elite rave about precocious playwrights writing about Southern teens bonding over fetal bludgeoning.