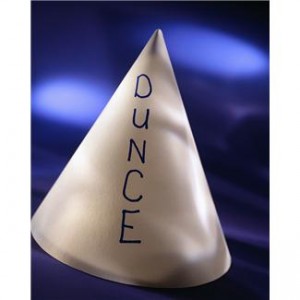 Finally, here’s the third and last part of a three-part series in which I attempt to deconstruct the lies, misstatements, and illogical conclusions of posters popular amongst the Progressives on my real-me Facebook feed. Part 1 has a longer introduction about my goals, and analyzes a painfully misleading and quite vicious post about Paul Ryan. Part 2 tackles stupid gun control posters

And now it’s time for part three, the abortion edition. As always, I put the poster up first and then add my commentary:

Excuse me Ms. Leftie, but do you understand that the government does not fund churches?  Yes, it’s true that churches don’t pay taxes.  This comes about because the power to tax is the power to destroy,n or at least to discriminate against something.  The First Amendment prevents our government from doing that.

Do you also understand that churches don’t have a political say over your body? That is, unlike a theocracy (say, Iran), the church does not run the government. Instead, it’s the parishioners who, applying religious doctrine as they understand it, use their rights as citizens of a representative government to vote for representatives whose views align well with theirs? No?  I didn’t think you knew that.

Having exposed your ignorance about religion and government in America, perhaps you can explain to me why we fund Planned Parenthood in the first place?  If Planned Parenthood really is just about women’s health,why do we fight over it with every budget rather than paying the same money to other neighborhood clinics that provide only women’s health care without also providing abortions?

Could it be because the real nudge-nudge, wink-wink going on is that everyone knows that those federal funds aren’t really for generic women’s health care but, in fact, meant to subsidize abortions? Keep in mind, little lady, that money is fungible. (Fungible is a fancy word meaning that one dollar can readily be substituted for another.) The fact that Planned Parenthood ostensibly applies its federal funds to manual breast exams — since the clinics don’t offer mammograms — and other basic health care means that the money saved on those breast exam appointments can be applied to other services . . . such as abortions.

And here’s another question for you — why should we be paying any taxpayer money to any clinics anywhere for anything now that we’ve got mandatory insurance through Obamacare?  Oh, wait!  Never mind. Don’t bother to answer, because the answer will inevitably embarrass you.  We all know that Obamacare has failed to insure everybody. Moreover, because it resulted in massive price hikes to pay insurers that were required to provide greater coverage for less money, ordinary middle-class people who once had insurance are now having to do without, either because they can’t afford to buy it at all or because they can’t afford astronomical deductibles.

Come back, little girl, when you’ve studied a bit, and learned how a representative democracy with freedom of religion works.  Until then, for Gawd’s sake, please, please don’t vote.  You only dumb down the process.

Hey, little girl.  Yeah, you.  The one from the previous poster.  This poster has grown-ups in it who understand that votes matter.  Unfortunately, they’re just aged versions of you, who fundamentally misunderstand the political process.

Dear Grown-Up Leftist voters:  If you want Republicans out of your uterus,  stop insisting that the government pay for your birth control, abortions, and uterine health care.

There’s an old saying that “he who pays the piper calls the tune.”  As long as you demand that taxpayers pay the piper, and as long as those long-suffering taxpayers elect Republicans to the House (the branch that controls the budget), the inevitable result will be that, once you’ve invited those piper-paying Republicans into your uterus, it’s hard to get them out again

Moreover, unfortunately for you, now that they’re in, the tune they’re calling for with their checkbooks and their votes is that famous song, “We’ll pay for your Pill and your manual breast check, but not your abortion.”  (It’s not a catchy tune, but it resonates.)

Where to begin?  I actually get tired looking at this one. It’s a combination of ambition, distraction, uglification, and derision, only worse. It all goes back to that darn, persnickety Constitution, which explicitly states in the Second Amendment that the government cannot infringe on the inherent, innate, inalienable right to bear arms.  Regulations are infringements on that right. When they get too infringe-y, they have to stop.

Meanwhile, even Leftists have to concede that the Constitution doesn’t explicitly state that there’s an inherent, innate, inalienable right for women to abort babies.  Instead, the Supreme Court in 1973 discovered a sort of negative right by looking at emanations from penumbras.  This right holds that the Constitution doesn’t empower government to ban abortions entirely.

Indeed, in the Roe v. Wade decision, the Court made it clear that as the baby becomes increasingly viable, it increasingly begins to have constitutional rights of its own, such as the right not to be killed without its permission.  Subsequent decisions have done their best to gnaw away at that protection, but it still exists — as is shown by the fact that prosecutors still can charge a person who kills a pregnant woman with two counts of murder, not just one.

So yes, the government can impose regulatory burdens on abortion, provided that abortion remains a possibility.  It should be noted, of course, that those burdens actually do little to protect the baby’s life. Every year in America, 1,100,000 fetuses (aka proto babies, aka human beings, aka babies) die in abortion clinics, despite all those apparently onerous regulations.  Meanwhile, every year, only approximately 8,500 post-birth humans die from gunshots, and that’s despite the absence of all the regulations that the Left dreams of imposing.

And here’s one more thing to think about, which is the staggering racism lurking behind the demand for ever more abortion.  Of those 1,100,000 abortions every year, 72% or more are black babies.  That’s over 800,000 pre-birth black kids killed per year thanks to the insatiable Leftist demand for unlimited abortions.  Meanwhile, of those 8,500 gunshot victims every year, the majority of them are post-birth black kids living (and dying) in Democrat-run, gun-controlled cities.  Perhaps if the Democrats didn’t run the cities, many fewer blacks would die.  But at least thanks to Republican policies only a few thousand, rather than a few hundred thousand, die every year.

Lastly, as a bonus poster that doesn’t deserve its own post, a word from Jim Carrey to make the point that, at a very fundamental level, arch-Leftists are rotten human beings.  As John Hinderaker said, while conservatives tend not to deal in personal invective, Leftists are comfortable doing so.  Now that I’ve spent the last many hours of this lovely Saturday wading through Leftist inanities, let me end this series by emulating those mean Leftist:

Mr. Carrey, there is nothing that distinguishes you from the inside of a heavily used pit toilet in Mecca during the height of the Hajj.  Time has worn away the puckish charm and rubber face that once made you a somewhat enjoyable screen presence, leaving nothing but a bit of human detritus in their wake.  I can say with some confidence that I will never again spend money to see one of your movies.

(My, the Leftists are right.  I feel much better having gotten that off my chest.)