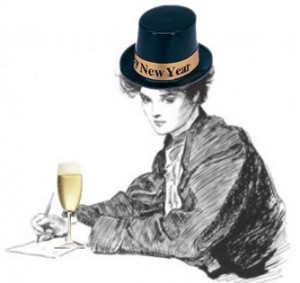 Happy New Year! Okay, it’s not quite the new year, but I hope to usher it in for you with a lengthy and satisfying list of things to read as you see in 2016. Because I have so many things to share, I’ll strive for brevity, but I make no promises in that regard:

The astute Lee Smith is not sanguine about 2016, at least not when it comes to America’s foreign policy. He warns that Obama Unbound will mean things will get a lot worse overseas, especially in the Middle East. The thing is, Obama’s not even pretending anymore. He’s just acting out his agenda here and now, which is to withdraw America entirely from the Middle East, once he’s successfully marginalized the Sunni powers, strengthened Iran’s reach, and weakened Israel.

Obama is planning to use his executive powers to limit American’s constitutional right to keep and bear arms. You might want to start writing checks immediately to your favorite Second Amendment group to make sure to stop that plan in its tracks.

For an exceptionally lucid explanation of the unalienable self-defense principle underlying the Second Amendment, I recommend Charles C.W. Cooke’s article explaining precisely why sane people want a firearm — and why it’s been a hallmark of Anglo-Saxon jurisprudence for centuries:

To peruse the explanatory strictures of the Founders’ era is to discover just how seriously the right to protect oneself was taken in the early Anglo-American world. Writing in his 1768 Commentaries on the Laws of England, the great jurist William Blackstone contended that “self-defence” was “justly called the primary law of nature” and confirmed the Lockean contention that it could not be “taken away by the law of society.” In most instances, Blackstone observed, injuries inflicted by one citizen on another could wait to be mediated by the “future process of law.” But if those “injuries [are] accompanied with force . . . it is impossible to say, to what wanton lengths of rapine or cruelty outrages of this sort might be carried, unless it were permitted a man immediately to oppose one violence with another.”

Trump has said that, if Hillary uses Bill in her campaign, Bill’s sexually predatory behavior is fair game. Paul Mirengoof thinks that, since Bill’s behavior never harmed him when he was president, it’s pretty irrelevant now. I agree that Bill’s behavior is irrelevant qua Bill Clinton. (And yes, it’s ironic and hypocritical that Bill Cosby doesn’t get the same pass from the Lefties.)

However, I don’t think Bill’s behavior is irrelevant insofar as it allows us to look at Hillary’s response to Bill’s behavior. Since Hillary is using the “War on Women” meme as both her sword and her shield in the election, the tactics she took to protect Bill’s presidency are highly relevant. Here are a few articles on the subject:

Hillary Clinton Is Not A Feminist (An article that I successfully used to silence a Leftist who conceded that Bill’s behavior was bad, but insisted that his behavior shouldn’t reflect on Hillary.)

Meet the new scourge of Western civilization: the “cry bully”

Isn’t that a great expression? Britisher Julie Burchill uses it to describe the Leftist bully who uses his alleged victimhood as a cudgel by which to bully ordinary people. Think: Dan Savage.

Islam is dying; the trick is to make sure we don’t die with it

The Z Man has a very good post explaining that Islam, despite a military resurgence, is actually in its death throes — but like many a patient terminally ill with a contagious disease, the last phases of its illness might destroy us too, unless we’re smart enough to avoid letting it drag us into the grave along with it.

The hijab is what we’ve always known it to be: a symbol and means of oppressing women

Political correctness and cultural relativism demand that we accept that the hijab and other drapery that militant Islam demands women wear is a sign of Islam’s respect for women. It’s not. It’s a sign of Islam’s control over women, as well as its profound disrespect for men. Islam believes the latter are so primitive and animalistic that nothing can train them to keep their pants up (or their desert robe down) when an unveiled woman is around.

Two Muslim women have made the case in the Washington Post that Leftist reverence for primitive people’s’ beliefs does women no favors.

With blacks refusing to talk to whites on campus, what good is “diversity” as an admission metric

John McWhorter, himself black, asks a very good question:  Now that black students are completely self-segregating, refusing to talk to whites, taking offense at everything whites say, and rebelling against providing information about their unique black culture, why are we pretending that they provide a diversity benefit on America’s campuses?

James Taylor came and spoke to a conservative group here in Marin and he was wonderful. The only reason you didn’t hear about it was because he spoke right at the time my Mom had her surgery so, instead of doing my usual write-up about his talk, I took care of Mom. I’m sorry that I didn’t share his incredible speech with you.

However, the good thing is that Taylor regularly writes at Forbes. His most recent study confirms that we’re being played: New Study Confirms Less Global Warming Than Government Claims.

Also, check out Mike van Biezen’s The Most Comprehensive Assault On ‘Global Warming’ Ever.  I sent it to a strident global warmist of my acquaintance and have gotten nothing but silence in return.

Lastly, a series of rather gruesome revelations in the Alps reminds us that glaciers come and glaciers go, and then they come again, and then they go again . . . irrespective of human (or cow) carbon emissions.

Will Jews affect the 2016 presidential election

Richard Baehr, one of the best election analysts around, thinks that in 2016, it’s possible that disaffected Jews — those who have parted with the Democrats over Israel — might make a difference in tight races. I guess it will really come down to how many living neocon Jews vote versus how many dead Democrats manage to get their hands on the voting levers.

Americans are finally coming together about Barack Obama

The majority of Americans believe that he is the worst president to have held office at least since WWII:

More Americans consider Barack Obama to be the worst President since World War II than they do any other president, according to a new poll.

The Quinnipiac poll out Wednesday found that 33% of Americans see Obama as the worst post-war president, while just 8% consider him the best. Another 28% see former President George W. Bush as the worst. Richard Nixon, the only American President ever to resign in disgrace, was picked the worst by 13%, according to the poll.

At this point, of course, buyer’s remorse is meaningless.  With seven years in office already under his belt, Obama has done incalculable damage that may still be remediable, but at a terrible cost.

When all is said and done, we’re really a one party nation

As many conservatives have noted, the Republican Party is not conservative; it’s just the slightly more bottom-line conscious version of the Democrat party. For the past several decades, after making ineffectual clucking noises about costs, it’s pretty much rubber-stamped everything Democrats want, a trend that’s accelerated under Obama. If you want a funny, profane, astute analysis of the “differences” between the parties, check this out.

Up to 80 primary school-aged children a year in the UK are now seeking help towards potentially changing their gender amid signs of classmates encouraging each other to do so, a leading charity working in the area has disclosed.

In some cases children as young as four are already in the process of “transitioning” to another sex, according to Susie Green, chair of Mermaids, a charity which provides support for families of children and teenagers with gender identity issues.

Meanwhile some schools are seeing signs of a cluster effect, with a number of pupils coming forward to seek support towards a possible change after one takes the first step, she said.

Christmas in the modern era

I’m a week late, but a good joke never gets old. The People’s Cube took a brilliant, inspired, quite funny look at how the modern media would have reported Christ’s birth.

This is a funny/sad one from DuffelBlog, a military humor site, showing little sympathy for westernized Muslims who deliberately join ISIS for the supposed thrill of ruling the Middle East and killing non-believers.

Being proactive, not passive

One of the things that public schooling trains our children to do is . . . nothing. From a young age, they are instructed to do just what the teacher tells them to do; no more and no less. This was very different from the Montessori model, which was all about teaching kids how to be their own teachers and inculcating in them the joy of intellectual exploration. Public school knocked that out of my kids very quickly.

According to America’s Sergeant Major even the Marines have the occasional lump who cannot comprehend doing anything unless he’s following the leader. In fact, says ASM, the best kind of Marine, while respecting the chain of command, is willing to take the initiative when necessary — and to take the heat if that initiative doesn’t go down that well with the powers that be.

The flexibility of a truly intelligent mind

One of the things you see with really intelligent people is that, when they look at one thing, their brain is capable of interpreting that thing in myriad different ways, with those different ways being informed by all the knowledge and core values in the intelligent person’s mind. So it is that my friend Patrick looks at a TV commercial for Land Rover and sees so much more.