I wasn’t able to blog yesterday, but I was paying attention.  That’s how I caught two examples of the truly irritating levels of ignorance that characterize those on the Left.  The first thing that struck me was an advertisement running (ironically enough) on Truth Revolt:

You know what I thought when I saw that stupid advertisement. I thought “Puberty is real.  Help us fight it.”  After all, no one enjoys going through puberty.

And then I saw an even more stupid poster, courtesy of my Leftie friends on Facebook: 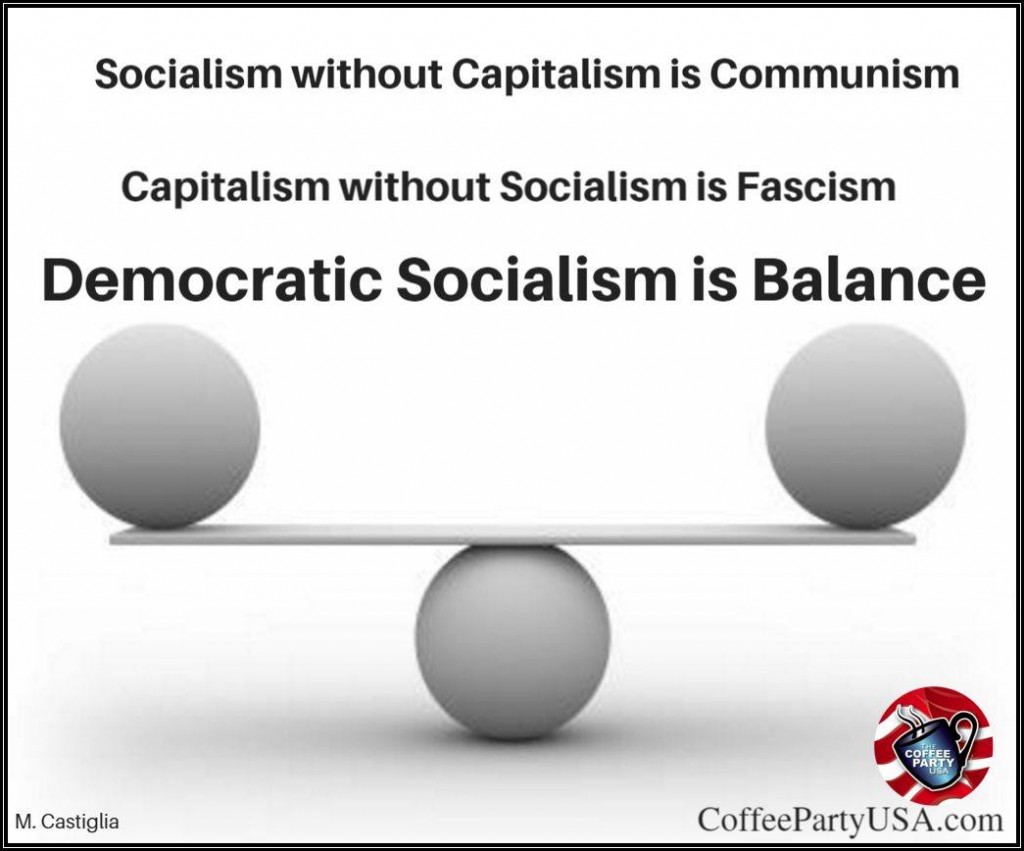 How many things are wrong with that poster?  Let me count the ways:

“Socialism without Capitalism is Communism” — That’s sort of true.  Most historians would agree that nations that those European nations that self-identify as “soft socialist” maintain at least a simulacrum of capitalism.  They allow private ownership, but the government dictates the terms under which capital operates. Full out Communist nations (including those, such as the old USSR, that had “socialist” in its name) skip the pretense that private capital is calling the shots and simply nationalize everything.

“Capitalism without Socialism is Fascism” — And there it goes.  After a brief pause for marginal intelligence from a Leftist, you always end up with full-blown ignorance.  Here’s the truth:  Fascism is just another form of socialism.  How many times does one have to tell the morons on the Left that Nazi stands for “National Socialists” before they get it?  Don’t answer that.  They never get it.

The reality is that socialism isn’t a mere economic construct.  It goes to the level of control the government has over all aspects of life, not just the economy.

Socialism is a form of statism that sees the government directing business decisions through regulations; taking money from individuals and businesses in the form of taxes; and re-distributing money to favored segments in society.  (Indeed, just recently, a Venezuelan official admitted that the whole point of its “socialist” nationalism, regulation, taxation, and redistribution was to buy votes in perpetuity.)

Socialism is Big Government that, ostensibly out of compassion, controls every aspect of citizens’ lives.  It tells people and businesses what to do, takes their money, and spends the money on favored constituencies.

Capitalism, however, is a “mere” economic construct.  It says that free markets, minimally impeded by government, support innovation, ambition, cooperation, healthy self interest, and a vast range of human activities that have, over the past two hundred years, created a world that is richer, more comfortable, better fed, safer, and longer-lived than at any time in human history.  Perfect capitalism would include a measure of Judeo-Christian morality to make sure that individuals working in the free market act with compassion to those who, through age, illness, or other impairments, cannot move with the economic tide.

Capitalism without socialism is a free world in which free people make choices that history proves will benefit society at large.

Incidentally, capitalism with socialism is China, a bizarre beast in which the government interferes minimally with the market but only recently stopped forcible abortions and still regularly executes people for crimes that the free world considers bad, but not capital.  Money is allowed to be free; people are not.

“Democratic socialism is balance” — Having set up false and ignorant constructs, the poster goes in the kill with a logical fallacy.  Democratic socialism isn’t balance.  It has nothing whatever to do with the two previous statements, the first of which is vaguely correct and the second of which is absolutely wrong.  You can affix the word “Democratic” to whatever the hell you want, but socialism is still socialism:  It seeks to control everything in its path, from businesses to individuals.

Incidentally, every socialist and communist government ever calls itself “democratic.”  All that “democratic” means is that people can go to the polls and cast a vote — and in socialist nations this invariably means the vote is cast for one of two party-approved candidates.  In these elections, voting citizens (who are usually forced to the polls so that their tyrannical governments can boast about 100% turnout) find that their candidate selections amount to choosing between Frick and Frack or Frack and Frick.

Lewis Carroll would have recognized the poster for what it is — an amalgam of ambition, distraction, uglification, and derision.  And the reason why Leftists can get away with such pithy posters is that, when you’re bending reality, you can use whatever words and images you want.  Peddling further ignorance to the already ignorant is scarily simply.