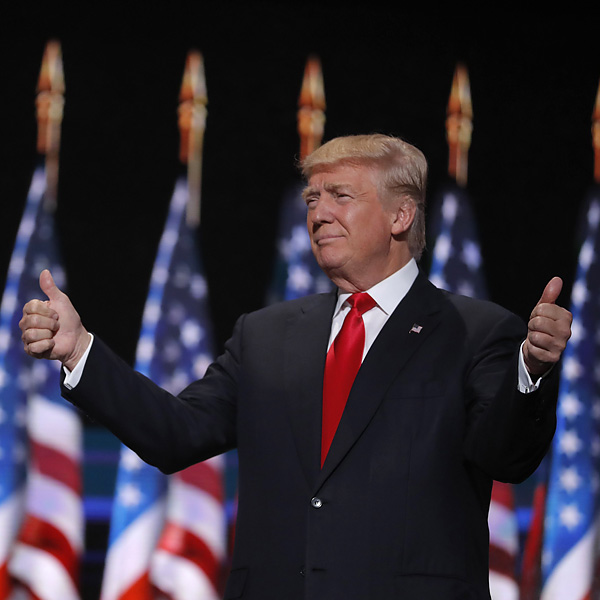 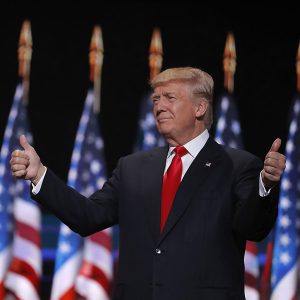 The Hillary supporters amongst whom I live are thrilled to pieces with the report that 50 GOP “national security experts” have signed a letter calling Trump potentially “the most reckless president in American history.” I certainly understand their concern about putting reckless people in charge of America’s national security. Just think of all the damage a reckless person could do:

A reckless president could deny that radical Islamists are waging war against us and, as part and parcel of that denial, scrub Islam from all national security guidelines. Oh, wait! Both Hillary, during her State tenure, and Obama have already done that.

A reckless president could begin a war without Congress’s approval to kill a national leader who is no longer a threat to America’s interests, destabilizing the region so severely that it becomes a haven for the worst kind of anti-Western terrorists. Oh, silly me! Hillary and Obama have already done that too.

A reckless president could refuse to give proper security to consulates in dangerous regions and then, when danger appears, refuse to send aid and lie about everything after the fact, ending up with the selfish insistence that, once people are dead, it no longer makes a difference what she did. I’m talking to you, Hillary.

A reckless president could withdraw all U.S. troops from Iraq without leaving a force behind to secure a hard-won victory, allowing Iraq to become completely destabilized and turning it into another haven for the worst kind of anti-Western terrorists. Oh! Don’t tell me — Obama and Hillary already did that, didn’t they?

A reckless president could invite tens of thousands of people from a Middle Eastern region rife with terrorism to enter the United States, despite acknowledging that America currently has no way to vet them for terrorist ties nor is it making any effort to fulfill the core government obligation of protecting against infectious diseases. I did it again, didn’t I? Obama already did that, didn’t he? And Hillary promises to continue that course of action, right?

A reckless president could stop border enforcement, allowing hundreds of thousands of people into America in violation of American law, and without concerns for the economic security of Americans already living here or, again, without regard to government’s basic obligation to guard against infectious disease. You’re going to tell me again that Hillary and Obama have already done this, aren’t you? And I bet you’ll say that Hillary has promised that this will be her policy too. . . .

A reckless president could drive a pro-American leader out of power in Egypt, aid in installing a radical Muslim Brotherhood leader, try to prevent the ouster of that Muslim Brotherhood leader, and then refuse to give aid to the secular, pro-American leader who is finally in charge (and who is beginning to resent America). Yeah, I know. Obama and Hillary already did that.

A reckless president could watch a Syrian leader wage war against his own people and announce that he’s drawing a “red line” should the leader use poison gas on those people — and, then, when the leader uses that gas on those people, that reckless president could say “never mind,” utterly destroying American credibility. This is getting boring, because of course Obama, with aid from Hillary’s State Department, already did this.

A reckless president, faced with his inability to stand up against a genocidal Syrian leader, could open the door to Russian control of the Middle East, something America has been preventing since the Cold War began. Yup, that would be Obama and Hillary again.

A reckless president could turn his back on Israel, which is America’s staunchest ally, the only liberal democracy in the whole Middle East, and the leading edge of the sword in the worldwide battle against radical Islam. And yes, Obama and Hillary did precisely that.

A reckless president could sit back and do nothing as the Russian bear invades Crimea, destabilizing the European balance of power and watching the destruction of a sovereign nation. You go, Obama!

A reckless president could end the boycott of Cuba, without asking for a single thing in exchange, such as the release of dissidents or a softening of that nation’s totalitarian laws against speech. And that would be Obama. . . .

A reckless president could bypass Congress and enter into an agreement with Iran that pours billions into the Iranian economy without any quid pro quos from Iran, such as tabling its nuclear program, ending its promotion of worldwide Islamic terrorism, or stopping its existential threats against America and Israel. Gee, Obama did that, didn’t he?

A reckless president would refrain from interfering directly in a sovereign nation’s political affairs by telling that nation that it would be punished if it voted to leave the EU. That was Obama too.

A reckless president would look at the unstable world he’s created and use it as an opportunity to turn America’s military into a social justice and climate change experiment. (And let me just ask once again why the hell American taxpayers are going to be saddled with the cost of paying for people who don’t like their gender to have expensive surgery in a marginally effective effort to align body appearance with mental needs?) No more verbal games. We all know that Obama is responsible for this monstrous abdication of the president’s duty to protect America with a strong constitutional army.

Lastly to hide her pay-for-play activities, a reckless president could deliberately bypass the State Department’s protected communication channels, set up an unsecured server in her bathroom, and for four years run all State Department communications, including numerous top-secret communications, through the unsecured server that we know has been hacked repeatedly, exposing American secrets, putting confidential sources at risk, and exposing the president to blackmail. Given this cynical, selfish, stupid conduct, is Hillary really a no-risk presidential candidate?

That’s what a reckless president might do. And what has Trump done so far to call this opprobrium down on his head?

He’s said that radical Islamists have declared war against us and we need to fight back.

He’s said that we need to have measures in place to protect against Islamists entering the country before we simply open the doors to Muslims from regions rife with Islamists.

He’s said that America needs to secure her Southern border because we’re bringing in lawlessness from Latin America, as well as job stealers affecting American jobs.

He’s said that NATO needs to step up its game so that America isn’t constantly responsible for messes Europe brings on itself.

He’s said that America should side wholeheartedly with Israel, a long-time ally and the only true liberal democracy in a totalitarian region.

He’s said that America has to be tougher about negotiating trade agreements.

He’s asked what the rules and limitations are on the American president’s control over the infamous “red nuclear button.”

Moreover, if you look at Trump’s business career, he’s never been reckless. Whether or not you agree with his business practices, Trump is a calculating, cautious man who carefully insulates himself against risk.

As always, I’m not a huge Trump fan, but I’m disgusted by the attacks being leveled against him in the media and by RINOs who are hugely invested in the status quo, and who have no stomach for genuine conservative ideas. As many have commented, what we’re seeing here is a massive realignment in America, one that pits those who see themselves as pan-national intellectual elites against those who see themselves as Americans bound together by a constitution.

UPDATE: Readers have added a fiew more things that a reckless president might do and that, in fact, Obama did do, often with Hillary’s connivance, participation, oversight, or failure to perform her job:

A reckless president might turn a blind eye or help rogue states build their own nuclear weapons and ICBM capabilities, as Obama and Secretary of State Clinton did.

A reckless president might turn critical nuclear, computer, missile reentry and stealth technologies over to our enemies, as the potential First Man, Bill Clinton did, undermining our own efforts to build anti-missile defenses (with Obama lending a hand on that front).

A reckless president might dismantle our own nuclear capabilities, something Obama did both with and without Hillary’s help.

A reckless president might give the biggest sponsor of terror in the world $400,000,000 in small unmarked bills to release hostages, which Obama did, in violation of American law and policy.