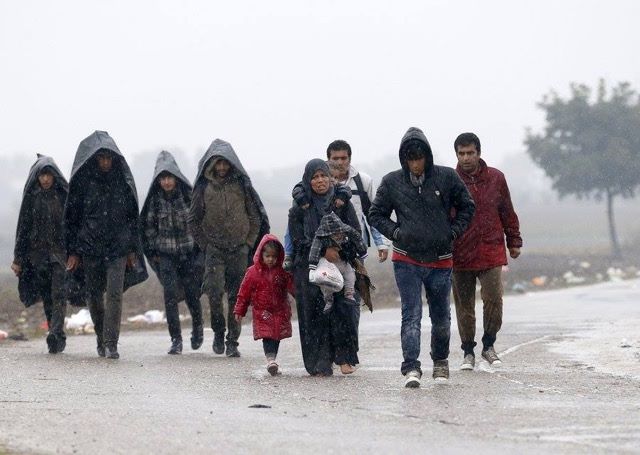 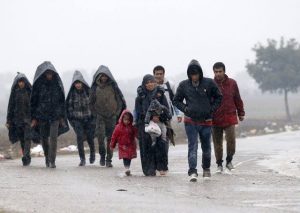 In the wake of Abdul Razak Ali Ratan’s ISIS-inspired attack at OSU, David French’s addresses the vexing issue of Muslim refugees in America. He provides substantive data showing that most are decent people, but the bad ones are really, really, bad, and very dangerous:

The Heritage Foundation has maintained a comprehensive database of terror plots since 9/11, a database that includes foiled attacks. The number of Muslim immigrants involved is truly sobering. For every successful attack, there are multiple unsuccessful plots, including attacks that could have cost hundreds of American lives.

When we survey the American experience since 9/11, two undeniable truths emerge, and it’s past time that we grapple head-on with them. First, the vast majority of Muslim immigrants — no matter their country of origin — are not terrorists. They won’t attack anyone, they won’t participate in terrorist plots, and they abhor terrorism. Some even provide invaluable information in the fight against jihad. That’s the good news.

Moreover, there isn’t an even geographic distribution of terrorists. We don’t have as many terrorist immigrants from Indonesia, India, or Malaysia as we do from Pakistan, Afghanistan, Somalia, or from the conflict zones in the Middle East. It’s much less risky to bring into the country a cardiologist from Jakarta than a refugee from Kandahar.

French’s proposal for dealing with this ugly reality is to “maintain and expand” safe zones in the Middle East. Frankly, that sounds like a very expensive undertaking, one that puts American troops at risk of direct conflicts with surrounding hostiles, and a black hole from which America may never emerge. I have a different proposal:

If we truly believe that we have a moral obligation to protect civilians from the ravages of civil war and social breakdown in their own countries, we can allow them to immigrate subject to a law requiring high-risk Muslim refugees to spend one year into American-based internment camps where (a) they can be taught American laws and values and (b) they can be monitored for terrorist tendencies.

We’ve used internment camps before to protect Americans. During WWII, the Democrats unconstitutionally stripped Japanese-Americans of all of their rights, wealth, and freedom without due process. Before people get their knickers in a twist about “imprisoning” innocent people, what I’m proposing is legally and practically different.

In the case of incoming Muslim refugees, the people placed in these camps would not be American citizens. Moreover, they would enter the camps voluntarily. They would be told that, as a condition of immigrating to America from a country that’s associated with radical Islam and high rates of terrorism, they must first spend a specific amount of time (say, a year) in a residential “assimilation Academy.”

At this camp, the immigrants would be taught English, America’s law customs and practices, and job skills. They would also be screened for the pretty nasty diseases that are par for the course in the poverty-stricken, no-infrastructure places in which these refugees originated. Assembling them in one place for an extended period of time, in addition to teaching them “America 101,” would also allow the government to have agents mixed amongst the refugees to monitor them for radical Islamist ideas and terrorist plans.

The expense? Well, I don’t know that it would be that much. After all, we taxpayers already feed, house, clothe, and educate Muslim immigrants. At least this way, we’d be able to include with the package a heavy dose of American assimilation, along with more information about who the refugees are and about their future plans once they graduate from the Assimilation Academy and are officially allowed to enter America.

Again, these Muslims are not citizens deprived of their rights and imprisoned. Instead, they are non-citizens entering into a voluntary exchange with the American people:  In exchange for being allowed to enter this country and benefit from its largesse, they must spend a year learning how to be Americans and putting aside their radical, non-democratic, anti-American beliefs and habits.