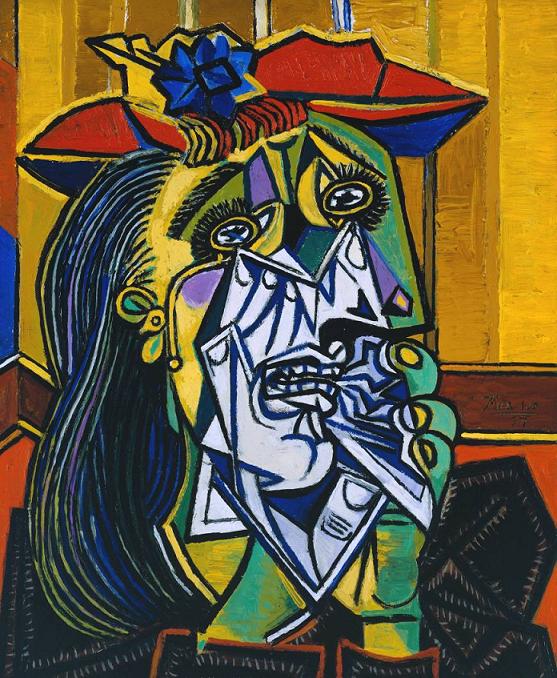 I want to share with you one of the funniest feminist posts I’ve ever read, although the humor this anguished feminist infuses in her post is entirely accidental. The whole thing reminds me of nothing so much as the Oscar Wilde’s quotation about The Old Curiosity Shop: “One must have a heart of stone to read the death of little Nell without laughing.”

Unlike Dickens, the post to which I refer is not literature but — Oh. My. God. — it did make me laugh. Self-described “comedy writer” Eirene Donohoe confesses through a veil of tears that she is still unable to recover from Hillary’s loss. If she’s a comedy writer, this post is the tears of a clown.

The post opens with Donohoe describing her valiant efforts to live her life as if nothing has changed since that fatal day in November. Then, overcome by emotion, Donohoe finally admits that she can no longer pretend that life is still normal or, indeed, that her life or the lives of any women in America still matter:

I’m a comedy writer, but suddenly I was thinking up stories about post-apocalyptic worlds where women revolt and take over the planet. I started thinking about writing a song. Something that captured everything I was feeling. A love song, a fight song. Something to show the world that I was still with Her.

I am her. The words flashed through my head. And suddenly, there on the 101 freeway, I was down the hole again. Tears streaming, sobs choking, heart breaking. The realization hitting me. I am Her.

Yes, this young comedy writer in Los Angeles, with her three-year-old child, is identical to a 69-year-old woman who has built an entire career based upon her willingness to stand by her husband, a man repeatedly and credibly accused of raping and otherwise sexually assaulting women. Moreover, Donohoe’s woes aside, if one looks back over Hillary’s career, one can see that, up until her tenure as Secretary of State, she accomplished nothing other than being her husband’s wife — and, moreover, a wife who strongly felt he and the rest of the Democrat party owed her for her unswerving fealty to covering up his (and her) financial and sexual peccadilloes.

Somehow Donohoe managed to miss the bit about Hillary’s tenure as Secretary of State, who the biggest praise her supporters could offer in her support was that she flew more miles than any other Secretary of State before her. Hillary’s fan club downplayed the other stuff: Her “reset” with Russia witnessed Russia invading its neighbors and increasing its crackdown on free speech and political opposition within its own borders. The Libyan invasion that was her particular baby not only resulted in four Americans dying while the Obama administration sat on its hands for hours, having quickly concluded that the political risks of a possibly failed rescue attempt simply weren’t worth the effort.*

It was Hillary who partnered with Obama to create power vacuums in Iraq and Iran, paving the way for a resurgent Iran and for the sadistically inclined ISIS. Iran and ISIS, incidentally, are not known for supporting women’s rights. When I think of those two groups, I think of sexual slavery, executions, denial of all rights, and other things that ought to offend all good feminists.

And do I even need to elaborate on her using the State Department as a pay-for-play toy that personally enriched her through her private charity, The Clinton Foundation? I mean, this is a woman who cheerfully sold 20% of America’s uranium reserves to Russia, a country she now characterizes as the main perpetrator behind her failed run for the White House.

Hillary’s real feminist victory was just being Secretary of State. The stuff she actually did was ignored. And regarding her “being” Secretary of State, one has to wonder if the younger ones amongst her weeping acolytes realize that Madeleine Albright was the first female Secretary of State and that Condi Rice was the second. I’m willing to bet that many of these same young women haven’t figured out that, in the world leadership contest, women such as Golda Meir, Indira Gandhi, and Margaret Thatcher long ago broke the glass ceiling — and they did so, not by pointing to the female bits in their panties, but by being the best.

With all this in mind, it’s a laughable tragedy that today’s young feminists look to Hillary as an icon of the movement. What she has really done is to betray the feminist movement in those parts of the world in which it counts most.

But to Donohoe, Hillary’s failure to capture enough of the vagina vote to win is a repudiation of everything that represents today’s feminists:

This wasn’t just about the disappointment that my candidate lost. Or the fear of what Trump will do to this country. It felt like my very soul hurt and I realized that it was because of what this election said to me as a woman. It said no.

It crushed a part of my female core to realize that yes, the world at large really does hate women that much. And while there are other reasons to dislike Hilary Clinton and disagree with her policies, misogyny and sexism are the gas that fuels the fire they burned her with.

We are supposed to stay quiet and not ask for much. Stay in our place and say please and thank you and don’t challenge anyone. We must be perfect, ten times more perfect than the man beside us. And then we must wait for them to give us permission to follow their orders.

By the way, if you are clutching your sides with laughter over Donohoe’s personal/political tragedy, you may wonder how she came to believe that in America, a country in which she has the full range of civil rights, enormous personal autonomy, and laudable physical safety, she is a silenced victim. Donohoe finally admits what turned her into a paranoid, narcissistic, delusional, emotional wreck: ” I went to an Ivy League school and even gave the commencement address, just like Hillary.” Those kids who manage to survive Leftist public high schools intact are utterly destroyed when they reach expensive Ivy Leagues that eschew teaching using knowledge and expanding students’ mental horizons in favor of teaching politically correct identity politics with a laser-like focus on victimhood and the importance of emotionalism over facts and rational thinking.

As if the above wasn’t funny enough (in a Little Nell’s death kind of way), Donohoe likens her own “fighting” spirit to . . . Hillary’s:

I dream big dreams. I make hard choices. I don’t give up. Just like Hillary.

Donohoe must be referring to election night, when Hillary saw her anticipated coronation snatched from her, and then walked out in front of her disappointed fans and give them a lesson about losing with dignity and respecting the American transfer of power. Oh, wait. That never happened.

What really happened is that this fighter who never gives up collapsed in a weeping, drunken fit, abandoning any dignity or decency, and instead sent John Podesta out to face her equally emotionally overwrought supporters in their terrible despair. Then, after finally sobering up to give a decent, if boilerplate, concession speech, Hillary hid behind Jill Stein’s hippie skirts to force a recount that cannot change the election’s outcome, but that can do unimaginable damage to America’s unusually successful system of transferring power and allowing for stable majority rule. Yeah, I really do believe that Donohoe is just like that “fighter” who “never gives up.”

Medium, the online forum at which Donohoe writes, has a cool little feature that highlights the paragraph that resonates most with readers. Donohoe’s readers resonated most to this paragraph:

I am Her. Every woman is, whether they know it or not. Every woman has been held back by, pushed down by, grabbed in the pussy by sexism that cannot, will not, allow a woman to rise higher than a man. The misogyny that pulses through this world, the blood that keeps the dick of American patriarchy hard, it penetrates us from the day we are born. Smile pretty. Be good. Be quiet.

I think I need to rewrite that paragraph:

I am Her. I am a corrupt, raddled, 69-year-old woman who hooked her wagon to a rapist star, who used the State Department to enrich herself and her husband, and whose only fixed principle over the years has been her own accumulation of power and wealth. I am a woman who has been lauded perpetually in the media just because I am a woman. Even my staunchest defenders, when pressed, are hard-put to point to anything I’ve actually done to benefit anyone but myself, my husband, and the vapid child I’m grooming to take my place on the political stage. I have ensured that, when my husband grabbed pussy and raped women, he suffered no consequences, but that the women he assaulted would be maligned and threatened for unceasingly for decades. When I smile, it sends chills down people’s spines. I’m good only for myself. And when I talk, people wish that my harsh, accusatory, hectoring, angry, self-serving, entitled voice would just stop.

Dear Ms. Donohoe, please grow up. Stop measuring yourself by Hillary and your own vagina, and start measuring yourself by yourself. You are an individual who is much greater than the sum of your female parts. You’re smart, you’re allegedly funny, you’re hard-working, you love your child, you support your husband — all of these are attributes that exist irrespective of your sex. Stop thinking of yourself as a victim. See yourself as an independent warrior who fights for individual liberty rather than for corrupt autocrats.

*Incidentally, it’s that politically motivated passivity that distinguishes the Benghazi matter from all other attacks on America’s ambassadorial and consulate employees. I mention this because, if you have Progressive Facebook friends, the following is typical of the type of poster repeatedly appearing on your feed: The distinction that the poster is incapable of recognizing is that all of the listed deaths came about from bombings or shootings that were entirely accomplished in seconds or minutes. In the case of Benghazi, not only did Ambassador Christopher Stevens begged for month for better security in the most dangerous part of the world (handsome Marines in Paris; local contractors in Benghazi), a battle raged for hours and hours before the Americans were finally murdered and the compound — with all its secrets — was in the hands of al Qaeda affiliates. It was during those hours in which the Obama administration, including Obama and Hillary, did nothing that constitutes the betrayal that galls so many Americans.

UPDATE:  I suddenly realized that Little Nell is from Dickens’ Old Curiosity Shop, not Uncle Tom’s Cabin, so I fixed that reference.