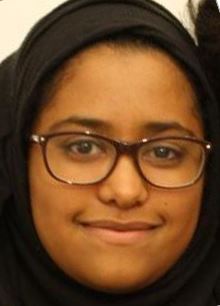 My dear friend Lulu, who is an astute social and political observer, has some comments about everyone’s nightmare college roommate and the roommate’s disgraceful enabler, the New York Times.

Romaissaa Benzizoune is the worst roommate in America. She deserves to be publicly called out for it. As does her callous enabler, the New York Times.

I suppose we’ve all had some better and worse roommate situations in our lives. I once shared a house with someone who, in retrospect, must have had a form of OCD. She couldn’t put things away in her room. Her piles of possessions drove her out of her own cluttered bedroom and to the shared living room sofa, which became her de facto bedroom. While that was a pretty difficult situation, she had no meanness to her. We were annoyed, yes, but also had compassion for her.

I know a young man whose roommate his freshman year was the dorm drug dealer. My niece’s freshman roommate had severe mental health issues that were both frightening and dangerous. It’s a crapshoot. Two or three total strangers are thrown together into a dorm by chance and sometimes they’re lucky and enjoy a great situation with thoughtful, considerate, stable people who become friends, or at least develop a healthy dynamic. This is the situation my daughter, thankfully, enjoys now with her roommates in her freshman dorm.

Some people have less luck. Take K.N. Pineda. She was unlucky enough in her freshman year at college to Romaissaa assigned as her roommate at New York University because, as I mentioned, Romaissaa is the worst roommate in America.

Imagine, if you will, an 18-year-old Pineda adjusting not only to college life but also to living in NYC while attending NYU. The roommates have different backgrounds, not surprising in a cosmopolitan school like NYU, but chat, braid each other’s hair and have a cordial relationship. Then one day, Pineda, in a conversation, reveals something about herself that is so shocking and horrible that Romaissaa’s only recourse is to flee her home and write an editorial in the NYT about her deep psychic wound upon discovering that her roommate is a disgusting idiot who believes horrible things and about how deeply, deeply traumatizing it is to continue to live with her. The horror is made worse because, as  Romaissaa states, she is a Muslima who covers her hair and for her this makes her roommate’s sinful thought so much, much worse.  I should mention that Romaissaa never mentions her roommate by name, but how hard would it be for all the other kids in the dorm at NYU to figure out who her roommate is?

And what was Pineda’s offense, one that merited exposing and humiliating her before millions? Please brace yourself as it is pretty disturbing and graphic. Pineda revealed that of the two presidential candidates, she preferred Trump.

Can you imagine? At NYU?

In true tolerant fashion, since the article, Pineda has been shamed and harassed by fellow students, been called names, and generally made to feel like a pariah on campus. She has also been the recipient of the most nasty, deranged, unhinged, hostile comments on the pages of the NYT that one can imagine.

In the name of tolerance.

You know, by the tolerance brigade. The ones who launch war on an 18-year-old kid. For daring to think differently. Because, no, we’re not totalitarian. And we’re not insane.

Poor Romaissaa was so horrified, horrified, by the very idea that her roommate could think differently than she did, that their nascent friendship flew out the window. She feared that the warm, friendly, nice girl that Pineda  seemed to be was actually a mask behind which lurked a ferocious, white-supremacist racist, who supported American brown shirts. Well, at least in the fevered, paranoid imagination of Romaissaa. And the NYT.

What does a good, but shocked, social warrior do? Does she talk to her roommate? Does she seek counseling for her excessive reaction? Does she realize that her roommate has accepted her as she is and do the same?

No, she doxed her.

Romaissaa knew she would find a sympathetic ear at the NYT (and maybe get some resume points for her future career) — and she had good reason to believe this. After all, look at the NYT’s own staff, such as the hyperventilating Paul Krugman, who all wholly agree with Romaissaa that the Fourth Reich and internment camps are just around the corner unless wrong thinkers are purged.

So they ironically behaved like brown shirts themselves, figuratively hanging a placard around Pineda’s neck to publicly shame her—and no doubt as a warning to others to change their thinking, or be silenced.

Yes, Romaissaa Benzizoune is truly a vicious, selfish bully and the NYT, which aided and abetted her bullying, is a spiteful mean bitch of a newspaper. Seventeen days after Romaissaa’s slander, the NYT finally got around to printing Pineda’s mature, tolerant response. And its publication, the mean, nasty comments from the tolerant NYT’s readers resumed. To paraphrase and spare you reading them: I have no sympathy for you. If you favor Trump you are irredeemably deplorable, so suffer the consequences.

Pineda has been thrust into a dark and ugly place she didn’t deserve, through absolutely no fault of her own. I have no doubt she will grow up from this experience. Going through the wringer can make one stronger, but what a burden on her emotionally and academically.

I am equally sure that Romaissaa will learn nothing. She, and the NYT, live only in an echo chamber, where any other point of view is demonized.

If Pineda were my daughter, I would want to sue them both.

(Just a little addenum from me, Bookworm:  If you check out a Newsweek piece from last year about high school girls and their stories, you will learn that (a) Romaissaa is fixated on her race and religion and that (b) in the usual utterly un-self-reflective and un-ironic way that characterizes the Left, she says of herself “Peace. That’s my religion. Literally.”)