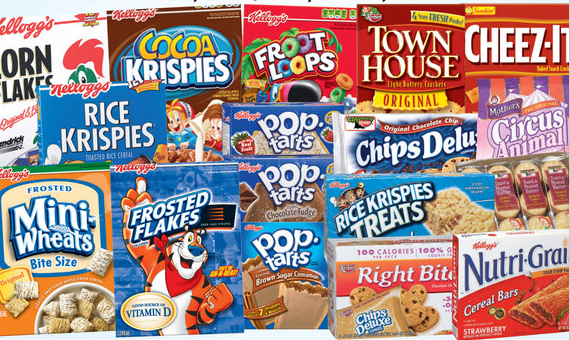 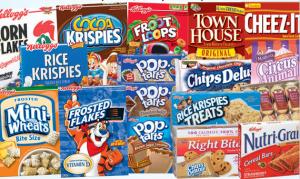 The relentless pressure Progressives are using to get other companies to follow Kellogg’s lead and remove their advertising from Breitbart and other conservative websites is a reminder that, for the Left, the personal is always political. Leftists will not allow any activity in their lives to be politically neutral. Everything they do is an opportunity to make a statement or, even better, to tighten the screws on a person or entity with which they disagree.

A little digging into Kellogg’s history shows that we really ought not to have been that surprised when it decided to boycott half of America. After all, this is a company with a foundation that supported Black Lives Matter to the tune of almost a million dollars.

For those of us who believe we empower blacks by encouraging self-reliance, self-discipline, hard work, and honest conduct (just as we demand of ourselves and our children), it tells us a great deal when a vast food corporation (which I’d bet benefits greatly from federal welfare channeled to low income people) throws its weight behind a group that advocates for the end of the rule of law and the death of cops. In other words, Kellogg was politicized long before the Breitbart boycott reached it.

However, what a lot of people are missing is that Kellogg is not the only company out there that is putting politics where its profits (or lack of profits) are. According to the Sleeping Giants’ twitter feed, which operates as a vast tattle-tale operation where rabid Progressives can put American companies on notice that their ads are appearing on Breitbart, fifty-seven other businesses have pulled Breitbart advertising: 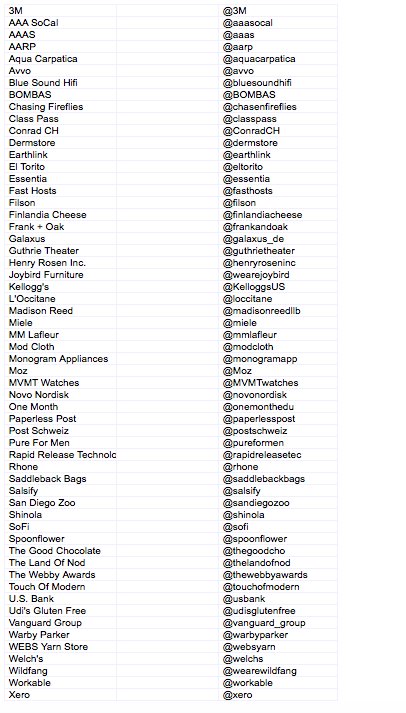 Traditionally, I haven’t been a huge fan of organized boycotts against businesses that make stupid statements or do stupid things. There’s something so, you know, Leftist about organized campaigns of personal or political destruction. I will admit, however, that when I learn that a business took a wildly stupid stand by bowing down before whatever is the Lefts’ most recent shibboleth, I develop a distaste for the corporation and, without conscience thought, stop sending it my money. For example, while I haven’t taken a big “must boycott” stand against Target, a place I used to frequent, I just don’t feel like frequenting it, except when there’s no other option (as was the case when I had 8 hours to stock my Little Bookworm’s dorm room at her Obscenely Expensive Liberal Arts College).

Things are different, though, entirely different, when a business decides to boycott me — which is what precisely what Kellogg and those other corporations are doing. In that case, I’m all in favor of boycotting the corporation right back.  No more Raisin Bran in this house! In this regard, Ace nails it:

The left is determined to pressure all corporations to join them in the culture war, and most corporate personnel — being largely socially liberal anway, and viewing compliance with the left’s demands to be the path of least resistance– tend to sign up to be part of the Left’s Social Justice Army.

The left is a bully, the right is a patsy who will go along with anything, including its own denigration.

So what would any rational company do?

If you want to change corporate behavior, you have to change the incentives as far as picking sides in the culture war.

You have to stop giving corporations a free pass to hurt you merely because they’ve added up the plusses and minuses and the math says It’s a smart business play to treat you like garbage.

Exactly. With regard to the companies on that “proud” Sleeping Giants list, be assured that I will never, ever send them my money again. (To be precise, except for Kellogg and the San Diego Zoo, I’ve never sent them my money before, but I’ll certainly avoid all like the plague now.) I’ve worked hard for my money and I’m certainly not dumb enough to place it in the control of businesses that denigrate, demean, and offend me. This is one boycott I can enthusiastically support.

Having said that, I feel sorry for those corporations that thought they could get by in the American marketplace simply by offering a good product at a good price to all comers. Sadly, the Progressive obsession with turning not just the personal but the neutral political means that there will be economic pressure on all businesses forcing them to take sides whether they want to or not. Eventually, part of a business’s calculation in America will be whether it makes a better profit selling to Progressives or conservatives. That is, the target marketplace won’t just include the logical buyer who actually wants or needs the product; it will also include each buyer’s political affiliation. There’s something profoundly un-American, even Jim-Crowish, about that.

In terms of market smarts, Kellogg made a seriously wrong decision. Ace can’t remember who first said it, and neither can I, but someone nailed Kelloggs’ problem:

As someone said — forget who, maybe Kurt Schlichter — Kellogg’s chiefly sells to parents buying cereal for their kids.

To which I’ll add that, not only did Kellogg turn its back on the side with children, it also reached out to embrace the same granola eaters who would never be caught dead eating Kellogg’s non-organic, sugar-laden products — and, indeed, the same crunchy people who called for a boycott because Kellogg used GMOs.  Kellogg would do well to remember Churchill’s dictum that an appeaser is someone who hopes that the crocodile will eat him last, with its unspoken corollary that the crocodile will inevitably eat him anyway.