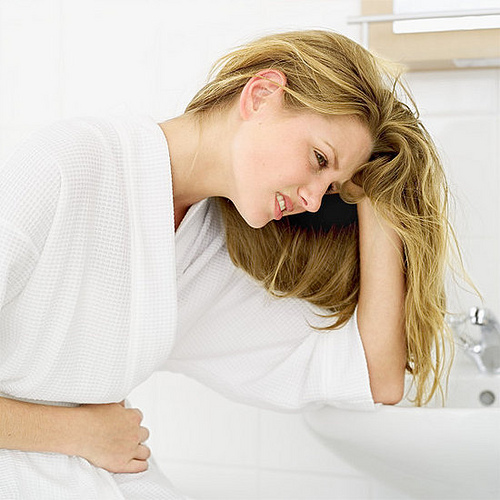 Teen Vogue, a pernicious hard-Left magazine that enters homes uninvited, has created the ultimate gift guide: what to give your friend after her abortion. 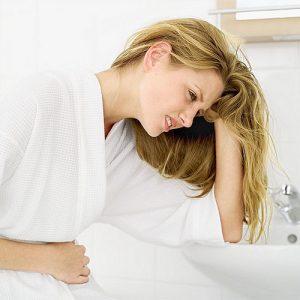 I am not Teen Vogue’s target audience. Nevertheless, it ended up in my home because an online clothes site subscribed my daughter to the magazine. One glance told me that an ideological virus was invading my home, as you’ll see from the issue I reviewed here. Reading the magazine would infect the reader with the entire social justice agenda: a world in which gays, trans people, Muslims, women, minorities, and whatever other victim groups I’ve forgotten are perpetually on the receiving hand of harassment and disrespect from a privileged white male establishment. Thankfully, because I got to the mail first, my daughter never even knew Teen Vogue had come near our house.

Teen Vogue popped up on my screen again after the Super Bowl. It turns out I wasn’t the only one to realize that Lady Gaga, by immediately following a few lines of America, the Beautiful, with a stirring rendition of a few lines from Woody Guthrie’s This Land is Your Land was scoring heavy-handed hard-Left political points. Gutherie was a die-hard communist and he wrote This Land is Your Land as a protest about the evil capitalism blighting the American landscape (the lyrics in the verses nobody sings are the giveaway).

Teen Vogue’s online site figured it out too, thanks to its online editor, Phillip Picardi. Incidentally, if you check out his Twitter feed, you’ll get a very good insight into the mindset of the people behind a magazine that naive parents might think is related to the fashion magazine of old:

Oh, and this one made me laugh: 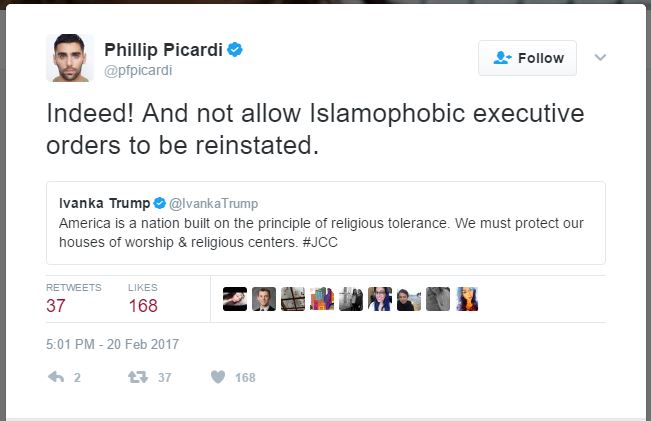 Why did that little tweet make me laugh? It made me laugh because this guy, whether he himself is gay or trans or just a fellow political traveler, seems to have missed the Pulse nightclub attack entirely and therefore to be completely unclear about Islam’s attitude towards gays. Let me remind him that these are images of Islam’s effect on gays: 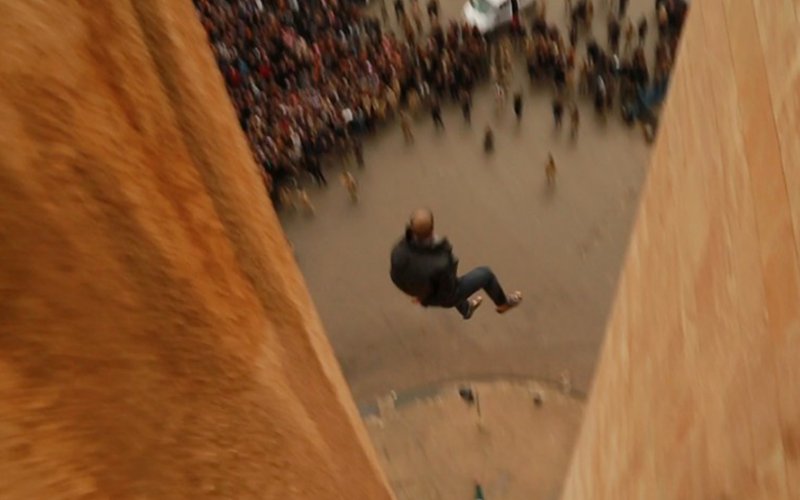 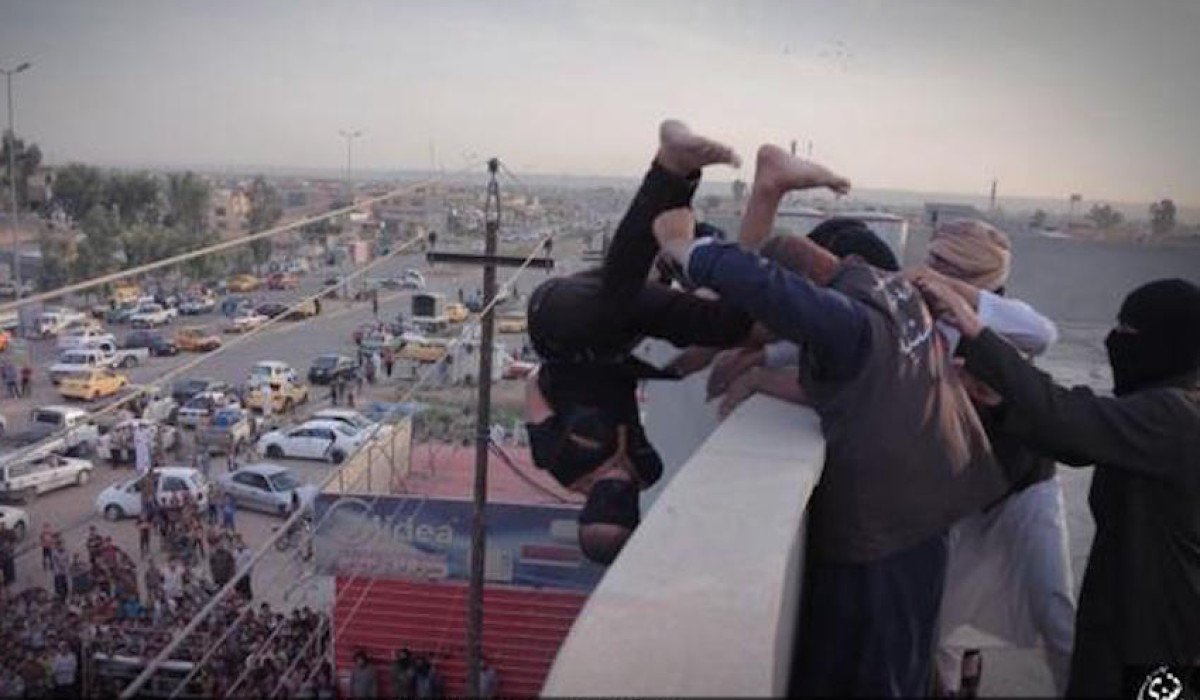 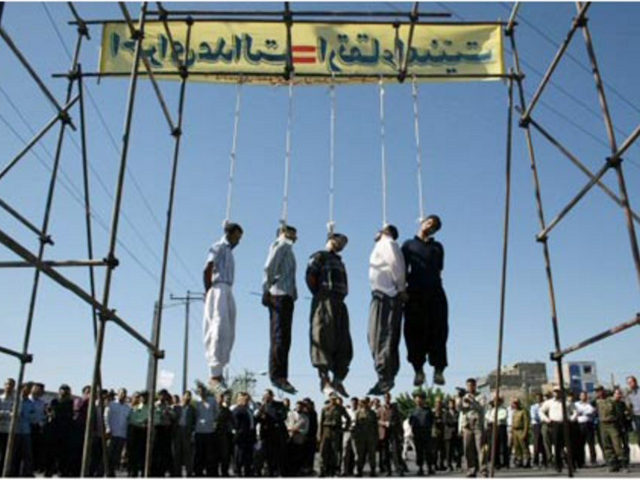 Incidentally, despite (or perhaps because of) the extreme ideology and random stupidity, politics has been good for Teen Vogue:

Our digital audience is up over 200% since covering politics and we have seen a recent uptick in paid subscriptions, but k https://t.co/C6ar7Dxx7U

All of the above sets the stage for Teen Vogue’s latest ideological assault on America’s young women: It’s the gift-giving guide for the girl or gay whose friend just had an abortion. Aside from being sure not to judge, you’d better be there with the loot:

So your friend is about to have an abortion. Of course you want to be there for her, but you don’t know how. Look, making this decision is never simple, and having to make it as a teenager is more than a little terrifying. But it shouldn’t have to be so scary. The worst part of all this isn’t the procedure itself (which by the way is completely safe as long as you have access to a good clinic). The worst part is how you’re treated afterwards.

Abortion is something that many women feel like they can’t talk about, even amongst themselves, which creates a false stigma. The more we hide something, the more confusing it becomes. But she shouldn’t have to feel ashamed, because she made the right choice for her situation. She is not ready to carry a pregnancy to term — and that’s OK.

Here are some things to lift her spirits, to help ease the cramps, and to put a smile on her face.

The proposed gifts are all purposeful things that advance Third Wave feminism or abortion. For example, you can get your cramping friend an “angry uterus” heating pad. What better way to treat painful cramps than with a cute political statement wrapped around a heating pad?

What I especially love about the heating pad, though, is that the designer — Lady Bits Design — “makes a mustached ‘MAN-struation’ version for our trans-friends as well.” Apparently some people on the “we’re all about science” Left are a little unclear that, if you’re born male, even if you surgically castrate yourself, take female hormones (careful of that breast cancer), and wear pretty clothes . . . you still don’t have a uterus.

That’s not the only nod a magazine ostensibly for women makes to pretend women. Another gift for your pregnancy-terminating friend is a GRL PWR CAP:

The world can be kind of a harsh place for girls and femme-identifying people, and the most important thing you’ve got is each other. Remember that no matter what society tells you, you’re not in competition — not for boys, not for jobs, not for anything.

“Femme-identifying people.” That careful language cannot hide that these “identifying” people are not, in fact, female. They are male. They are not having abortions. They cannot get pregnant. They do not need these gifts.

Promoting this type of body dysmorphic delusion is actually worse than something modern Leftists love to mock: those few Medieval people who believed the world was flat. Of course, because they could observe the horizon, people in the Middle Ages mostly knew the earth was round. The whole “flat earth” thing was a Protestant insult against Catholics. Additionally, even if some did think the earth was flat, one can understand why un-traveled people might think this. There is no excuse, however, for thinking that boys turn magically into girls — and must therefore be treated as girls in all respects — merely because they want to be girls.

The reality is that there is nothing worse for women than trans men. Just look at what happened when a boy-who-thinks-he’s-a-girl competed in the women’s division in Mixed Martial Arts:

On Saturday, Fox defeated Tamikka Brents by TKO at 2:17 of the first round of their match. In addition to the damaged orbital bone that required seven staples, Brents received a concussion. In a post-fight interview this week, she told Whoa TV that “I’ve never felt so overpowered ever in my life.”

“I’ve fought a lot of women and have never felt the strength that I felt in a fight as I did that night. I can’t answer whether it’s because [he] was born a man or not, because I’m not a doctor,” she stated. “I can only say, I’ve never felt so overpowered ever in my life, and I am an abnormally strong female in my own right. ”

His “grip was different,” she added. “I could usually move around in the clinch against…females but couldn’t move at all in Fox’s clinch.”

Another proposed gift idea to show that you support both abortion and your friend is to go online and print up a “Ruth Bader Ginsburg Coloring Book” for your friend. As a lawyer, I happen to have read several Ginsburg decisions, and oh! How I wish I hadn’t.

I’m sure Ginsburg is a very nice lady, and it speaks well for her that she and Justice Scalia were good friends, but her opinions are awful. Her writing style is turgid and her serpentine reasoning, while acknowledging both the Constitution and case precedent, actual exists to avoid either. After all, it’s the “notorious RBG” who, despite being sworn to uphold the Constitution, told Egyptian revolutionaries in 2012,

I would not look to the U.S. Constitution, if I were drafting a constitution in the year 2012. I might look at the constitution of South Africa. That was a deliberate attempt to have a fundamental instrument of government that embraced basic human rights, have an independent judiciary. It really is, I think, a great piece of work that was done.

RBG sees government as the answer and judges as the enforcers. She is highly resistant to ideas such as natural rights and individual liberty. This is not a good judge for America’s constitutional system. I’m only grateful that her overwhelming ego kept her from retiring during Obama’s eight year tenure, when he would have replaced her with a cline, making it more likely that age and health will force her from the bench during President Trump’s administration, when another Gorsuch will replace her.

But Ginsburg’s actual qualities as a jurist are irrelevant to the Left. What matters, as Teen Vogue makes clear, is that she supports abortion (emphasis mine):

Not only is this one free (you can download and print all the pages straight from home) but it pays homage to the biggest champion for our rights, the one and only Notorious RBG, our second ever female Supreme Court Justice — Ruth Bader Ginsberg [sic].

A woman born in 1933 who at the time was expected to do little more than gain her Mrs. degree. Luckily for us and our uteruses, that woman rose to the highest judicial court there is and has been fighting for your right to choose for the last 60 years.

I’ll end here as I always do when I write about abortion. I used to be pro-Abortion — that’s the world in which I grew up. Two things changed that. First, I had children of my own, which made manifest the connection the pro-abortion crowd denies: the zygote is the fetus is the baby is the child is the teen is the person you love from Day 1. Second, I grew disgusted with the death cult that is the modern American abortion movement. There is no moderation. It’s “all abortion, all the time — and don’t you dare tell me that there’s any life involved here other than the woman’s.” That’s not a nice attitude and it’s driven me further and further into the pro-Life area.

Don’t be fooled: Teen Vogue has nothing to do with fashion and everything to do with selling the most extreme hard-Left, social justice warrior world view. If you are thinking about ordering clothes for yourself or your child from an outlet that promises you a “free subscription” to the magazine, think twice about placing that order. Maybe you can find a retailer who’s not selling social justice in a magazine aimed at teen girls.