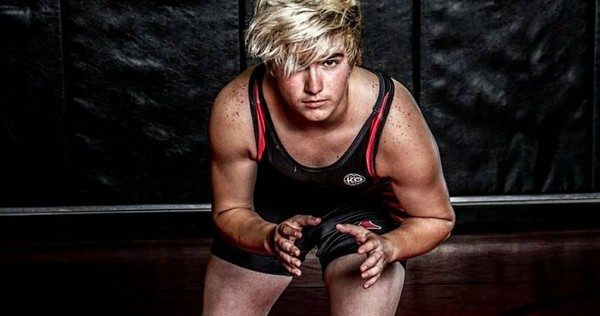 Mack Beggs, the transgender wrestler, should not wrestle as either a boy or a girl. She made a choice, so she, not society, should accept the consequences. 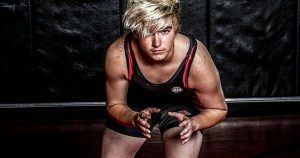 Mack Beggs is a 17-year-old genetic female with a serious body dysmorphia problem that has never been addressed: She believes that she was meant to be male, not female. Rather than treating this psychological problem, Beggs’ parents allowed her to take heavy doses of testosterone so that she can present to the world as a boy.

Aside from the fact that testosterone is very damaging, taking it does not make Beggs male. She has two X chromosomes, two ovaries, a uterus, milk-producing mammary glands (which she’ll eventually amputate), and a female skeletal system. What the testosterone has done, however, is given her a reasonable simulacrum of a male’s musculature.

Beggs has trained as a high school wrestler in Texas. Texas has a rule that students who compete in the state championships must compete in accordance with their biological gender, not their fantasy gender. Those with XY chromosomes, penises, testes, and the male’s heavier bone structure and musculature compete in the “Boys” category. Those who are equipped, as Beggs is, with two X chromosomes, ovaries, a uterus, milk-producing mammary glands, and a female’s lighter musculoskeletal system compete in the “Girls” category.

Texas refused to waive the rules for Beggs, so her biology trumped her delusional fantasy — she ended up competing as a girl, albeit a girl who was taking steroids, something that would have been illegal in any competition that did not intersect with the Left’s gender madness. By gender madness, of course, I mean the “pro-science” Left’s insistence that gender is not a biological construct but is, instead, a matter of wishing makes it so: Gender-wise, you are what you want to be.

Needless to say, bulked up by steroids, Beggs swept the Girls’ class in the Texas state wrestling championships:

Mack Beggs, a 17-year-old transgender boy from Texas, has won the Texas state girls wrestling championship. That title caps off an undefeated season for Beggs, who went 57-0.

Where in the world did we come away with the belief that choices have no consequences if you’re from a designated victim class? In the real world, once one leaves the Left’s victim mentality behind, we make choices all the time — including principled choices — and then live with the consequences.

Every gay man who comes out of the closet as a conservative is making a choice to be reviled and abused by those he once called his friends. Every woman who is so influenced by pop culture that she feels she must have breast augmentation makes a choice to risk losing sensation in an erogenous zone. Every woman who takes a look at her newborn baby and realizes that it is utterly dependent on her, and who then chooses (if possible) to be a stay-at-home Mom has made a choice to jump off the career track, knowing she may never be able to return. Every man who was out there sowing his wild oats, only to impregnate a woman, can make a principled choice at that moment to settle down and raise the child with that woman. He’ll lose sexual variety, but gain stability, maturity, and protection from disease, not to mention the satisfaction of seeing his child grow. These are serious choices and the Left won’t touch them.

Things are different when the Left gets involved. In the real world, every Muslim teen who makes a principled religious choice to wear a niqab should then say bye-bye to working at a place like Abercrombie, a chain that is all about being fashion-forward. Because Muslim women are a Leftist protected class, however, Abercrombie must hire someone entirely inconsistent with its brand. Likewise, in the real world, every Muslim man who ends up working at a grocery store should accept that handling ham, pork, and bacon goes with the job. With the Leftist wind at his back, though, that man can demand that the job changed to handle his preferences.

And oh boy! Watch out when transgenders, the newest, “hottest” victim class, get involved. In a sane world, the fact that a minuscule proportion of the population may find itself struggling with which bathroom to use would be a non-issue. We would say, “Look, you have to adapt. If you know you’re going to a public place without individual bathrooms, and you still look like your biological sex, wear the clothes of that sex. After all, if you’re a biological guy, you might have noticed that women in 21st century America dress like men all the time: un-styled hair, no make-up, shirts, slacks, and sneakers. You can dress like that type of girl when need be, instead of always dressing in ultra-feminine guard. Real women, not fake women, make clothing choices all the time so that they are save depending on which environment they choose.”

Likewise, when it comes to competitive sports, we would say, “Look, you made a choice. You could have opted to deal with body dysmorphia and competed in the category of sport consistent with your biological body. However, you made the choice — and it was most certainly yours to make — to use drugs and surgery to mimic the body of the opposite sex. To the extent you’re engaged in physical mimicry, the consequence is that certain activities will be closed to you. Choice. Consequence.”

Because trannies are a Leftist issue, though, it’s the real women, the biological women, who are told that they have to bend and take really terrible risks. An obvious risk in the competitive realm is that a person who is born a boy, but playing out the fantasy of being a girl, will physically injure them. You cut off your penis, wear high heels, and take hormones, but you’ve still got those big boy bones and, if you’re working out, those big boy muscles. Women are simply smaller and less strong, a biological reality the Left routinely ignores.

And going back to the bathrooms, the Left is imposing dangerous risks there too. The risks, incidentally, aren’t that transgenders will assault them. I believe the statistics that say that transgender peoples are not likely to commit assault. (On the whole, though, men with sexual identity problems or non-heterosexual preferences, are riskier citizens, and that includes being riskier when it comes to both murder and rape. The ones most at risk from these guys are boys and men, and there’s no bathroom rule that’s going to stop these predators.) The dangerous risk is that making rules to benefit transgenders whom the Left insists must not suffer any consequences from their choice is an open door to nasty heterosexual men with serious voyeurism, rape, murder, and pedophilia issues.

One of the things I’ve always admired about orthodox Jews and the Amish is that they recognize that their religious and cultural choices do not mesh well with the greater world in which they live and, rather than demanding that the world change, they have placed their principles to the fore and retreated from the world. Choices. Consequences. The Orthodox and Amish ways are how mature people and mature societies handle choices and consequences. The deal is that, as a civilized society, we do not target them for discrimination and that they, as reasonable, principled people, do not go out of their way to demand that we remake the majority society , of which they are only a teensy-weensy part — to suit them.

Because Mack Beggs has a mental problem, I’m sorry for her. To the extent that she and her family have decided not to treat the problem but, instead, to revel in and exploit it . . . that’s a choice. Texas should not have to change its rules. Girls should not have to wrestle with a pumped up faux-hermaphrodite. Beggs made a personal decision and she, not the rest of the world, needs to accept the consequences.