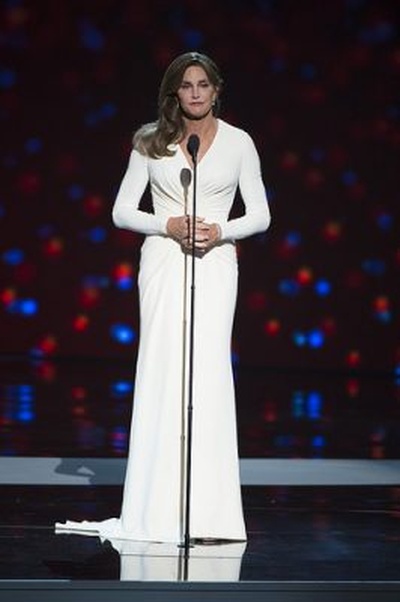 Even as Progressives prepare to March for Science tomorrow, their institutions peddle lunatic delusions that will harm a generation.

I’ve spent a fair amount of time trying to hunt down the science behind the claim that gender is separate from biological sex. Admittedly, modern medicine has made great headway when it comes to the risky job of delaying puberty, the equally risky job of giving women testosterone and men estrogen to make them display some of the physical and mental characteristics of the opposite sex, and the surgical skills necessary to remove breasts, penises, and testicles, as well as the skill and technological wonders that make it possible to insert silicon breast molds, carve out fake vaginas, and sculpt fake penises. That’s all science, I guess.

But the core issue — whether gender is indeed mutable — is one that science doesn’t touch. There are a couple of things we know with certainty: An infinitesimally small percentage (less than 2%) of the population is born with genetic mutations that leave those people with the characteristics of both sexes. Also, prepubescent children of all ages may be drawn to the behaviors and identities of the opposite sex but, in 98% of the cases, if the adults in their world don’t make a big issue of it, by the time the children pass through puberty they’ve comfortably settled into their biological sex identity.  (Incidentally, I cannot find authority saying that greater or lesser levels of estrogen or testosterone affect people’s gender identity, although it might affect their behavior and sexual attraction.)

We also know that, in the Cloud Cuckooland of Leftism, we are told (told? Feh! Hectored!) that, if you’re gay — which is a behavior, not a gender identity problem — you’re born that way. However, when it comes to sexual identity, you’re not born that way at all. Instead, it’s infinitely mutable. As far as I know, there is no reputable study that’s been subject to rigorous scientific testing that supports either of these notions.

At least one brave psychiatrist has come out and said what I’ve long suspected, which is that the rise in young people with so-called “gender identity fluidity” comes about because it’s trendy:

One of Australia’s top experts on gender has raised concerns that children and teens are overdiagnosed as transgender.

Adolescents are “trying out being transgender” to stand out or gain attention from their peers, psychiatrist Stephen Stathis told the Courier Mail last week. “One said to me, ‘Dr. Steve … I want to be transgender, it’s the new black,” he recalled.

Stathis, who runs Brisbane’s Lady Cilento Children’s Hospital, said a gender dysphoria diagnosis will be given to only a tiny minority of the 180 minors who seek treatment at his clinic this year.

In an interview last month, Stathis said that up to three-fourths of young patients who “present with gender variant interests and behaviors, or are gender diverse” will outgrow the feelings and don’t need treatment.

“You might get a six- or seven-year-old girl wanting to dress as a boy,” he said. “She may even say she wants to be a boy. When she hits puberty, she says, ‘No, I’m just a girl who likes to do boy things.”

I also can’t escape the feeling — and this is only a feeling — that the Left’s savage attack on male role models and its cultural push to get fathers out the door and put government in their place means that too many boys and girls are growing up without the necessary yin and yang for a maturing sexual identity; namely, a mother and a father. Worse, for those homes in which there isn’t a strong, supportive father figure, pop culture is not doing the 1950s thing and providing simulacrums of good dads. Instead, in shows aimed at children, dads are either missing entirely or are buffoons. I just cannot believe that this cultural war on men is not going to have very profound repercussions for both boys and girls.

Please don’t take the above to mean I’m not sympathetic to those with true gender dysmorphia (or, as it’s called today, gender dysphoria). I am as truly sympathetic to them as I am to anyone else with severe body dysmorphia, whether they starve themselves because they believe they’re fat or mutilate themselves in other ways to achieve some internal vision.

When I look at Bruce Jenner, whose picture I routinely use to illustrate these gender posts, I do not see a happy person. I see an exhibitionistic personality playing his personal tragedy out in real time before the world. It’s apparent to me that, although he’s achieved his vision of what his body should look like (big breasts, no male sexual organs), he is as unhappy a man as he was before. The problem was never his body. It’s always been his mind.

In future years, we’ll look back upon this trans mania as a popular delusion every bit as crazy as the the 1980s preschool witch hunts, the 1920s Florida real estate scam, or even the Salem witch trials. There is no science to back this destructive madness.

Unfortunately, this particular madness will last longer than the few brief years or months that characterized the other manias. That’s because the Left is working hard to institutionalize particular delusion, just as it  did the claim that CO2 is a toxic gas that will destroy the world. At Harvard, the campus administration, acting through its “BGLTQ Student Life,” office has released this piece of idiocy to the campus at large:

The office of BGLTQ Student Life at Harvard University has released a new school-sponsored guide telling students to “fight transphobia” and “get the facts about gender diversity.”

The guide, which was distributed to students on campus, declares that “there are more than two sexes” and that “gender is fluid and changing,” adding that someone’s gender identity “can be affirmed and/or expressed in many ways,” and can even “change from day to day.”

“Sex assigned at birth and gender identity are not necessarily the same,” the flyer begins, elaborating that anatomical characteristics may not always align with “gender identity, gender expression, sexual orientation, hormonal makeup, physical anatomy, and/or how one is perceived in daily life.”

You will not be surprised to learn that the BGLTQ Student Life flyer does not cite to any science for the above assertions. That is because there is no science for the above assertions. The only actual science that wanders into the flyer is the statement that a small number of people (as I mentioned above) are born with genuine genetic anomalies that leave them stranded between male and female.

What’s going on at Harvard is bad, but at least it’s coming from a flaky administrative office. What’s going on at Stanford is worse because Stanford Medical School has created, and is promoting, an entire little curriculum to institutionalize slippery gender insanity:

This week, which happens to be LGBT Health Awareness Week, Stanford is launching a free online course that [Myra] Adam, [MD] created to fill the gap. The course, which consists of 18 short videos, grew from her desire to raise awareness of the needs of transgender children beyond the small audience of Stanford students she teaches. In the videos, Adam interviews Stanford experts and gives basic explanations of what it means to be transgender.

I’ve embedded one of the videos, which is entitled “What is the Difference Between Sex Assigned at Birth and Gender Identity?” You’ll notice that it doesn’t have a smidgen of science attached. It simply accepts as a fact that there’s this thing called “transgender” which sees people thinking they’re the wrong sex. And once this happens, it’s up to medicine (at great profit) to accommodate this madness and for society to accept as real the deep-voiced, bearded man who announces that he’s a little girl:

None of the other videos included in this “educational” series are any more scientific in nature. The whole thing feels like some weird cultist church in which people stand up and shout out their gender, and the rest of the congregation chimes in with Hallelujahs and Amens.

Here are the rest of the titles, all of which geared towards taking the average child’s experimentation with identity (the girl who’s a tomboy, the boy who likes Barbis) and turning that natural phase of development into a lifetime of drugs, surgery, and profound identity issues:

What is the Difference Between Sex Assigned at Birth and Gender Identity?
4:37

What is the Difference Between Gender Identity and Sexual Orientation?
4:14

Ben Barres: “It’s No Longer Necessary to Live in the Closet”
5:02

What are the Gender-Affirming Management Options for Transgender Individuals?
6:16

How is Transgender Classified in Medicine?
4:05

What is a Non-Binary Gender Identity?
4:30

How to Create Gender-Inclusive Healthcare Settings
4:27

How to Create Gender-Inclusive Classroom Settings
4:36

Why is Social Support So Important for Transgender Individuals?
3:47

By the way, in answer to the question posed by that last video, a girl is a child born with XX chromosomes; and who comes equipped with sex organs both internal and external that provide the eggs, incubator, and post-birth nutrition for babies (even if, ultimately, she is unable or unwilling to have them). At puberty, she starts bleeding every month (more or less), a cycle stopped only by pregnancy or menopause. She has the genetic code for wide hips and a flexible pelvis to accommodate pregnancy and childbirth. Her hormones are mother specific to allow for pregnancy and all the changes her body goes through. The estrogen that courses through her body is an emotion suppressant (no PMS jokes, please) that stabilize her so that she doesn’t kill her babies when she’s sleep deprived or otherwise at the end of her rope.

Admittedly, things go wrong: Some women can’t get pregnant without help, others have hips too narrow for the babies inside them, and sometimes mothers kill their babies despite the estrogen and oxytocin that’s supposed to prevent that. But those are the basic ingredients that make up a “girl” who will turn into a woman.

Bruce Jenner, with his XY chromosomes, his narrow hips, his nonexistent ovaries, uterus, and other primary female sex organs, his milk-free breasts, the periods he never had, the mood effects of estrogen . . . he’s just a guy going to the extremes of playing dress up.

Poor Bruce was never a girl and he’s not a woman — and to tell him otherwise . . . well, at his age, it’s probably polite not to tell him otherwise to his face. But for us as a society to pretend Bruce and his fellow travelers are mentally healthy and that it’s normal and natural to feed hormones to children and to chop off their body parts. . . . Heck, just saying that tells me that we, as a society, are more mentally ill than poor Bruce ever was.