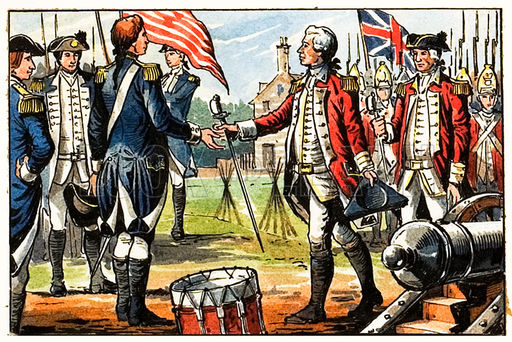 Harvard prof. Joyce Chaplin’s tweet about the United State’s creation reveals that a Harvard history degree is an imprimatur of ignorance.

My friend Wolf Howling isn’t near a computer, so I’m posting this for him:

A degree from Harvard is useless at this point (and so is a degree from Yale). Ex. 1 is Joyce Chaplin, tenured Chair in early American history at Harvard. Today, in response to Trump . . . she tweeted out the following:

Holy smokes. To call such a statement “wrong” is to do an injustice to the word “wrong.” There needs to be a word for that means stupendously, stupidly wrong by a history prof at America’s once premier university who does not know the very basic facts of our history.

Just sad. Tenured chair at Harvard, doesn’t seem to know how USA was created. Not a treaty. Declaration+Revolutionary War+Constitution=USA. https://t.co/tQALvjdkTs

Chaplin’s response was to double down on stupid:

Let me count up how many things are wrong with Chaplin’s idiotic statements:

1. To claim that the “international community” created the U.S. has got to be the most arrogant statement I have ever heard. Indeed, it is so outlandish I have never heard it before. In this woman’s eyes, we would not be a country if, say, France turned up its nose and said ‘non’? This is a particularly sophomoric play on Descartes’ “I think therefore I am.” Only we get to declare ourselves a sovereign country. What the “international community” does with that is meaningless. They can ignore us, they can recognize us, or they can contest our right to be a sovereign country, in which case we go to war and bathe the countryside in the blood of Redcoats and patriots.

2. The “United States” in existence today to which she makes reference did not exist in 1783. We were still under the Article of Confederation. Indeed, Article 1 of the Treaty of Paris states that the King recognizes “New Hampshire, Massachusetts Bay, Rhode Island and Providence Plantations, Connecticut, New York, New Jersey, Pennsylvania, Delaware, Maryland, Virginia, North Carolina, South Carolina and Georgia, to be free sovereign and Independent States.”

3. This woman is a typical prog internationalist for whom words on paper are the sine qua non of legitimacy, rather than the uncontested application of political and police powers within a geographical area. The stupid, it burns. It is her ilk that gave us the Kellog Briand Pact — and we all know how well that turned out. God spare us.