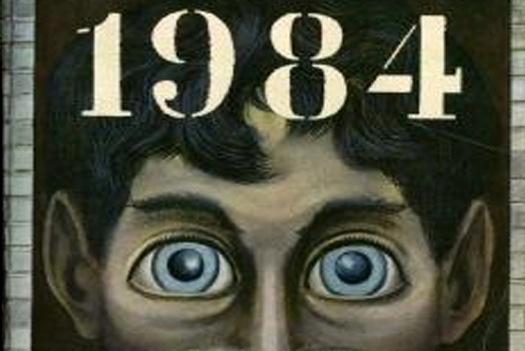 Orwellian government is not just repressive government; it is a government that seeks to reprogram your brain by controlling facts and language.

With Trump’s election, Progressives have suddenly rediscovered both Margaret Atwood’s The Handmaid’s Tale

, her turgid 1980s attack on the Moral Majority and George Orwell’s 1984 (Signet Classics)

, one of the most brilliant, powerful books ever written. As one might guess, Progressives readers of the first book misunderstand American Christianity (as well as Trump’s casual relationship with it) while readers of the second book completely misunderstand Orwell’s point.

Into that gap steps a TED-ed video, which carefully explains that “Orwellian” refers, not to physical force, but to a form of mental tyranny that effectively uses words to allow the government to invade people’s brains:

Of the top of my head, I can think of a handful of examples from the Obama presidency: The so-called “affordable” health care that makes insurance too expensive for the middle class that subsidizes it; Lynch’s “matters” rather than “investigations” into Hillary’s conduct; and Islam’s being a “religion of peace” that is somehow, in a way that cannot be explained, regularly associated with “man caused disasters.”

Progressives, of course, will immediately attack Trump for “lying” all the time. Two points on that. First, Trump lies about the inessentials (such as exaggerating the crowd size at his inauguration) but not about the essentials. In this regard, you differs from Obama, who truly believed in “the big lie” (“if you like your health care, you can keep your health care”).

Also, we often discover that Trump’s so-called lies aren’t lies at all. The most recent example is evidence that he was absolutely right about the devastating effect of illegal voters on outcomes across America. In other words, what the media and its cronies characterize as “lies” are simply factual truths they don’t like.

Of course, what’s probably the most Orwellian environment in America is a college campus. There, any ideas that violate Progressive thought are stamped out with a vigor reserved for a burning hot coal in a room full of dynamite.