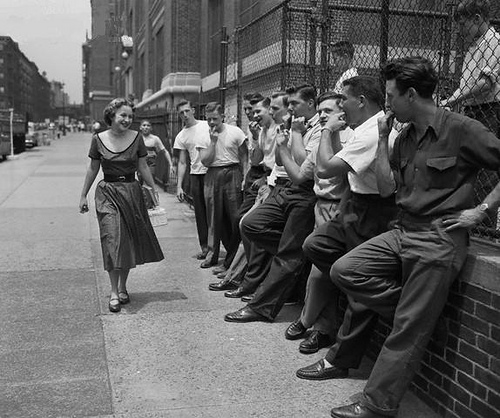 The Left is using Hollywood sex scandals to paint all men as complicit, with the hope that guilt-ridden men remorsefully embrace Progressive ideology.

When the sex scandals first came out of Hollywood, I have to admit to wallowing in schadenfreude. After years of seeing Hollywood’s premier Leftists use their unbelievably big bully pulpit to preen themselves as self-anointed feminists, race-aware avatars, neo-peaceniks, etc. — even as they produced unbelievably ugly fare (link NSFW) — it felt good, really good, to witness them struggling to explain how they allowed abusive sexuality to run riot in their community.

Of course, it was too good to last. Leftists have hard-wired in them Rahm Emanuel’s dictum that they should never let a crisis go to waste. So it was that women all across America were encouraged to say #MeToo” and to share their stories. For the most part, these women’s stories did not involve rape or men masturbating in front of them (an exhibitionist form of sexual fantasy that seems particularly well-suited to Hollywood’s innate exhibitionism). Instead, they were about the boss who kept putting his hand on their arm or the construction workers who whistled when they walked by.

I’m not defending touchy-feely bosses or noisy construction workers. I just think there’s a difference between that icky boss and the one who says “if you want to keep this job, you’d better put out.” There’s also a difference between whistling construction workers behind a fence or balancing on beams six stories above the ground and those unnerving gangs of unemployed young men surrounding a woman on a street, making overtly sexual comments.

In both the above examples, one scenario reflects the real-world fact that, unless women are sequestered a la Islam, heterosexual men are drawn to them and will strut, preen, and otherwise try to attract their notice. The other scenario, however, shows genuine sexual coercion and threat. One can dislike both scenarios, but still maintain some perspective about the difference between things that are merely unsatisfactory or things that are morally obscene or dangerous.

However, that kind of perspective is never the Left’s stock in trade. Instead, having used the bad behavior of a small group of men in powerful institutions to encourage staggering numbers of women to define themselves as victims, the Left has gone on to the logical next step: If all women are victims, then all men are predators. And the one thing we know about predatory men is that they’re toxic. And BOOM! Suddenly, Hollywood’s fall from moral grace has been turned into another weapon in Third Wave Feminism’s burgeoning attack on men.

Me? I like men. I especially like polite men. And I really especially like polite men who tactfully let me know they find me attractive. Is that my innate biological response as a woman or a learned cultural response? I don’t know and, frankly, I don’t care. I just know that, provided my world offers equal work for equal pay, equal opportunity for jobs, and a touch of polite vive la différence, I’m satisfied that Western Civilization has offered me, a woman, the best of all possible worlds.

That’s my spiel. For a better one, delivered with passion, Paul Joseph Watson spells out precisely how the Left, which is well on the way to success when it comes to using the sex scandals to make all men guilty for some men’s misbehavior, is already turning that guilt into a form of Stockholm Syndrome that will see all men subordinate themselves to their accusers’ political ideology: