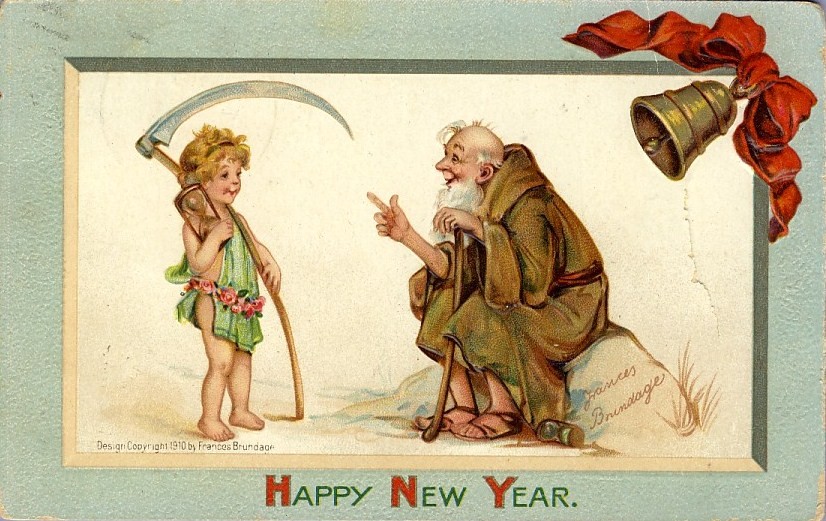 2018 is rife with possibility, so the Watcher’s Council took a crack at New Year’s predictions. In this post, I offer both pessimistic and optimistic views. As the old year dies away, and the New Year comes in with a bang, at WOW! Magazine, the Watcher’s Council’s site, a few of us had some predictions to offer for 2018. They are informed, thoughtful, and amusing. Here’s my contribution:

I have two sets of predictions, depending on whether I’m in an optimistic mood or not. I’ll start with the pessimistic predictions, so that I can end on a cheerful note with the optimistic ones:

Pessimistic possibilities in 2018 and beyond:

Mueller manages to pull together a package showing that Trump (who Wolff claims in Fire and Fury didn’t even want to win the presidency) nevertheless colluded with Russia and then engaged in obstruction of justice to hide this fact. Despite the complete absence of evidence to support either charge, the media, which remains peculiarly powerful despite open its bias and insanity, manages to convince the bulk of the American people that Trump is not fit to be president, forcing a Nixonian resignation.

The moment Pence steps into Trump’s shoes, the Progressive Wolff pack begins a sustained attack against him, alleging that his hostility to gays shows that he is mentally ill and must be pushed out of office.

With the unending chaos surrounding the Oval Office, the American people attempt to clean house by handing both the House and the Senate to the hard-Left, Progressive wing of the Democrat party. If the timing on this works out well, Pence’s being pushed out of office coincides with Nancy Pelosi having retaken her position as Speaker of the House. She is now President Pelosi.

At this point, two things can happen. First, flush with power, Pelosi clings to her new position like a tick embedded in a pig’s ear. Alternatively, having ascended to the White House, she appoints Michelle Obama as her Vice President and promptly resigns. Michelle Obama is now president of the United States and, for the first time, is really, really proud of her country. [I wrote this before the Golden Globes. since the Golden Globes, it’s clear that Oprah will give Michelle a run for her money in this dystopian fantasy.

Either way, whether President Michelle or President Nancy occupies the White House, the fundamental changes Barack Obama dreamed off now take off on afterburners. Medicine is fully socialized; our border is opened wide; taxes on the wealthy and corporations soar to 90% in all brackets; conservative Supreme Court justices sporting unexplained black eyes and damaged knee caps are “encouraged” to resign, only to be replaced by judges from the Ninth Circuit; Sharia law is declared compatible with the Constitution and quickly becomes the unofficial law of the land; women start wearing burqas as a voluntary rape preventative; in order to definitively wipe out “white provilege,” abortion is mandatory for all genetically Caucasian children; all surviving children of color are encouraged to abandon any gender roles and to end voluntary reproduction to save the planet (although Muslims are given a pass on this diktat lest the new government be viewed as Islamophobic; and, eventually, the remaining citizens of the United States gently slide under complete United Nations control. Americans are told that the best is yet to come.

Optimistic possibilities in 2018 and beyond:

The Inspector General’s report completely vindicates Trump, proving that, not only did he do nothing wrong, but that the Obama administration engaged in illegal spying and other election meddling against him. While it’s questionable whether any charges can be leveled against Obama himself (he was careful to keep his fingerprints off things), those who served in Obama’s State Department (starting with Hillary), the DOJ (starting with Holder and Lynch), the FBI (starting with Comey), and all other agencies involved in trying to throw the election or in enriching themselves in Pay for Play schemes are trying to convince themselves that orange really is the new black, and that a white house is still a White House even if the sign over the door says “Federal Penitentiary” rather than 1600 Pennsylvania Avenue.

Freed from the burden of onerous taxes and regulations, the economy soars. The greatest benefits flow to blacks and Hispanics, who start to get an inkling of the fact that the Democrat Party has been using them as election fodder since Roosevelt’s presidency.

The combination of the great economy and the realization among blacks and Hispanics that freedom is their friend means that there is a giant Republican wave in the mid-term elections, sweeping everything before it at the federal, state, and local levels. Everyone acknowledges that Trump will get a second term. The assumption is that, after him, the Presidency and Vice Presidency will be occupied for at least four more elections by some combination of Nikki Haley, Tim Scott, Tom Cotton, and Ted Cruz, or their intellectual heirs.

Fracking will mean that the Muslim Middle East suffers an economic crack-up. The American Marshall plan will promise relief only if Sunni and Shia nations embrace Enlightened Western manners and mores — and the men start holding real jobs.

The Iranian people overthrow the Mullahs. The nation either devolve into utter chaos, taking it out of the world equation for several years, or, which is devoutly to be hoped, it returns to the pro-Western values and policies that characterized Iran before the 1979 Revolution.

America gets a southern border wall and chain immigration ends completely. The price, unfortunately, is DACA, but we are a sensible people and recognize that we live in an imperfect world. On the good side, California loses all federal funding and its top officials, starting with Jerry Brown, end up in federal prison for violating immigration laws. Indeed, in every sanctuary town and city in America, those government officials who imposed and enforced sanctuary policies spend time in Club Feds.

America’s strong support for Israel, combined with the economic collapse of Arab Muslim states and Iran’s temporary sidelining, sees Israel finally free from economic, terrorist, and military threats. She continues to be a world leader in science and technology.

The idea of anthropogenic climate change is kicked to the curb where it belongs. America continues to focus on clean air and water, as well as environmental preservation, because we recognize that we are stewards for the earth and want to leave something lovely for our children and grandchildren. Nevertheless, without the Marxist, redistributionist insanity of climate change, our efforts do not destroy the economy, do not leave people to die in the cold or heat, and do not turn food crops into dirty fuel. Instead, we have room for sane and affordable environmental management.

We return to a scientific mindset that holds that, barring occasional genetic mistakes, there are only two sexes: male and female. We feel compassion for those people who suffer from body dysmorphia, and avoid discriminating against them as much as possible. However, we do not engage in their craziness by pretending that mere belief affects ones sex identity.

Universities are required to guarantee student loans. In the event they are called upon to repay a deadbeat ex-student’s loan, they can offer as defenses the fact that the student has deliberately avoided employment; has been legitimately ill (physically or mentally); or has died. Otherwise, Harvard’s endowment is on the line. The evidence piles up that the loans on which universities most frequently make good are for Womyn’s, Queer, and African studies. Who knew?

Universities are denied any federal funding if the ratio of administration to faculty exceeds a 1:1 ratio.

Bakers are not required to bake cakes for anybody.

The U.S. withdraws all funding from the U.N., which collapses completely. The building at Turtle Bay is turned into a New York-based campus for Hillsdale College. The campus is a donation, without strings attached, and Hillsdale continues to refuse all government monies.

Europe does what Europe does. Thanks to President Trump, we have breathing space in fortress America. We do not squander our blood and gold trying to rescue Europe from its suicidal fecklessness.

America is great again. It’s not perfect because nothing is. But it is a bastion of individual liberty and free market wealth. It is a light among nations and people queue up (legally) for the opportunity to enter. Immigrants, incidentally, are required to comply with American law, rather than demanding that the law comply with them. If they like their doctrines, manners, mores, and customs so much that they are unwilling to change, they can stay in their home countries.

You really should read what the others wrote. My predictions, especially the pessimistic ones, are tongue-in-cheek. My fellow Council members took the whole matter more seriously.