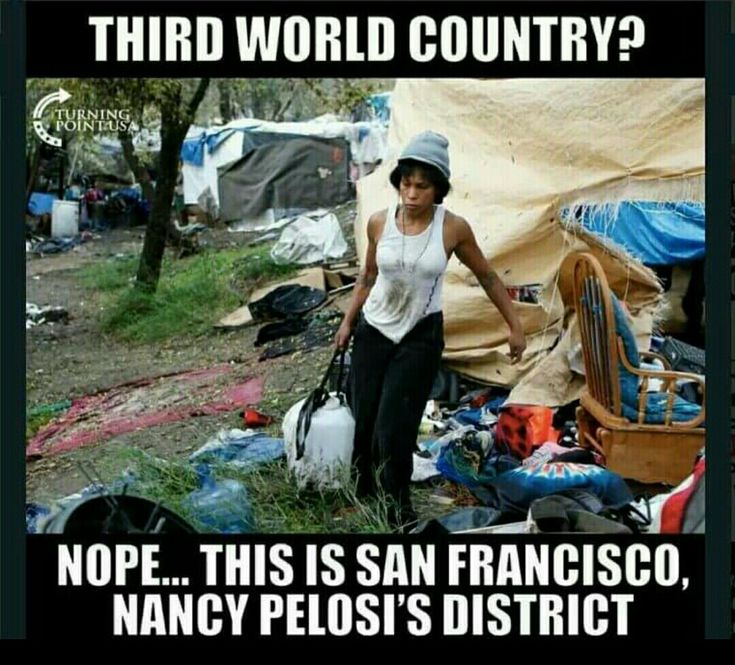 Once upon a time, America’s urban Democrat party machines, while corrupt, kept cities running. Kanye’s right, though, that they are irrevocably broken now.

We’re all familiar with the fact that America’s worst functioning cities keep voting Democrat. It’s a truism so very true that even a Trump-hater had to concede that, when Trump told African-Americans last year that Democrat urban governance was letting them down, Trump was correct:

Shrouded in the obscurities of his childlike prose, Trump pointed out the extent to which “communities have suffered under Democratic control.” He is not wrong. While Democrats have successfully manufactured an empathetic image of themselves as the protectors of the poor and the defenders of the downtrodden, this highly tailored conception is without statistical support or empirical backing. To the contrary, the evidence suggests that the cities most afflicted by crime, poverty, and unemployment are all bastions of Democratic control.

Using U.S. cities with a population over 100,000 and the most recent FBI statistics on violent crime, USA Today formulated a list of the top ten most dangerous cities in America. Of these ten, eight are currently run by Democratic mayors and city councils, and two are controlled by Independents. Of the past ten mayors of each of the three most violent cities in America — Birmingham, Detroit, and St. Louis — eight have been Democrats. All told, the three most violent cities in this country have been under nearly uninterrupted Democratic control for more than half a century. With violent crime rates exceeding 1,400 incidents per 100,000 citizens in each of these cities, perhaps a change of pace is in store. Admittedly, it is difficult to identify a significant correlation using only one criteria. However, an analysis of poverty and unemployment indicates a similarly distressing pattern.

I urge you to read the entire post, because it goes on for paragraph after paragraph detailing the horrible disasters that are Democrat-run cities.

Here in the Bay Area, we’re no strangers to Democrat-run cities. In the East Bay, Oakland, Richmond, and Berkeley are all Democrat-run and they all have massive dysfunction. Berkeley is protected by UC Berkeley’s presence, which keeps rents high and ensures a high-class, academic lout. Oakland, too, up in the hills, has a lot of money (especially in the Piedmont community), but it boasts horrific management that shows up in fire safety failures, riots, high crime, and a city mayor so anxious to advance an open borders policy that she willingly put her citizens at risk from violent felons who happen to be illegal aliens. Moreover, Oakland’s mean streets are some of the meanest in America — as are Richmond’s.

San Francisco isn’t doing so well lately, either. It has the highest car-theft and car-break-in rate in America. It’s also been making headlines lately for homeless encampments through San Francisco that would look perfectly at home in a Hieronymus Bosch painting. I wrote about the City’s dysfunction some years ago, and the only thing that’s happened since then is that it’s gotten infinitely worse. Back then, neither car crimes nor homeless people were any worse than what had passed for the norm during the decades in which I lived and worked in San Francisco.

When I still called the City home, I routinely rode on the underground trains (BART). I preferred the hard seats to the padded ones, as I was always worried that the padded ones had lice in them, not to mention unsavory bodily fluids. Otherwise, though, I found it a very pleasant way to commute and managed to knit lots of sweaters and read lots of books during my time on those trains. I avoided certain BART stations (24th & Mission, for example), because there were periodic muggings and stabbings there; and, when I was at the downtown stations, I avoided certainly long corridors or stairways, because they smelled of stale urine and there would always be a handful of beggars lying around. Nevertheless, it was a fine system to use and I, a cowardly, persnickety kind of person, had no qualms about it.

How things have changed. This recent video presents an apocalyptic side of San Francisco I never imagined:

And then, of course, there are the homeless encampments all over America, but especially in Democrat-run California, and more especially in Los Angeles, Santa Monica, Oakland, and San Francisco (as well as Sonoma County). Tucker Carlson has a video here. I also have the witness of my own eyes, having seen these encampments under freeways and along roadways all over the Bay Area:

When we see this kind of thing, we are looking not just at Democrat governance, but at the end of the old Democrat party machinery. I grew up in San Francisco during the hippie era, with my first memory being of Joe Alioto’s stint as mayor during the 1960s. Here are San Francisco’s mayors just during my lifetime, in reverse chronological order, starting with the current mayor:

Looking back over those decades of Democrat governance, what I remember from the Alioto through Feinstein eras is that they ran functional cities. It wasn’t Tammany Hall, but they played the game: They got the votes and the power and, in exchange, they kept the city running with a certain efficiency.

Joe Alioto couldn’t keep the hippies from taking over the Haight and large swaths of Golden Gate Park, but he kept their filth from spreading elsewhere. And he and several subsequent mayors never did alleviate the plight of San Francisco blacks trapped in crime ridden poverty, but they made sure that the rot in those enclaves, with generations trapped under the cumulative weight of “just enough to get by” government largess, never spread to the middle-class or downtown parts of the city. City government was corrupt, but it was functionally corrupt.

Today, Democrat cities remain corrupt, but their functionality has ended. The rot that they kept confined to specific neighborhoods has spread throughout cities that once boasted a reasonable simulacrum of good governance. Broken pensions, out-of-control homelessness, skyrocketing crime . . . one after the other, the cities that once ran like well-oiled criminal enterprises are now just Third World sh*t-holes. As between North Africa and certain parts of downtown San Francisco — both places to which I’ve traveled — there’s very little difference.

I’m not just taking you on a trip down memory lane to the good old days of Democrat-run cities that, despite graft and shakedowns and all sorts of other corruption, functioned fairly well. The real point is that Kanye West’s revolution is perfectly timed. Before I go further, all the usual disclaimers about Kanye go here: Yes, he’s a publicity hound. Yes, he’s unfiltered to the point of bizarre. Yes, I find unseemly past positions he’s taken, such as comparing himself to the crucified Christ. Yes, I’m certain that he hews mostly Progressive in his politics.

Disclaimers notwithstanding, though, Kanye is a person of substance without the American black community. I understand that he’s genuinely talented, and he’s certainly earned a place in the modern American entertainment pantheon. So when Kanye points out that Barack Obama (and, by implication, his Democrat party) have failed American blacks and when Kanye (in effect) gives blacks permission to leave the Democrat fold, the timing could not be more perfect.

Once upon a time, cities were functional enough, and the glad-handing profitable enough (at least for leaders in the black community), to justify the herd mentality that kept blacks voting Democrat. They may have lived in vile slums, but the cities worked and the politicians pretended to listen and went acted out various Kabuki theater playlets about alleviating inner city suffering. Now, though, blacks can’t pretend that the Democrat party machines are anything but broken. Their lives have an apocalyptic feel in cities governed by their party of choice. And just as the decay becomes undeniable, as it becomes so visible one can’t explain or pretend it away, Kanye says, “It’s okay for you to recognize the failure and look elsewhere for succor. And maybe you should look to a Republican president who has brought you more economic opportunities than any Democrat president ever.”