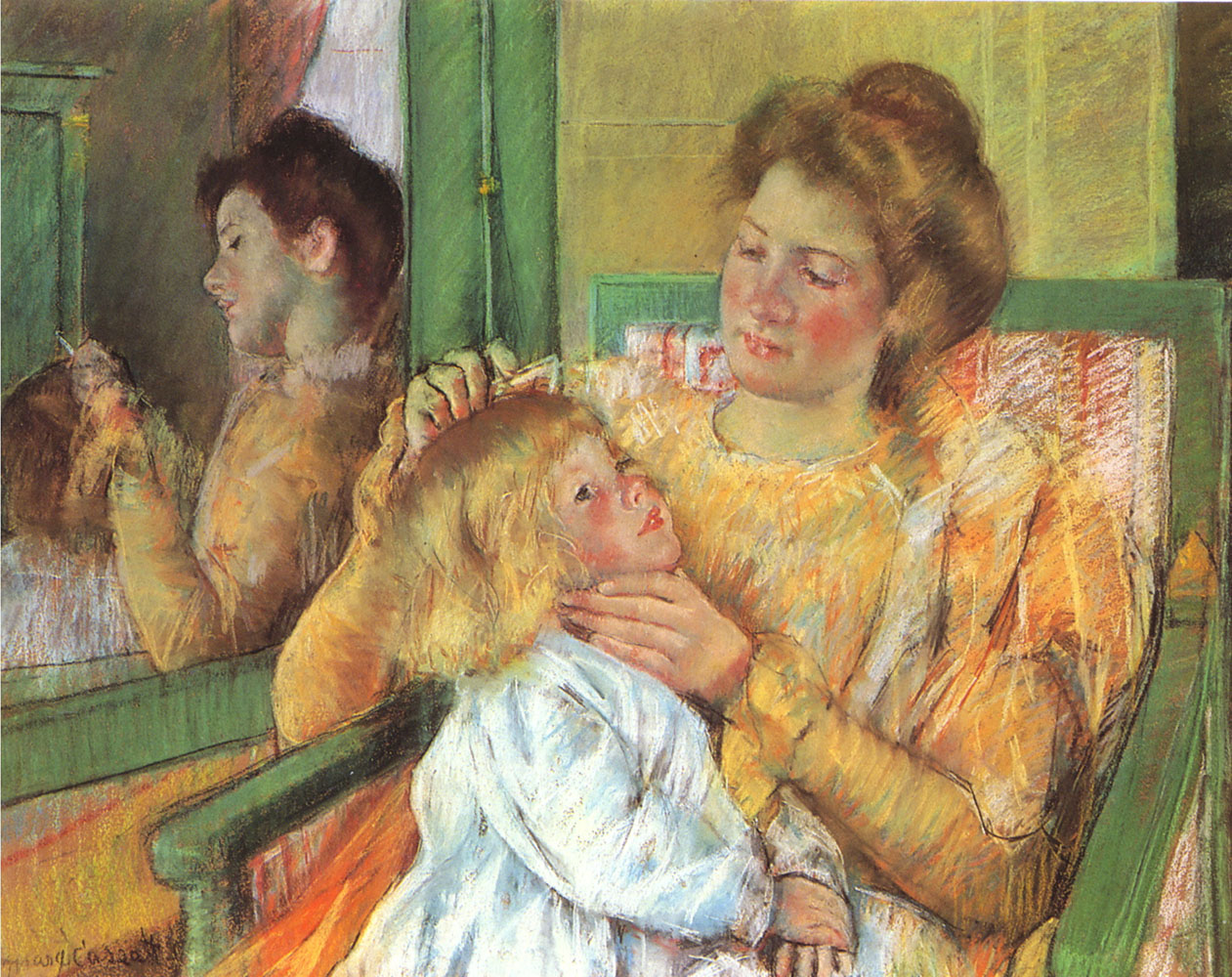 Candace Owens was wrongly shamed for asking a question about childlessness and angry, bitter women like Sarah Silverman, Chelsea Handler, and Kathy Griffin. 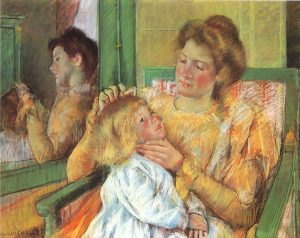 I’m on the verge of being an empty-nester and I couldn’t be happier. I never wanted children and I really hated raising children. Being child-free will be lovely. That sounds pretty awful, doesn’t it? But that’s just the beginning; it’s not the end.

Here’s the really important thing: Despite being a Foghorn Leghorn kind of person about children, I don’t regret having children. Not one little bit. It’s not just that I love my children and am proud of the people they became. It’s also that having children was the best thing that could have happened to me.

At the most obvious level, children forced me to grow up. As long as I was childless, I could enjoy a perpetual adolescence, one in which I always came first. Sure, I was able to get through college and graduate school, and to hold a responsible job, but at the end of the day, I did it all for me. I got up in the morning for me, prepared food for me, went to work for me and, during my non-working hours, did things that made me happy.

Nothing much changed when I got married. My husband and I, although we worked very hard at demanding jobs, nevertheless tailored our lives to our wants, our needs, and our desires. Instead of being all about me, life now was all about us.

But when the kids came along . . . oh, my! Suddenly, it was all and entirely about them. As long as they were little, everything was about the absolute necessity of fulfilling their core physical needs: Feeding them, keeping them clean, getting them to sleep, keeping them physically safe, and imbuing them with emotional stability and love. Even when they weren’t babes in arms, my children’s needs continued for many years. As they got older, and their immediate physical needs lessened, there were new needs, not the least of which was the driving middle-class need to give them the best academic and extra-curricular opportunities possible.

The reality is that, with kids, self-indulgence ceased being a lifestyle and became a very rare privilege. I sorely missed being able to sleep through the night (a skill I never remastered, even after my kids ceased to be babies), I missed privacy, I missed having a minute to myself, I missed a quiet home. In other words, I missed the “me, me, me” lifestyle I had so enjoyed.

Also, unlike other mothers in the circles in which I now found myself, there was no offsetting compensation in the form of enjoying children. I don’t like children. I find them dull. Childish games, the ones for the ten and under set, are dull — something I felt when I was a child too (explaining my status as a social outcast). Kids and their games start getting interesting when they’re in their teens, so I at least had the blessing of enjoying my kids more with every passing year, rather than hating the teen years.

I also don’t find childishly lisping voices charming, and their innocent delight in the world does nothing for me. That is, I do not look on the world with fresh eyes because I have a child at my side. In this, I disagree with Jordan Peterson, who thinks that people should have children for the sheer pleasure of being around their sense of wonderment.

For me, when it came to children, they were sheer mental and physical drudgery. All those people who said to me, “Cherish these moments because you’ll miss them when they’re gone,” were wrong. I didn’t cherish them and I don’t miss them.

Still, as I said when I opened this essay, I love my children, I’m proud of who they’ve become, and I like them now and look forward to having them in my life for many decades to come. They were worth the effort and they forced me to be a mature person who moved beyond living only for herself and her selfish pleasures. Maturity is a much more enjoyable quality than adolescent selfishness.  Interestingly, just today, Matt Walsh made the same point from the male perspective, although he saw marriage, not just having children, as part of that trajectory:

You cannot be marriage material until you are married. That’s the whole risk and reward of the thing. Marriage is a transformation. It’s one of the few times in life when you, in one instant, become something other than what you were before. Your very identity changes as you are bonded for life to this other person. But this transformation of identity does not automatically include a transformation of personality and tendency. Those you must bring with you into this new and higher calling. Slowly you will discover your unfitness, and the real work will begin when you set out to purge yourself of your childish ways and conform yourself with your vocation.

I don’t know how much work the average person has to do in this regard. I know that I had quite a lot to do, and still it is nowhere near complete. You can be selfish when you are single without ever really noticing your selfishness. The demands made upon your time and your life are not very great, and harshest demands come with financial compensation. It is easy to maintain considerable levels of self-absorption while still being a competent employee, loyal friend, and polite neighbor. Your employers, friends, and neighbors don’t expect much of you, all things considered.

I had only just begun to confront these ugly aspects of myself when my wife became pregnant with twins. The next moment of transformation was upon us. If I wasn’t marriage material even less was I dad material. The transformation occurred regardless, no matter my my lack of preparedness. As my children’s lives came suddenly into being, so did my new life as a father and my wife’s as a mother. We were now parents and we would never not be parents. Our old lives as non-parents were dead and gone, never to return.

Important as this maturity was for me, there was another aspect to having children that extended far beyond simply growing up. My parents, bless them, loved me and my sister ferociously. They were also two very damaged people who were, in some ways, singularly ill-equipped to be parents. My father, raised in an orphanage, had no idea how to show affection, although he showed his love by working incredibly hard to keep a roof over our heads and by giving generously of his time and energy whenever we needed his help. My mother, probably a narcissist by genetics, was made a quite flamboyant narcissist by her truly appalling life experiences, both as the child of peripatetic parents who loathed each other and as a person who experienced first-hand some of the worst WWII had to offer.

I can say without any fear of any reasonable or intelligent contradiction that it’s not a good thing to have a flamboyantly narcissistic parent. You can break away, as my older sister did, an act that will turn the narcissist against you because a child’s normal, appropriate growth away from home and family is viewed as betrayal, or you can do what I, the younger child did, which is to hew more closely to the parent, in order to preserve the parent’s “love.” Hewing closely meant that, in addition to my virtues (and I did and do have some), I also became a very brittle, angry, paranoid person . . . just like Mom.

When I had children, I simply could not continue being so brittle, angry, and paranoid. Well . . . I probably could have continued that way, but narcissism isn’t actually my nature. I’m more neurotic than narcissistic, so holding on to the narcissistic veneer, while coping with my innate neuroticism was just too much work. I therefore made a conscious decision to be more relaxed, less judgmental, less angry, less paranoid, and more kind.

In other words, the exigencies of child rearing forced self-improvement upon me. Since life is better when you’re not brittle, angry, and paranoid, that’s another reason I’m incredibly grateful for the motherhood experience, no matter that it was not my cup of tea. On the debit side, motherhood meant that my lovely, self-indulgent life got exploded into a million, irreparable pieces. On the credit side, I have two wonderful human beings in my life, I matured in a way I could not have done otherwise, and I am a much nicer person than I would have been.

I’m not saying that I’m a “10” on the nice scale, but I’m probably a “6” or so, which is lot when you consider that I was a “1” or a “2”, which my essential meanness offset only by good manners. I like myself now, which I did not before.

There’s a reason I’m dragging you through my maternal experiences. Candace Owens got a lot of grief today for this thought-experiment tweet:

Interesting theory presented to me at lunch. Do you guys think something bio-chemically happens to women who don’t marry and/or have children?

People immediately tried to shame Candace into silence by accusing her of “woman shaming.” I hate this whole “woman shaming” thing. That’s just another form of PC thought control. You know what? Sometimes people need to be shamed and sometimes questions — even dumb questions — deserve to be asked. To be told “Shut up, you can’t say that about women” is intellectually offensive.

Okay, back to the core issue, which is whether Candace is right that some childless women share narcissistic traits that reveal themselves in brittle, hate-filled, paranoid, hysterical behavior, the kind of behavior that people such as Chelsea Handler, Sarah Silverman, and Kathy Griffin routinely display — and, indeed, behavior that underlies their very successful careers.

Based upon my experience, and decades of observations of other women, Candace is on to something. I don’t think it’s biochemical, though,. I think it’s the fact that children, by their mere presence, have a powerful effect on women.

A few disclaimers before I go on:

Not all childless women are brittle, hate-filled, or hysterical. Likewise, not all childless people are selfish and immature. People who got a good start in life, whether genetically or in terms of upbringing, and are therefore not selfish, ugly, brittle, etc., don’t need children as an offset to bad traits because, as I just said, they don’t have those bad traits.

But here’s the deal: For people like me, especially women like me, who have all those bad traits (selfish, immature, brittle, hate-filled, hysterical), having children is an excellent way to shed those bad qualities — assuming the woman wants to make the effort to be a better person and a better parent. Children are an amazing catalyst.

The flip side of the motherhood catalyst is that this subset of women with my bad qualities who elect not to have children really never repair themselves. Their energy (which is often neurotic or narcissistic) and their intelligence can carry them very far, but it will not make them nicer people. Indeed, the peculiar world of fame will worsen their worst traits. Having children, on the other hand, is the antithesis of fame.

So yes, Candace’s question is worth asking because my personal experience and my life observations suggest that, for that cohort of women who are hyper-neurotic or narcissistic, motherhood can work as a powerful constraint on their worst traits and behaviors. Moreover, the absence of that constraint, when coupled with the narrow and peculiar world of fame, can intensely magnify those same bad qualities.