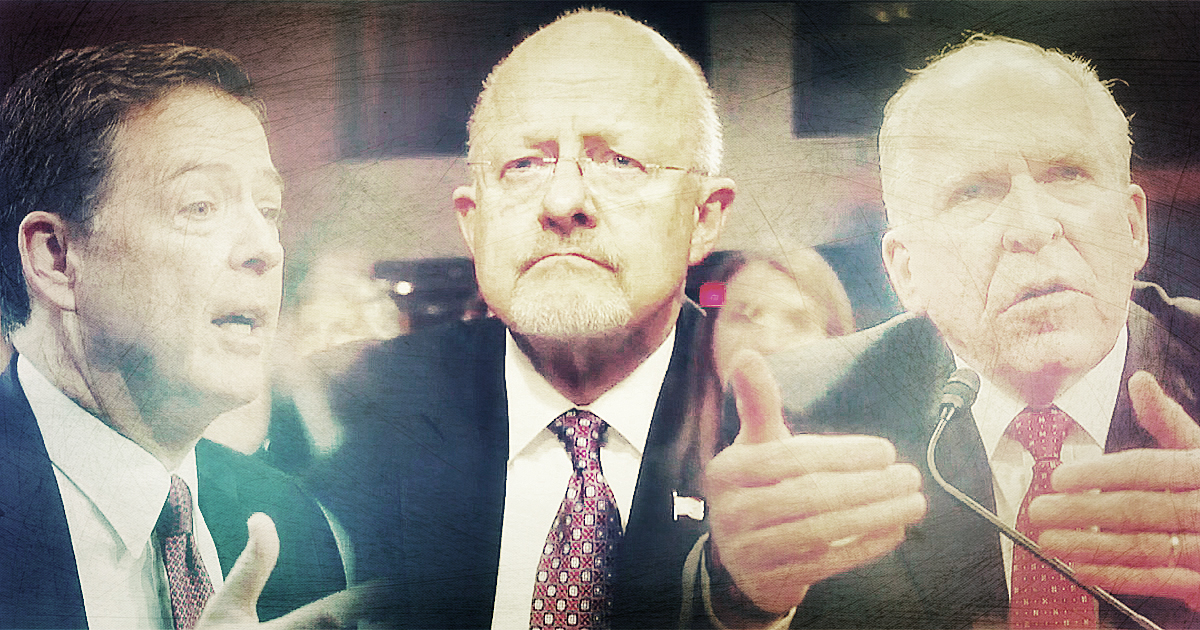 By resisting an investigation of the apparent attempted coup against Trump, Progressives reject a core Anglo-American doctrine that no one is above the law.

The “Trump-Russia collusion investigation” — 2+ years, $30+ million, and using all the investigative resources of government — is over.  Given the specificity and nature of the allegations in the Steele Dossier, given that Steele and his employer wanted the allegations publicized before the 2016 election, given the repeated leaks of classified material to the press over the past two years (central to the Pulitzer Prize won by the NYT and Wapo last year for reporting on Trump’s allegedly treasonous activities) and, finally, given the complete lack of evidence found to support the allegations, it would be reasonable to suspect, first, that this was all a con game from its inception to elect Hillary Clinton and second, after that failed, that it was an effort to destroy the Trump presidency and protect those who broke our laws by engaging in the con.

The former was an unlawful dirty trick involving a false allegation of criminality to the FBI.  The latter would be unprecedented in our nation’s history — nothing less than an attempted coup (one which is still ongoing in Crazy Nancy’s House), seemingly both to overturn the 2016 election and to protect those who had broken the law to protect Hillary Clinton.

Can anyone tell me a legitimate justification for why those reasonable suspicions should not be investigated?  The stakes could not be higher for this nation.

And yet, the MSM and progressive politicians are colluding in a full court “press” to ensure that no investigation takes place or, if it does, that the country is primed to ignore it as illegitimate.  Toward that effort, NBC’s Johnathan Allen has penned a ridiculous polemic today, based on a recent interview Trump gave, as well as Trump’s declassification order of earlier in the week.  This from the execrable Mr. Allen:

President Donald Trump found four former federal officials guilty of “treason” Thursday — and then commissioned his intelligence agencies to help the Department of Justice prove it.

At the same time, he is blocking Congress from executing its constitutional duty to execute oversight of his administration, not only with regard to his campaign’s ties to Russia and the interference detailed in special counsel Robert Mueller’s investigation but also on a host of other fronts.

The thing about proggies is they are all about building a narrative.  And with the media carrying their water, it doesn’t matter that the narrative is complete horse crap that cannot possibly survive even minimal examination.  Trump has blocked nothing in regards to legitimate oversight — and believe it or not, opposition research is not one of the categories of legitimate oversight.

Prying into Trump’s private affairs is subject to the Fourth Amendment.  Executive and attorney client privilege are well established at law.  You’ll note that Allen does not get into a single specific example.   Democrats in the House are quite literally putting out subpoenas that they know so overreach their bounds that the administration will not comply.  They are doing it to build a narrative that worthless media people like Allen will then parrot to the public.

[Trump’s] wielding power in ways not seen in the United States in generations, if ever, and which many experts say do not resemble global norms for heads of state.

Really?  Which powers and how so?  If Allen means investigating for a coup, well, we’ve never had one before in this country.  This is unique.  And it is not a global norm because this is unprecedented in supposedly free societies.  If he means resisting Crazy Nancy’s and the House’s efforts to get this deeply treasonous coup across the finish line, well, oh my.  As dryly put at Maggie’s Farm recently:  “”While we recognize that the subject did not actually steal any horses, he is obviously guilty of trying to resist being hanged for it.”

At this point, I will stop my fisking but for two final points.  One regards something utterly central to understanding Progressives — they live on projection.  If you want to know what they are doing, look at what they accuse you of doing.  Thus, you will find no better example of pure projection than this from Allen:

“Countries with the rule of law do not conduct criminal investigations for political reasons,” he said. “In countries that lack the rule of law — like Russia — the ruling political officials instrumentally utilize the legal system to target opponents for criminal prosecution as a means of intimidation or punishment.”

I couldn’t agree more with the sentiment, but in this case, Allen is attempting to claim that any investigation of a lawless coup attempt is disrespect for the rule of law.  It is pure projection turning reality on its head.

Finally, in what has to be the ultimate irony, Allen concludes his polemic by raising Hillary Clinton as a sort of Cassandra regarding the rule of law:

In the hours after Trump was elected in November 2016, Clinton asked her aides to insert lines into her concession speech that would be a subtle caution to the public about the possibility that Trump might try to rewrite the rule of law. She wanted to avoid direct criticism of the president-elect, but she juxtaposed her call to accept his victory with her admonition.

“Donald Trump is going to be our president. We owe him an open mind and the chance to lead,” she said the day after the election. “Our constitutional democracy enshrines the peaceful transfer of power and we don’t just respect that, we cherish it. It also enshrines other things; the rule of law, the principle that we are all equal in rights and dignity, freedom of worship and expression. We respect and cherish these values too, and we must defend them.”

Good lord.  We’re in this mess because our weaponized bureaucracy tried to whitewash Hillary Clinton’s felonies in the first place.  We’re in this mess because the progressives have not accepted the 2016 election and still want to overturn it.  Moreover,  Comey and the DOJ actually did rewrite the legal standard of 18 U.S.C. § 793  so that Hillary could escape prosecution, then did a cover up instead of an investigation, all in the expectation that she would beat Trump in the 2016 election.

Trump’s failure in all of this was that he did not immediately move to reestablish rule of law in this country when he was inaugurated.  Hillary skated.  Those who helped her skate tried to stage a coup against Trump while Trump was trying to ignore them and govern.  That didn’t work out too well.

If Trump let’s these people likewise skate from legal consequence, then we have an existential problem.  “Rule of law” is — and can only be — founded on the premise that “no one is above the law.”  Allen would do away with that foundation.  If the progressives succeed, this nation is in dire straits indeed.