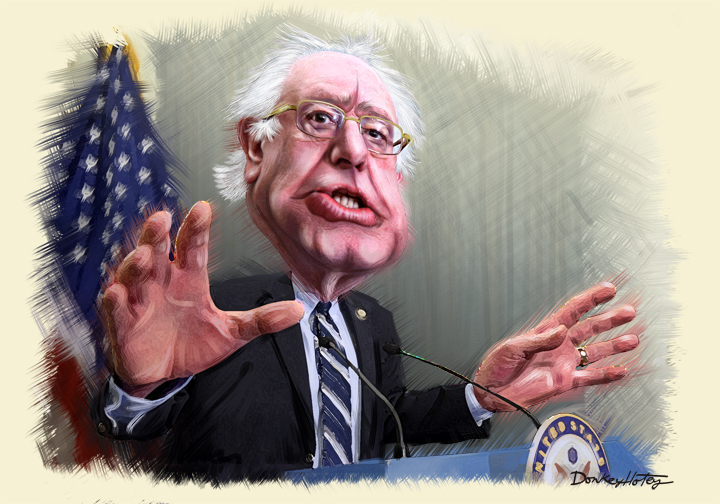 Sadly, not only Leftists, but beleaguered working and lower middle class voters will like the Bernie promise to make their lives safer and easier. Monica Showalter of American Thinker, is one of the most astute political bloggers out there. Nevertheless, I believe her conservative outlook caused her to make a conceptual error. Today she wrote a short post about an Axios list of the things Bernie wants to bring under government control — and Showalter thinks that Axios published the list because it’s concerned about Bernie’s proposed power grab:

In a startling Axios summary list called “Bernie Sanders’ 2020 plan to restructure your life,” Axios publisher Jim Vanderhei (and Juliet Bartz), are sounding the alarm about the nightmare scenario of a potential Bernie Sanders presidency.

The piece was featured in Mike Allen’s widely read Top 10 — at the top. It’s a piece that looks like it belongs more at Issues & Insights than center-left Axios. Axios warns that Sanders is surging in the polls and influencing other Democratic candidates with his ideas and they don’t sound happy.

I have to disagree with Showalter. First of all, looking at the list from the purely Proggie viewpoint, I think it’s a very happy list. In the chart below, the left-hand column quotes verbatim from that Axios summary. The right-hand column has the reaction from the average hard-core, college-educated Leftist.

But of course the base is going to be happy. The more worrisome thing is that, unlike Showalter, others might find it appealing too. That is, like Axios writers, they’ll see the ten items as either positives or net neutrals. Here’s another chart looking at the same list from the loosey-goosey, not-very-political working class or lower-middle class voter’s view.

To reiterate, I think Showalter is shocked by the reach of Bernie’s proposals. I’m not sure non-conservative Americans will be. When the Democrat candidates stand on the stage and talk about open borders and paying for illegal health care, ordinary Americans get queasy. When these same candidates promise to take away all pain and worry, they may start to line up with their hands held out.

Back in 2016, I put together a blog with some sustained attacks on Bernie’s policies. I recommend checking it out now. It’s an effort to remind people that Bernie’s policies, nice though they sound, invariably pave the way to despair and death.