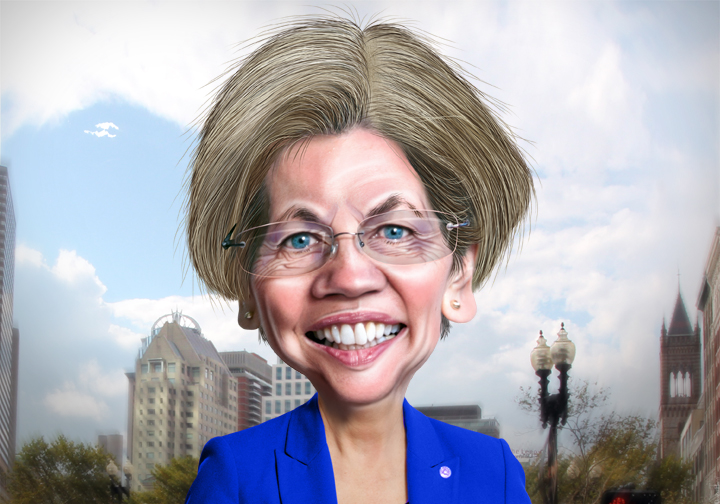 When you hear a Democrat presidential candidate say “Let me make this perfectly clear” . . . you are about to hear a lie at worst, a non-answer at best. 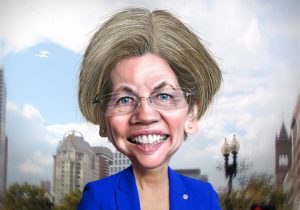 Elizabeth Warren in particular, but several of the proggies on stage last night, all exhibited the same verbal tic.  When they were about to lie by omission or refuse to answer a question, they began their response with some variant of “Let me make this perfectly clear . . .”  What followed was clearly NOT an answer to whatever question was asked.  The formula was to follow “Let me make this perfectly clear” with some sort of re-direction — often several meaningless personal anecdotes — then the big, flourishing, holier-than-evil-conservatives and bad-orange-man finish.

Exhibit one:  Sitting Bull, when asked whether she will admit her health care plan will drive up middle class taxes:

WARREN: So, let’s be clear about health care. And let’s actually start where [the] vice president did. We all owe a huge debt to President Obama, who fundamentally transformed health care in America and committed this country to health care for every human being.

And now the question is, how best can we improve on it? And I believe the best way we can do that is we make sure that everybody gets covered by health care at the lowest possible cost. How do we pay for it? We pay for it, those at the very top, the richest individuals and the biggest corporations, are going to pay more. And middle-class families are going to pay less. That’s how this is going to work.

So are taxes going up for the middle class under a Lieawatha plan?  It’s not hard to read the smoke signals on this one.  An honest answer would, of course, have been a simple “yes.”  Or if she actually believed that cost savings on health care would be greater than any tax increase, she could simply say that.  Clearly, Fauxcohauntus says neither.  Stephanopoulos, to his credit, pointed that out and gave her a second bite at the apple, but the only thing she made “clear” in her second opportunity to answer the question was that she was using unique mathematical equations to imply middle class savings:

Exhibit 2:  Still on the same issue.  Biden points out the reality of Warren’s plan yet again, and again Stephanopoulos asks her about the numbers.

STEPHANOPOULOS: Okay, now I want everybody to keep to the time, but you did invoke both senators. I have to get responses from them . . . and then we will broaden it out.  Senator Warren, you go first.

Instead of paying premiums into insurance companies and then having insurance companies build their profits by saying no to coverage, we’re going to do this by saying, everyone is covered by Medicare-for-all, every health care provider is covered. And the only question here in terms of difference is where to send the bill? . . .

Exhibit 3:  Paleface Who Speaks With Forked Tongue was clearly the worst of the bunch.  But Bernie the Red’s “clear” answers weren’t that far behind, as he demonstrates when given the chance to admit to those numbers Biden had just raised:

SANDERS: Let us be clear, Joe, in the United States of America, we are spending twice as much per capita on health care as the Canadians or any other major country on earth.

BIDEN: This is America.

SANDERS: Yes, but Americans don’t want to pay twice as much as other countries. And they guarantee health care to all people. Under my Medicare-for-all proposal, when you don’t pay out-of-pocket and you don’t pay premiums, maybe you’ve run into people who love their premiums, I haven’t.

What people want is cost-effective health care, Medicare-for-all will save the average American substantial sums of money on his or her health care bill.

RAMOS [addressing Bernie the Red]:  You haven’t been asked about Latin America in the previous debates, so let’s begin. Senator Sanders, one country where many immigrants are arriving from is Venezuela. A recent U.N. fact-finding mission found that thousands have been disappeared, tortured and killed by government forces in Venezuela.  You admit that Venezuela does not have free elections, but still you refuse to call Nicolas Maduro a dictator — a dictator. Can you explain why?  . . .

SANDERS: Well, first of all, let me be very clear. Anybody who does what Maduro does is a vicious tyrant. What we need now is international and regional cooperation for free elections in Venezuela so that the people of that country can make — can create their own future. . . .

Then it was the turn of the only true brown-noser on stage, Kamala Harris, to be clear:

DAVIS: Also a concern for people of color is criminal justice reform.  Senator Harris, you released your plan for that just this week. And it does contradict some of your prior positions. Among them, you used to oppose the legalization of marijuana; now you don’t. You used to oppose outside investigations of police shootings; now you don’t. You’ve said that you changed on these and other things because you were, quote, “swimming against the current, and thankfully the currents have changed.”  But when you had the power, why didn’t you try to effect change then?

Let me be very clear. I made a decision to become a prosecutor for two reasons. One, I’ve always wanted to protect people and keep them safe. And second, I was born knowing about how this criminal justice system in America has worked in a way that has been informed by racial bias. And I could tell you extensively about the experiences I and my family members have personally had. But I made a decision that, if I was going to have the ability to reform the system, I would try to do it from the inside. . . .

I won’t bother with the rest of her response.  Suffice it to say her record “from the inside” was one of prosecutorial zealotry and misconduct for which she deserved to be disbarred.

At any rate, this is far from the only progressive verbal jiujitsu you will see from our modern left.  The other you will inevitably see is a progressive claiming that someone is “weaponizing” something against them.  What that means is that a conservative has raised a completely valid issue and the proggie can only defend by saying the conservative is evil for even raising the issue, thus making of the proggie the morally superior victim.  It is clearly as intellectually a dishonest argument as you will ever hear raised.