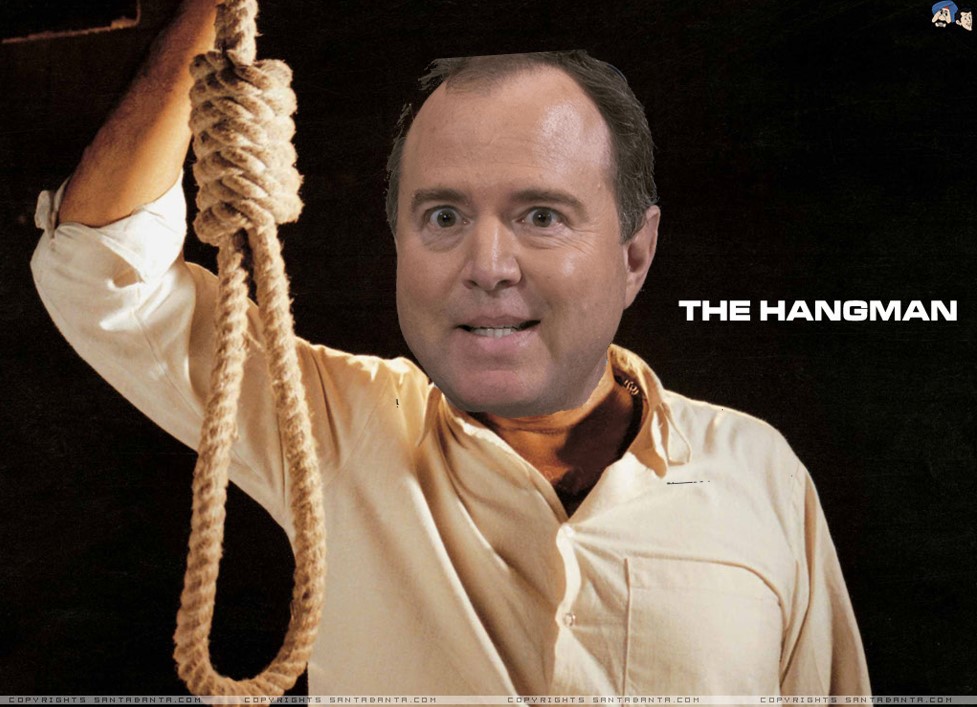 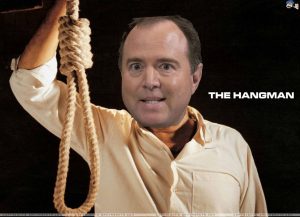 Nancy Pelosi stated again yesterday, after meeting with House Democrats, that she does  not intend to hold a vote of the House of Representatives to open a formal impeachment proceeding.  This from Hot Air:

So why hold the press conference at all? Talk about a letdown. Pelosi kept reporters tied up for hours past their deadline only to deliver a self-serving speech and tell them all that there was no news to report after all. According to some reports, Pelosi had thought that her caucus would authorize a vote and so she set up the presser, only to come up empty.

It’s true that there’s no requirement for a vote, but every precedent in House impeachments had an authorizing vote before opening an inquiry. The federal judges on whom Pelosi & Co rely to enforce subpoenas are openly questioning whether the House can claim to be pursuing an impeachment without an authorizing vote. Even the Los Angeles Times, which is busy cheerleading the impeachment, responded this morning by telling Pelosi to do it right . . .

Also, it’s worth pointing out that the House isn’t a prosecutorial organization, but a political representative body acting in place of the people. Their processes should be open, transparent, and with full access to all of the elected officials of that body, not just the majority party. Secret meetings and ex parte processes are anathema to representative democracy.

Last week, I made the analogy of these proceedings to the old Star Chamber of English history.  Mark Tapscott, writing at the Epoch Times, now does the same:

Speaker of the House Nancy Pelosi’s latest refusal to allow a formal vote on impeaching President Donald Trump has some legal experts worrying that a modern version of England’s infamous Star Chamber court is emerging here in America.

The Star Chamber court met secretly, afforded defendants no due process, delivered verdicts that couldn’t be appealed, and meted out often barbaric punishments. The chamber was especially feared in the 16th and 17th centuries, and its unrestrained cruelty was among the reasons the Puritans migrated to America.

Actually, it was also one of the causes of the English Civil War.  One of Paliament’s last acts before the start of the English Civil War in 1641 was to abolish the Star Chamber.  As to this modern Star Chamber, after noting that progressives locked Rep. Matt Gaetz out of a closed meeting of Schiff’s panel hearing testimony, Tapscott further states:

The closed-doors have civil rights-law experts such as Hans von Spakovsky of the Heritage Foundation’s Meese Center for Legal and Judicial Studies noting that Star Chamber oppression, especially during the reigns of Kings Henry VII and Charles I, prompted the founders to include strong due process guarantees in the Constitution.

“We established basic rules of due process in this country in order to avoid the way things had been done in England with secret, anonymous accusations, with witnesses you couldn’t confront and cross-examine,” von Spakovsky told The Epoch Times on Oct. 15. . . .

He told The Epoch Times on Oct. 16 that “comparisons of this secretive, unconstitutional impeachment process to the Star Chamber are appropriate because impeachment is an adjudicative process, not legislative, even though conducted by Congress.”

The Pelosi-Schiff process to date “violates constitutional rights by, at a minimum, prohibiting confrontation of witnesses and violating due process. It has become a dangerous mockery of the constitutional process,” Fitzgibbons said. . . .

There are many reasons, none of them legitimate, why progressives want to hide this proceeding from the public.  It allows progressives carte blanche to keep searching for any hook on which to hang an impeachment, even when their case — that Trump and Zelensky engaged in a quid pro quo of military aid for “dirt” on Joe Biden — has fallen apart.  It keeps the public from turning against progressives as would most certainly happen if the hearings were being held in public.  And it allows for progressives like Adam Schiff to cross the line of fairness and due process in brow beating witnesses for testimony, something that would look horrible on a video.  All of that recently came together when Schiff deposed Kurt Volker behind closed doors.  As Monica Showalter wrote at American Thinker:

Beyond this unprecedented secrecy, now Schiff’s going even further, trying to shove words into witnesses’ mouths, egging them on to agree to things they didn’t witness to fill his black book and then yelling at them when they refuse to say exactly the words he wants to hear.

Volker denied that was the case, noting that Ukrainian leaders did not even know the aid was being withheld and that they believed their relationship with the U.S. was moving along satisfactorily, without them having done anything Trump mentioned in his notorious July 25 phone conversation with Ukrainian President Volodymyr Zelensky.

When Volker repeatedly declined to agree to Schiff’s characterization of events, Schiff said, “Ambassador, you’re making this much more complicated than it has to be.”

The interview took place Oct. 3 in a secure room in the U.S. Capitol. While the session covered several topics, the issue of an alleged quid pro quo — U.S. military aid in exchange for a Ukrainian investigation of the Bidens and a public announcement that such an investigation was underway — was a significant part of the discussion.

Volker’s testimony was a stake in the heart of the impeachment narrative — which is why Schiff was on Face the Nation on Sunday stating that the House no longer needs to show a quid pro quo to impeach Trump.  The Volker testimony alone would have brought pressure to end this Star Chamber farce, but that pressure would have been doubled by the optics of Schiff’s questioning of Volker, brow-beating Volker for a specific statement and asking questions that went well beyond anything that would be allowed in a courtroom subject to due process.  For instance, there was this exchange:

“Part of the other context is vital military support is being withheld from the Ukraine during this period, right?” Schiff asked.

“That was not part of the context at the time,” Volker said. “At least to my knowledge, they [Ukrainian leaders] were not aware of that.”

Schiff asked whether Volker had discussed the withholding of aid with Ukrainian officials. Volker said he had not. The first time he talked with the Ukrainians about that was when a story appeared in the press, an article in Politico, “Trump holds up Ukraine military aid meant to confront Russia,” on Aug. 28-29, well after the July 25 Trump-Zelensky phone call. . . .

Schiff began to push the quid pro quo allegation. He asked Volker whether he would agree that “no president of the United States should ever ask a foreign leader to help intervene in a U.S. election.”

“I agree with that,” said Volker.

“And that would be particularly egregious if it was done in the context of withholding foreign assistance?” Schiff continued.

Volker balked. “We’re getting now into, you know, a conflation of these things that I didn’t think was actually there.”

Schiff wanted Volker to agree that “if it’s inappropriate for a president to seek foreign help in a U.S. election, it would be doubly so if a president was doing that at a time when the United States was withholding military support from the country.”

Again, Volker did not agree. “I can’t really speak to that,” he said. “My understanding of the security assistance issue is — ”

Schiff interrupted. “Why can’t you speak to that, ambassador? You’re a career diplomat. You can understand the enormous leverage that a president would have while withholding military support from an ally at war with Russia. You can understand just how significant that would be, correct?”

Volker tried to go along without actually agreeing. “I can understand that that would be significant,” he said.

Schiff persisted. “And when that suspension of aid became known to that country, to Ukraine, it would be all the more weighty to consider what the president had asked of them, wouldn’t it?”

“They became aware of it,” Schiff said.

“They became aware later, but I don’t believe they were aware at the time, so there was no leverage implied,” Volker said. . . .

One, kudos to Volker for his grace under pressure.  Two, if anyone was there representing Trump in that exchange, he would have shut down Schiff and ordered Volker not to answer questions that were mere argument asking for legal conclusions and that assumed facts not in evidence.  Three, that kind of brow beating of a witness would look — as it should — horrible on national TV.  This was not a search for facts, it was an inquisition in search of a sound bite on which to hang an impeachment.  There is a reason this travesty is being held behind locked doors in a Star Chamber proceeding.  This farce must end.