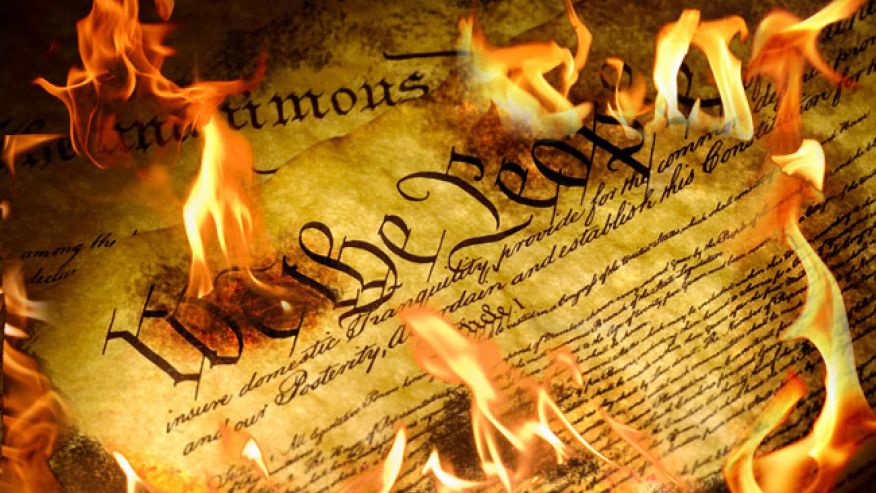 Nancy Pelosi crafts a joke resolution to “formalize” the Star Chamber impeachment inquiry.  Unfortunately, the joke is on America. Nancy Pelosi announced yesterday that she intended to bring a Resolution to the floor on Thursday.  As she described it:

“This resolution establishes the procedure for hearings that are open to the American people, authorizes the disclosure of deposition transcripts, outlines procedures to transfer evidence to the Judiciary Committee as it considers potential articles of impeachment, and sets forth due process rights for the President and his Counsel,” Pelosi wrote in her letter. “We are taking this step to eliminate any doubt as to whether the Trump Administration may withhold documents, prevent witness testimony, disregard duly authorized subpoenas or continue obstructing the House of Representatives.”

Wonderful.  So an end to the Star Chamber proceedings then.  Except . . . when you read what she has released today, it is a whole lot of nothing (copy here):

— It is not a formal Resolution to open an impeachment inquiry.  Indeed, Pelosi has been careful to clarify that it is not, only that she expects passage of the Resolution to be treated that way by the Courts.

— It purports to give subpoena authority to Republicans, but then says that they can only exercise that authority if requested in writing and that it is subject to the approval of Adam Schiff and his Democrats on the House Intelligence Committee.

— It purports to provide the Trump Administration with due process rights to be represented by Counsel, but only as to those hearings that may occur in the House Judiciary Committee.  The House Judiciary Committee is doing nothing more than collecting the information compiled by the other committees.  This is not due process.  It’s asking the condemned if he has any last words.

— It purports to provide for open hearings, but at the same time, does not direct only such hearings, thus giving unfettered discretion to the Committee Chairmen to conduct closed hearings.  In other words, it announces no change.  It merely sets the stage for at least one stage managed hearing with the witness of Schiff’s choice.

— It purports to allow for transcripts to be made public, but gives the Committee Chairmen unfettered discretion to keep those transcripts private.

This is a joke.  It is not a substantive change in any way either to the constitutionality of the “impeachment inquiry,” the manner in which this unconstitutional obscenity is being conducted, nor as to “due process” rights for the President.

Moreover, this today from Rep. Scalise and Rep Jordan.