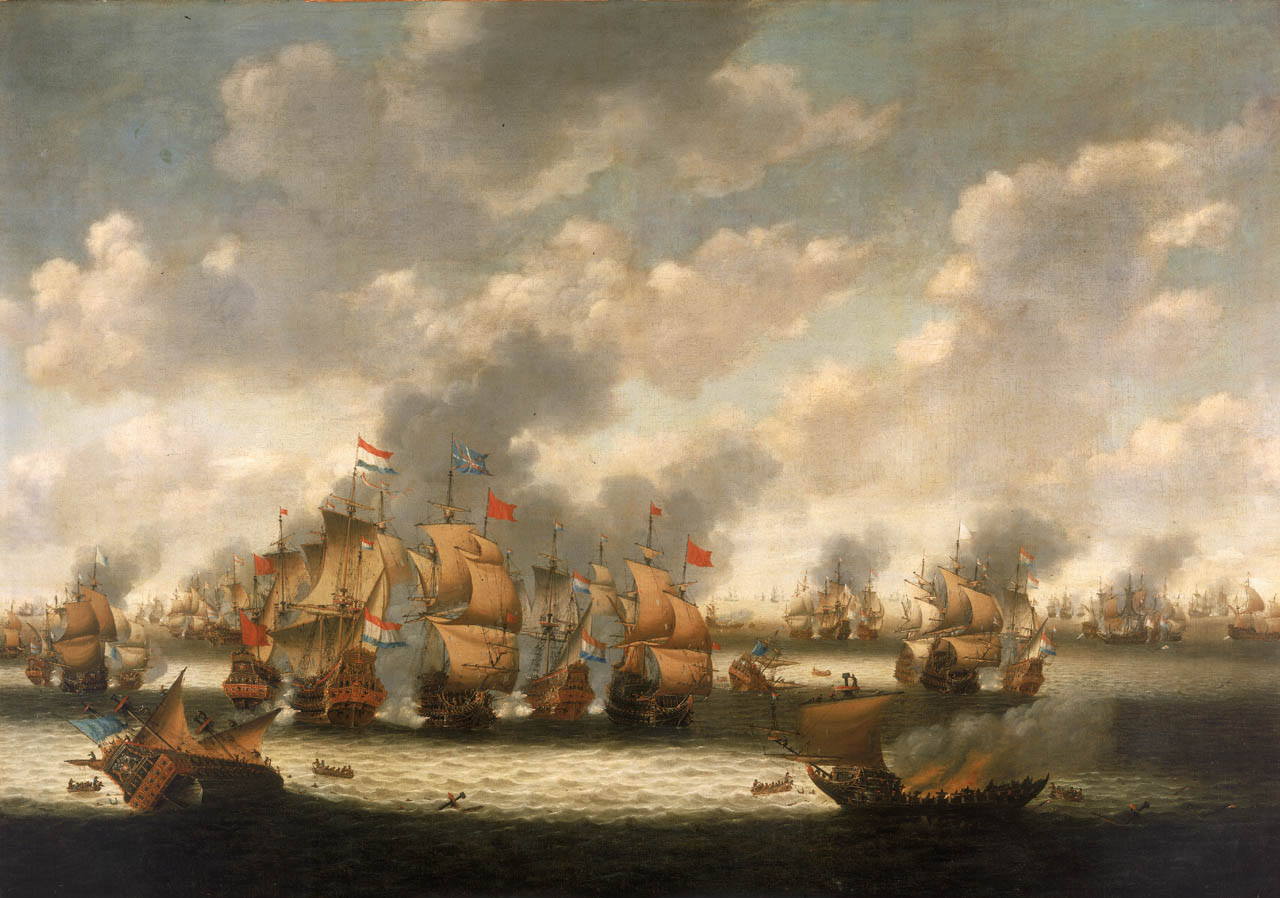 Today:  The Defeat of ISIS, The Dutch beat the English at Dungeness, 1st Notice of the Holocaust, Royals behaving badly, Christmas Music, . . . 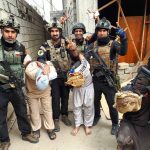 Victory Day, celebrated on this day in Iraq, is a holiday of very recent origin, it celebrates the defeat on this day in 2017, of the last of the brutal ISIS movement in Iraq. The war versus ISIS, also known at the Iraqi Civil War war began in 2014 with gains made by the ISIS movement and their declaration of a caliphate after capturing a significant part of Norther Iraq, including the towns of Ramadi, Fallujah, Mosul, Tikrit.

At its height, ISIS held 56,000 square kilometers of Iraqi territory, containing 4.5 million citizens. This resulted in the forced resignation of Iraqi Prime Minister Nouri al-Maliki, as well as a massive airstrike campaign by the United States and at least a dozen other countries, participation of American and Canadian troops (predominantly special forces) in ground combat operations, a $3.5 billion U.S.-led program to rearm the Iraqi Security Forces, a U.S.-led training program that provided training to nearly 200,000 Iraqi soldiers and police, the participation of Iranian troops including armored and air elements, and military and logistical aid provided to Iraq by Russia

Suffice it to say, none of that would have been necessary had not Obama and Biden squandered and lost the peace after America won the war in Iraq. 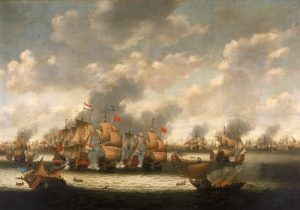 The transition of England’s Navy into the most professional force on the seas began with the English Navy’s loss on this date to the Dutch in the Battle of Dungeness during the First Anglo-Dutch War (1652-54). That war began as Britain imposed mercantilism on its empire. Britain’s mercantile policies, embodied in a long series of laws all known as the Navigation Acts, would be one of the causes of several wars, the first being the Fist Anglo-Dutch War, another coming over a century later, the American Revolution.

The greatest maritime trading nation of the first half of the 17th century was the Netherlands. They had by far the largest maritime fleet of any nation, they had captured Portugal’s former settlements in the East Indies and Brazil, and they were becoming the dominant traders in England’s colonial American ports. England in 1651 was just emerging from its bloody civil war (1642-51) and its new government was looking outward again. Notwithstanding the nuances of international politics at the time, the bottom line was, as English politician and soldier of the era, General Monck stated, “The Dutch have too much trade, and the English are resolved to take it from them.”

So England passed the first of what would be many mercantile laws, the Navigation Act of 1651, stating that all trade with English colonies anywhere in the world had to be carried on English ships manned by a majority of English sailors. This immediately cut English possessions off from Dutch commerce and gave England a monopoly on all trade with its colonies. Further, because France had supported the Royalists in the English Civil War — and as a means to attack on Dutch shipping — England began to issue letters of marque against French ships and against French goods in neutral ships. These letters carried the right to search neutral ships. It just so happened that most neutral ships on the high seas were Dutch. England’s Navy and its privateers went to work. Between October 1651 and July, 1652, privateers captured over 100 Dutch merchant ships, and in early 1652, the English Navy captured 27 Dutch merchant ships trading with the English colony of Barbados. By July, 1652, the English and Dutch were formally at war.

Initially, the war went well for England, but overconfidence led England to split up its naval forces to defend several areas, and their were significant systemic weaknesses in the English Navy. On this date in 1652, England paid the price at the Battle of Dungeness. A larger Dutch Naval fleet caught up with a smaller English fleet off the coast of Kent as it began to navigate one ship at a time through a tight passage bounded by shoals. What followed was naval warfare at its most brutal:

[English commander] Blake’s Triumph was the first larger ship to sail through the exit. At that moment Tromp’s Brederode arrived and the Dutch commander immediately hoisted the red “bloodflag” as a sign to attack. Blake, noticing this, tacked to cross the bow of the Brederode, giving his opponent a broadside. In response, Tromp also tacked and fired a salvo. The next English ship, the Garland, then moved between the Triumph and the Brederode in an attempt to cross the latter’s bow also. This failed however, the Garland ramming the bow of the Brederode at starboard with such force that both ships remained entangled. The snout and bowsprit of the Brederode broke off. The larger crew of the Brederode swiftly boarded the Garland. Tromp encouraged his men by promising a reward of five hundred guilders to the first who would strike the English flag. One sailor climbed into the main mast of the Garland and replaced the St George’s Cross with the Prince’s Flag. In despair, captain Richard Batten blew up his own upper deck to drive away the Dutch. Meanwhile, the third English ship to arrive, the Anthony Bonaventure, grappled the port of the Brederode. Covering the deck of the Dutch ship with canister shot, it soon forced its crew below deck. Noticing the plight of his commander, Vice-Admiral Johan Evertsen in turn boarded the port of the Anthony Bonaventure with his Hollandia, so that four ships were now attached. In ferocious fighting his men, losing sixty, killed the entire crew of the Anthony Bonaventure, including Captain Walter Hoxton. When Tromp’s secretary, standing next to him, was killed by a musket ball, he exhorted the combined crews of the Brederode and the Hollandia to assault the Garland, exclaiming “Children, things cannot go on this way. It’s them or us!”. The Garland was taken, with sixty killed out of a crew of hundred fifty, including Captain Batten. At this point the Garland was in a bad condition, her rudder largely having been shot away. . . .

You can read a description of the rest of the battle here or here. It was a major loss for the English. After the battle, the Dutch commander reputedly displayed a broom alongside his standard, to show that he had swept the seas clean of the English.

As a result of the loss, England began the first of what would be three quarters of a century of reforms that would transform the later British Navy into the finest naval force on the high seas. The first reforms were to the Navy’s pay structure and the adoption of new naval tactics and methods of command and control.

Hitler’s antisemitism was well known prior to his rise to power. What was not known by the world, at least with certainty prior to 1942, was that the Nazis had embarked on an explicit policy of Jewish genocide. Hitler never publicly announced his policy of genocide. But evidence of the reality began filtering into Britain intelligence through radio intercepts in 1939. By 1941, such intercepts were so ubiquitous that, “the MI-6 staff declared in a note: ‘The fact that the Police are killing all Jews that fall into their hands should by now be sufficiently well appreciated. It is not therefore proposed to continue reporting these butcheries specially [to the Prime Minister], unless so requested.’ This initial conclusion applied only to Nazi policy in the Soviet territories, not Nazi policy across the continent.”

Public notification from a government source did not come until a letter was published and delivered on this date from a Minister, Edward Raczyński, of Poland’s government in exile. The letter, known today as Raczyński’s Note, was the first official report of the holocaust. It was delivered to those 26 national governments who were signatories to the 1942 Declaration of United Nations. The note began:

The Polish Government — as the representatives of the legitimate authority on territories in which the Germans are carrying out the systematic extermination of Polish citizens and of citizens of Jewish origin of many other European countries — consider it their duty to address themselves to the Governments of the United Nations, in the confident belief that they will share their opinion as to the necessity not only of condemning the crimes committed by the Germans and punishing the criminals, but also of finding means offering the hope that Germany might be effectively restrained from continuing to apply her methods of mass extermination. . . . 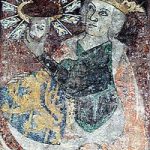 1317 – Royals Behaving Badly, Exhibit 1: The Royals of Sweden were playing a game of thrones. Seven years earlier, the two brothers of King Birger had invited him to a sporting match, then jailed him and staged a coup. They were foiled when the Kings of Denmark and Norway threatened to intervene. The King was released and restored. Seven years later, it was King Birger’s turn to invite his brothers to a Royal banquet. They ate well, but it was the last they ever ate. On this day in 1317, the King tossed them in the dungeon of Nyköping Castle and, quite literally, threw away the key. The two slowly starved to death.

1541 – Royals Behaving Badly, Exhibit 2: Young Catherine Howard, 5th wife to the increasingly corpulent, ill, lustful, egotistical, harsh, and insecure Henry VIII, liked to play about with other men. Her very poor judgment ended up with two of those men, Thomas Culpeper and Francis Dereham, executed on this day. She was soon to follow them. Henry VIII was still up for one more wife, though.

1768 – The first edition of the Encyclopædia Britannica is published. All the accumulated knowledge of man . . . in three volumes.

1799 – France adopts the “metre” as its official unit of length. Thomas Jefferson asked that an official measure be sent to the U.S. for adoption in this country, but the ship carrying the meter rod to the U.S. sank. Thus we still use the English units of measure.

1376 – Edmund Mortimer, an English Lord who rebelled against King Henry IV in an alliance with Henry ‘Hotspur’ Percy and the Welsh rebel leader Owain Glyndŵr. In the game of thrones, Mortimer chose poorly, dying in battle on this day.

1830 – Emily Dickinson, a 19th century eccentric spinster who wrote over 1,800 poems in her lifetime, only twelve of which were published. The other 1,788 plus were only discovered and published by Dickinson’s family after her death.

1914 – Dorothy Lamour, an actress and singer most famous for appearing the “Road” movies opposite Bob Hope and Bing Crosby. 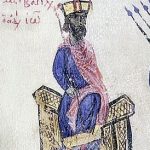 1041 – Michael IV the Paphlagonian, who started life as a peasant, got into an affair with the Queen of Byzantium, killed the Emperor, married the Queen and himself became Emperor.

1896 – Alfred Nobel, Swedish chemist and engineer, invented Dynamite and founded the Nobel Prize died this date in 1896. And this time, the French papers got the obituary correct.

Feliz Navidad is a popular song composed in 1970 by Jose Feliciano.

Gabriel’s Message is a 13th century carol from the Basque region of Spain. It quotes the biblical account of the Annunciation (Luke, Chapter 1, verses 26-38) and Mary’s Magnificat (Luke 1.46-55)

And for some extended listening, Dolly Parton