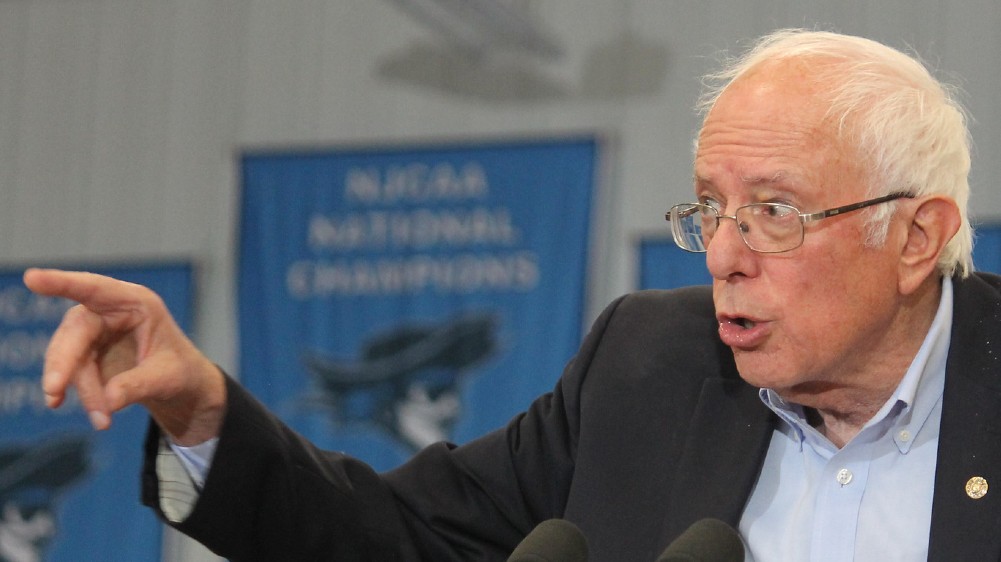 With Bernie Sanders once again a serious contender, it’s time to revisit my posts from 2016, which take a serious look at his dangerous proposed policies.

Back in 2016, I found very disturbing the fact that my children’s friends were wildly enthused about Bernie Sanders. I certainly understood their innate revulsion against Hillary, despite the fact that they’d been indoctrinated at home and in school to see her as America’s first woman president and Obama’s inevitable successor. Despite unending propaganda, they couldn’t avoid finding off-putting her tin-eared hectoring and her unseemly wealth — unseemly, at least, for a generation whose president had told them “I do think at a certain point you’ve made enough money.”

(Fortunately for the Obamas themselves, Barack did not put a dollar amount on what constitutes “enough money.” We now know that $70 million — his estimated net worth before Trump’s stock market went up and up — is not “enough money” . . . that is, at least not enough for him.)

I also appreciated those youngsters’ equally innate sense that the incestuous relationship between corporations and government, something that reached new heights during the Obama era, was a threat to American liberty. I call that corporate-government relationship by an old fashioned name: fascism — a form of socialism that allows private ownership provided that it’s ultimately under government control.

These kids, though, didn’t recognize that the problem was government power, not corporate power. They therefore thought that socialism was the cure, not the problem. I still remember the stunned look two very bright young people gave me when I, a known conservative, agreed that corporations had too much power over Americans, but added that transferring total power to the government, which always has the power of the police at its back, probably wasn’t the answer to “freeing” Americans. (And mind you, I suggested this to them before we learned how the Obama administration had weaponized the police state against his political opponents.)

What I realized after that conversation is that, while young people seek truth, they’re abysmally ignorant about history and their logical abilities are dead, no doubt a combination of both their youth and government education/indoctrination. I also realized that part of what was driving them into Bernie’s camp was some very clever propaganda that took advantage of their youthful credulity and ignorance.

One of the worst types of propaganda, in my estimation, was exemplified by a user-friendly, attractive site called I Like Bernie, But….. This site, which still exists, purports to address people’s concerns about Bernie’s lifelong commitment to hardcore socialism but, instead, merely reiterates socialist propaganda, making him appear like a beneficent corporate crime fighter, not a wannabe tyrant.

Disturbed by their ignorance and the falsehoods on which they relied, I wanted to send my children’s friends some countervailing information. I first thought of sending them emails, but immediately realized (1) that it was inappropriate for me to bombard my children’s friends with emails and (2) that they likely wouldn’t read something from the aged mother of one of their friends in any event. I then thought about putting up posts here at Bookworm Room, but realized that this blog’s defiantly conservative tone would mean that these young people would refuse to read or believe anything coming from a site with an open bias.

That’s how I came up with the idea of creating a very narrowly focused blog that would challenge the “facts” in the I Like Bernie blog — and so I created I Don’t Like Bernie, Because….. I wrote four posts for the blog . . . and then abandoned the effort when Hillary’s machinations made it clear that Bernie’s candidacy was dead in the water.

Now, though, it looks as if Bernie’s candidacy, showing impressive zombie properties, is coming alive once more. I find that unnerving, to say the least.

I’ve therefore decided to republish here over the next few days the posts I did at that blog (subject to necessary updating both here and at the I Don’t Like Bernie, Because site). If you’d like to share the posts as they go up, feel free to do so by linking to this blog — Bookworm Worm. However, if you feel the blog’s other content will give people an excuse to ignore my challenges to Bernie’s politics, you may want to use the I Don’t Like Bernie blog as your springboard. Everything about the posts will be the same between the two sites, but the backdrop against which the posts are presented is different and that may matter to some people.