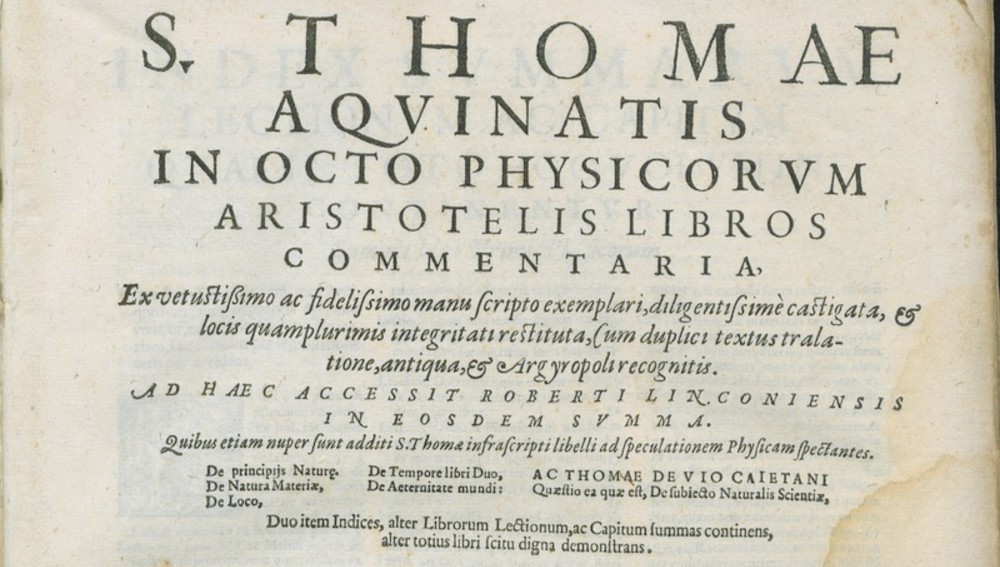 Holidays and Observances on January 28

Feast of St. Thomas Aquinas – the most influential Catholic theologian and philosopher of the past millennium. In his works, St. Thomas Aquinas addressed profound questions of life and faith, from the nature of man, the goal of human life, to the practicalities of life, including economics, politics and the theory of just war.

He was born in 1225 A.D., the son of Sicilian nobility, and given the finest education available. Against the wishes of his family he joined the Dominican Order and then attended the University of Paris, studying under the famous Doctor of the Church, Albertus Magnus. St. Aquinas then himself became a professor, eventually rising to the office of Regent Master of Theology at the University.

In 1259 he returned to Naples to educate Dominican friars and perform the duties of his priesthood. In 1265 he was called by Pope to come to the Vatican as a papal theologian, and while living in Rome, was tasked by his Dominican Order to educate friars in training at the Roman convent of Santa Sabina. There he taught the ”full range of philosophical subjects, both moral and natural.” And it was there that he began his most famous work, Summa Theologica:

“Because a doctor of Catholic truth ought not only to teach the proficient, but to him pertains also to instruct beginners. As the Apostle says in 1 Corinthians 3:1–2, as to infants in Christ, I gave you milk to drink, not meat, our proposed intention in this work is to convey those things that pertain to the Christian religion in a way that is fitting to the instruction of beginners.”

St. Aquinas would continue to compose on that work through the end of his life. In 1269, he returned to the Univ. of Paris and became embroiled in arguments over the acceptability of teaching Aristotle, with St. Aquinas arguing that it did not present a threat to Christianity. In 1272, St. Aquinas left the Univ. again at the invitation of the Dominicans, to establish his own school in Naples, but his health failed him and, on March 7, 1274, he died. Because the date of his passing falls within the time of Lent, his feast day was moved to Jan. 28.

His best-known works are the Disputed Questions on Truth (1256–1259), the Summa contra Gentiles (1259–1265), and the unfinished but massively influential Summa Theologica . . . (1265–1274). His commentaries on Scripture and on Aristotle also form an important part of his body of work. . . . The Catholic Church honors Thomas Aquinas as a saint and regards him as the model teacher for those studying for the priesthood, and indeed the highest expression of both natural reason and speculative theology. In modern times, under papal directives, the study of his works was long used as a core of the required program of study for those seeking ordination as priests or deacons, as well as for those in religious formation and for other students of the sacred disciplines (philosophy, Catholic theology, church history, liturgy, and canon law)

The picture appended to this entry was painted in 1471 by Benozzo Gozzoli, Triumph of St Thomas Aquinas. It shows St. Aquinas in between Plato and Aristotle. It is currently on display at the Louvre in Paris.

Martin Luther shook the Church and shook nations when he took the lead in the Protestant Reformation. The Diet of Worms was a response by the Holy Roman Emperor Charles V. The Emperor called for an “imperial diet” – that being the convocation of a formal deliberative assembly of the whole Empire – to meet in the city of Worms to examine Martin Luther.

Luther had been ordained a priest in 1507. He came to reject several fundamental teachings of the Church, as well as several practices – and in particular, the practice of selling indulgences. He famously made his objections known in the Ninety-five Theses he nailed to the door of the Chapel of Wittenberg Castle in 1517. Reprinted and published across Europe, Luther’s objections found fertile soil throughout Christendom, starting a schism in the Church that soon grew into the Protestant Reformation.

The initial response had come from Pope Leo X who dispatched several people to engage Luther in public debate. When Luther refused to recant or admit to error, the Pope excommunicated him from the Catholic Church in 1520. In 1521, Charles V convened the Diet of Worms to likewise examine and challenge Luther.

The Diet first met on this day in 1521. They summoned Luther to appear, but did not appear before the assembly until April 17 under a guarantee of safe passage. Challenged on his teachings, Luther refused to recant anything:

Unless I am convinced by the testimony of the Scriptures or by clear reason (for I do not trust either in the pope or in councils alone, since it is well known that they have often erred and contradicted themselves), I am bound by the Scriptures I have quoted and my conscience is captive to the Word of God. I cannot and will not recant anything, since it is neither safe nor right to go against conscience. May God help me. Amen.

Luther was released and he returned to Wittenberg. The diet issued the Edict of Worms on 25 May 1521:

. . . [W]e forbid anyone from this time forward to dare, either by words or by deeds, to receive, defend, sustain, or favour the said Martin Luther. On the contrary, we want him to be apprehended and punished as a notorious heretic, as he deserves, to be brought personally before us, or to be securely guarded until those who have captured him inform us, whereupon we will order the appropriate manner of proceeding against the said Luther. Those who will help in his capture will be rewarded generously for their good work.

The Protestant Reformation was now in full swing. It would serve as the basis, sometimes real, sometimes ostensible, for the bloody Wars of Religion that would engulf Europe in the 16th through the 18th century.

1871 – Franco-Prussian War: The Siege of Paris ends and Germany is born.

Germany as a unified nation is a recent phenomena. For the better part of a millennium, it was a coalition of independent states. In the 18th century, the Holy Roman Empire consisted of approximately 1,800 territories. During the Napoleonic Wars, France, Russia, Prussia and the Habsburgs (Austria) all competed for hegemony in the Germanic states. Prussia won this competition in the mid-19th century and began gathering together the German states into a confederation. France stood opposed.

On 19 July 1870, France declared war on the North German Confederation. This drove the south German States into the war on the side of the Prussians. The German Army was better trained, better armed, and led by better generals. It did not go well for the French. They lost nearly every engagement, the country’s leader, Napoleon III, was captured, and by September, 1870, the Germans had Paris under siege. On 25 January, 1871, France surrendered and, on this day, the French and Germans signed a treaty at Versailles.

The German princes proclaimed the founding of the German Empire in 1871 at Versailles, uniting all the scattered parts of Germany except Austria and the German-speaking parts of Switzerland. Prussia was the dominant constituent state of the new empire; the Hohenzollern King of Prussia ruled as its concurrent Emperor, and Berlin became its capital.

1069 – William the Conquerer invaded England in 1066 and, after defeating the King, Harold Godwinson at the Battle of Hastings, proclaimed himself King of England. He appointed Robert de Comines as Earl of Northumbria. Comines went north to put down a revolt and was, on this day, defeated and killed by the rebels in Durham. As a result, King William led a punitive expedition in what became known as the Harrying of the North, laying waste to the land.

1077 – The “investiture conflict” was a predominant issue in Medieval Europe. Who had the right to appoint the upper level clerics in each nation, the papacy or the King? The issue became acute in 1076 when Pope Gregory VII excommunicated Henry IV, the Holy Roman Emperor, over it. Henry IV, seeing his support crumble, opted to humble himself before the Pope in an event known as the “walk to Canossa.”

1547 – Edward VI, the nine-year-old son of Henry VIII and Jane Seymour, become King of England this day on his father’s death. His reign, during which the English Reformation was significantly advanced, would last six years until he died of disease, sending England into a short succession crisis.

1933 – The name Pakistan is coined by Choudhry Rahmat Ali Khan and is accepted by Indian Muslims who then thereby adopted it further for the Pakistan Movement seeking independence, something they achieved when Britain partitioned India in 1947.

1986 – Space Shuttle Challenger disintegrates after liftoff, killing all seven astronauts on board.

1457 – Henry VII, king of England, who had emerged the victor in the Wars of the Roses, died peacefully this day after a reign of 24 years and during which he had stabilized the nation and drastically improved England’s economy. 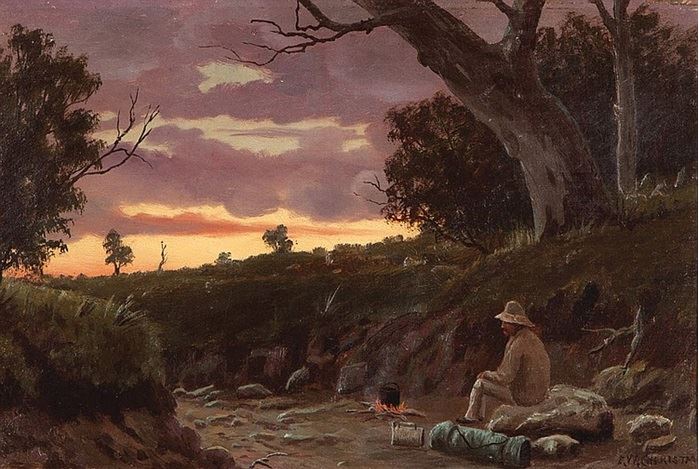 1912 – Jackson Pollock, one of the most famous of the modern artists. His work has privately sold for as much as $200 million. I think that about 8 figures overpriced, . . . eye of the beholder, etc. For example, below is a 1953 painting, The Deep:

814 – Charlemagne, the first and most consequential of the Holy Roman emperors. He is credited as being the “Father of Europe.”

1547 – Henry VIII, one of the most consequential Kings of England. His decision to lead a Reformation in England in order to have a chance for a male heir has left an indelible mark on history.