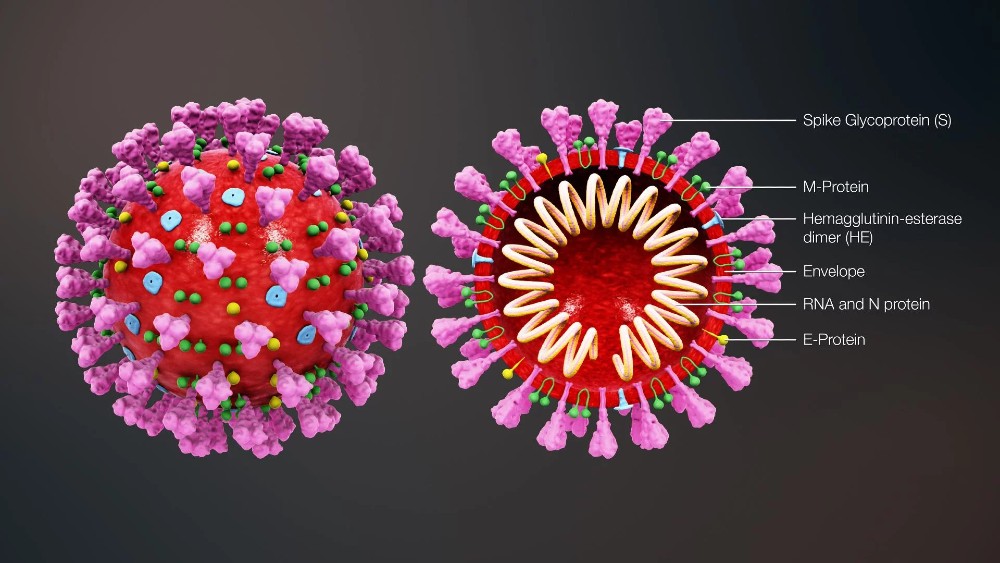 According to Reuters, President Trump announced at his press briefing on Sunday that he has decided to extend the Great Hunkering through the end of April and that he will be unveiling a nationwide plan for the Wuhan Flu on Tuesday, March 31:

“The peak, the highest point of death rate, is likely to hit in two weeks,” Trump told a coronavirus briefing in the White House Rose Garden, flanked by top advisers and business leaders, “Nothing would be worse than declaring victory before the victory is won.”

He told Americans: “The better you do, the faster this whole nightmare will end.”

Earlier on Sunday, Dr. Anthony Fauci, director of the National Institute of Allergy and Infectious Diseases, told CNN that the pandemic could ultimately kill between 100,000 and 200,000 people in the United States if mitigation was not successful.

Fauci softened his dire predictions at the Rose Garden briefing, saying they were based on models that were run to show the worst-case scenario if Americans did not follow stay-at-home directives.

“We feel the mitigation we are doing right now is having an effect,” Fauci said. “The decision to extend this mitigation process until the end of April is a wise and prudent decision.”

So let’s take a look at the models.  Even the current ones are problematic.  This from Science Magazine,  (H/T PJM)

COVID-19 isn’t the first infectious disease scientists have modeled—Ebola and Zika are recent examples—but never has so much depended on their work. Entire cities and countries have been locked down based on hastily done forecasts that often haven’t been peer reviewed. . . .

Policymakers have relied too heavily on COVID-19 models, says Devi Sridhar, a global health expert at the University of Edinburgh. “I’m not really sure whether the theoretical models will play out in real life.” And it’s dangerous for politicians to trust models that claim to show how a littlestudied virus can be kept in check, says Harvard University epidemiologist William Hanage. “It’s like, you’ve decided you’ve got to ride a tiger,” he says, “except you don’t know where the tiger is, how big it is, or how many tigers there actually are.”

There’s also a lot that models don’t capture. They cannot anticipate, say, an effective antiviral that reduces the need for hospital beds. Nor do most models factor in the anguish of social distancing, or whether the public obeys orders to stay home. . . .

Long lockdowns to slow a disease have catastrophic economic impacts and may devastate public health themselves. “It’s a three-way tussle,” Leung says, “between protecting health, protecting the economy, and protecting people’s well-being and emotional health.”

The economic fallout isn’t something epidemic models address, says Ira Longini, a modeler at the University of Florida—but that may have to change. “We should probably hook up with some economic modelers and try to factor that in,” he says.

It’s not surprising that the modeling for the Wuhan Flu has been all over the map.  Any model is only as good as the accuracy of the assumptions and numbers plugged into the model.  Two months ago, precious little was known about the Wuhan Flu and doomsday speculation — pushed by an MSM determined to drive Trump from office — ran wild.  Neil Ferguson’s ludicrous estimate of 2.2 million deaths (since revised just a tad) in the U.S. was taken as gospel.  You may have already seen or heard about Dr. Deborah Birx, the WH Coronavirus Response Coordinator, discussing the problems with the models and the fact that the actual numbers being gathered do not support the prior models nor the media’s current panic.  This from the March 26 briefing beginning at 48 minutes.

(It is notable that for her factual statements, Dr. Birx has been attacked in the pages of the NYT (Birx has squandered her credibility) and on the airwaves at CNN (“Dr. Birx has drunk the Koolaid“.))

Moreover, there are real problems with determining the rate of death associated with the Wuhan Flu due to lack of standardization.  This from a recent article in the Spectator by Dr. John Lee (H/T Powerline):

We often see a ratio expressed: deaths, as a proportion of cases. The figure is taken as a sign of how lethal COVID-19 is, but the ratios vary wildly. In the US, 1.8 percent (2,191 deaths in 124,686 confirmed cases), Italy 10.8 percent, Spain 8.2 percent, Germany 0.8 percent, France 6.1 percent, UK 6.0 percent. A 15-fold difference in death rate for the same disease seems odd among such similar countries: all developed, all with good healthcare systems. All tackling the same disease.

The author stresses that we cannot accurately gauge lethality of the disease until we have a reasonable understanding of how many people in toto have contracted the disease.  Moreover, there is the problem with how deaths are attributed to the Wuhan Flu.

Many UK health spokespersons have been careful to repeatedly say that the numbers quoted in the UK indicate death with the virus, not death due to the virus — this matters. When giving evidence in parliament a few days ago, Prof. Neil Ferguson of Imperial College London said that he now expects fewer than 20,000 COVID-19 deaths in the UK but, importantly, two-thirds of these people would have died anyway. In other words, he suggests that the crude figure for ‘COVID deaths’ is three times higher than the number who have actually been killed by COVID-19. (Even the two-thirds figure is an estimate — it would not surprise me if the real proportion is higher.)

This nuance is crucial ­— not just in understanding the disease, but for understanding the burden it might place on the health service in coming days. Unfortunately nuance tends to be lost in the numbers quoted from the database being used to track COVID-19 . . .

The distinction between dying ‘with’ COVID-19 and dying ‘due to’ COVID-19 is not just splitting hairs. Consider some examples: an 87-year-old woman with dementia in a nursing home; a 79-year-old man with metastatic bladder cancer; a 29-year-old man with leukemia treated with chemotherapy; a 46-year-old woman with motor neurone disease for two years. All develop chest infections and die. All test positive for COVID-19. Yet all were vulnerable to death by chest infection from any infective cause (including the flu). COVID-19 might have been the final straw, but it has not caused their deaths.

It should be noted that there is no international standard method for attributing or recording causes of death. Also, normally, most respiratory deaths never have a specific infective cause recorded, whereas at the moment we can expect all positive COVID-19 results associated with a death to be recorded. Again, this is not splitting hairs. Imagine a population where more and more of us have already had COVID-19, and where every ill and dying patient is tested for the virus. The deaths apparently due to COVID-19, the COVID trajectory, will approach the overall death rate. It would appear that all deaths were caused by COVID-19 — would this be true? No. The severity of the epidemic would be indicated by how many extra deaths (above normal) there were overall. . . .

Notably, if in fact 2/3rd’s of all deaths occurred with, but not because of, the Wuhan Flu, that would put the Wuhan Flu’s lethality in the U.S. at  .5%, far less then was feared as little as two weeks ago.

And there is yet another wild card.  The models do not assume an effective treatment.  This today from Politico:

The Food and Drug Administration on Sunday issued an emergency use authorization for hydroxychloroquine and chloroquine, decades-old malaria drugs championed by President Donald Trump for coronavirus treatment despite scant evidence.

Scant evidence?  It almost seems that the MSM is rooting against a cure.  Indeed, most of the article is given over to downplaying the treatment and discussing how using hydroxychloroquine to address a PANDEMIC is making it hard for people who use the drug longterm for the treatment of lupus and rheumatoid arthritis to refill their prescriptions.  Worthless bastards.  Further,   Politico does not mention either the ongoing trial in NYC, the results of which we should learn shortly, nor an important study published just three days ago (h/t Powerline):

Today, Prof. Didier Raoult and his team published results of their new study online. The study, which was supported by the Institut Hospitalo-Universitaire (IHU) Méditerranée Infection, succeeds the previous one which dealt with around twenty patients. Unlike the previous small study trial, the new observation study has a larger sample size of 80 COVID-19 patients. The objective of the study was to find an effective treatment to cure COVID-19 patients and to decrease the virus carriage duration.

In 80 in-patients receiving a combination of hydroxychloroquine and azithromycin, the team found a clinical improvement in all but one 86 year-old patient who died, and one 74-year old patient still in intensive care unit. The team also found that, by administering hydroxychloroquine combined with azithromycin, they were able to observe an improvement in all cases, except in one patient who arrived with an advanced form, who was over the age of 86, and in whom the evolution was irreversible, according to a new paper published today in IHU Méditerranée Infection.

“For all other patients in the cohort of 80 people, the combination of hydroxychloroquine and azithromycin resulted in a clinical improvement that appeared significant when compared to the natural evolution in patients with a definite outcome, as described in the literature. In a cohort of 191 Chinese inpatients, of whom 95% received antibiotics and 21% received an association of lopinavir and ritonavir, the median duration of fever was 12 days and that of cough 19 days in survivors, with a 28% case-fatality rate (18),” the research team said.

The team went on to say: “Thus, in addition to its direct therapeutic role, this association can play a role in controlling the disease epidemic by limiting the duration of virus shedding, which can last for several weeks in the absence of specific treatment. In our Institute, which contains 75 individual rooms for treating highly contagious patients, we currently have a turnover rate of 1/3 which allows us to receive a large number of these contagious patients with early discharge. Chloroquine and hydroxychloroquine are extremely well-known drugs which have already been prescribed to billions of people.”

“In conclusion, we confirm the efficacy of hydroxychloroquine associated with azithromycin in the treatment of COVID-19 and its potential effectiveness in the early impairment of contagiousness. Given the urgent therapeutic need to manage this disease with effective and safe drugs and given the negligible cost of both hydroxychloroquine and azithromycin, we believe that other teams should urgently evaluate this therapeutic strategy both to avoid the spread of the disease and to treat patients before severe irreversible respiratory complications take hold,” the team concluded.

The bottom line is that President Trump is making decisions for our nation based on the best information and models available.  It may well be that those models prove significantly off, particularly if our physicians find that hydroxychloroquine and azithromycin are an effective treatment.  That would be good news for America, bad news for our Fifth Column MSM.