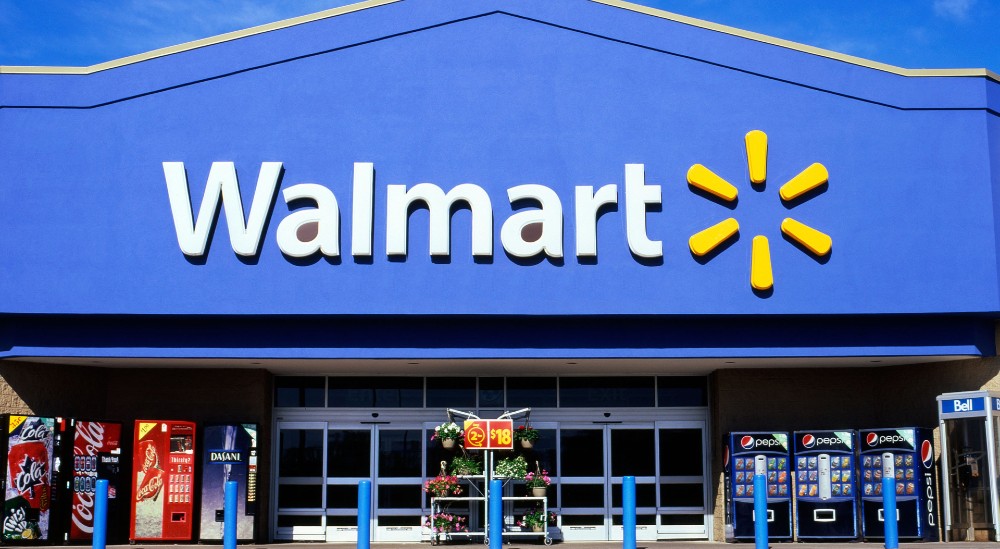 If you’re shopping at Walmart because you believe it’s one of the last big chains with mainstream American values, you might want to rethink that idea.

Walmart, which started in Arkansas, made its reputation as the chain that catered to regular Americans, the kind who eat meat, not vegan; the kind who hunt, rather than attend drumming circles; and the kind who live in communities across America that can’t afford Blue City prices.

Of course, the rot at the heart of the Walmart story has always been that it’s beholden to China. The way it kept prices down was circumventing American manufacturers and buying cheap from China. It ripped good jobs out from under Americans and then offset that by selling them cheap Chinese productes.

Also, since Sam Walton’s death, the Chairman of the Board might not share Walton’s down-home values. Greg Penner is attended Georgetown University and Stanford, two institutions marinated in leftism. That leftism is out and proud now, but it was there in full force, only more tactful, in the early 1990s when he attended those institutions.

Penner and his wife Carrie Walton (Sam’s daughter), met at Georgetown, and currently live, not in the South, but the San Francisco Bay Area – in Atherton, to be precise. Despite being one of the wealthiest towns in America, Atherton is deeply committed to the Democrat Party and no wonder — the San Francisco Bay Area is to its north, and Stanford and Silicon Valley are to its south. According to Open Secrets, in 2016, Carrie’s and Greg’s money went to the Democrat Party.

Carrie and Greg come by their politics honestly. Carrie’s father, Sam Robson Walton, is a huge Democrat donor and bundler, as is her aunt Alice:

Since 2016, perhaps burned by Hillary’s loss, the Democrat-leaning Waltons have hung onto their money. (Brother Jim and his wife Lynne are Republican donors, but they give smaller amounts.)

There have been hints that Walmart’s leadership isn’t on board with conservative values. In the 15 years between 2002 and 2017, Walmart went from a 14% score from the hard-left Human Rights Campaign, which pushes gay and transgender issues, to a 100% score. According to Wikipedia, Walmart is all in on sexual orientation and gender, as well as dividing employees by race, all of which apparently is just as important as being all-in on cheap, but very useful, products and good customer service:

In 2003, Walmart added sexual orientation to their anti-discrimination policy.[373] In 2005, Walmart’s definition of family began including same-sex partners.[374][375][376] In 2006, Walmart announced that “diversity efforts include new groups of minority, female and gay employees that meet at Walmart headquarters in Bentonville to advise the company on marketing and internal promotion. There are seven business resource groups: women, African Americans, Hispanics, Asians, Native Americans, gays and lesbians, and a disabled group.”[377] From 2006 to 2008, Walmart was a member of the National Gay & Lesbian Chamber of Commerce.[378] In 2011, Walmart added gender identity to their anti-discrimination policy.[379] Walmart’s anti-discrimination policies allow associates to use restroom facilities that corresponds with their gender identity and gender expression.[380] In 2013, Walmart began offering health insurance benefits to domestic partners.[378] In 2015, Doug McMillon, CEO of Walmart, issued a statement opposing House Bill 1228 and asked Governor Asa Hutchinson to veto the bill.[381] In 2016, Walmart added full healthcare benefits to its transgender employees.[382] (Emphasis mine.)

(I think the last-mentioned means we Walmart shoppers are paying so that mentally ill people can have their bodies chemically and surgically mutilated.)

In 2018, Walmart stopped selling guns and ammunition to people under 21, as well as (again, according to Wikipedia) stopping selling “military-style rifles.” Then, in 2019, after a shooting at its Walmart store in El Paso, Walmart stopped selling all handgun ammunition as well as some short-barreled rifle ammunition. And while Walmart does not officially ban open carry weapons in states that allow it, it “respectfully requests” that customers don’t openly carry. Apparently the El Paso experience taught it nothing.

Given the way in which Walmart’s management is leaning in on gun control and social justice issues, should we be surprised that the stores are refusing to carry Dennis Prager’s and Adam Carolla’s No Safe Spaces, a movie that examines leftist repression on college campuses?

The DVD for No Safe Spaces, last year’s top political documentary based on its $1.3 million haul at the box office, won’t be sold at Walmart stores, and the film’s stars, comedian Adam Carolla and talk-show host Dennis Prager, are accusing the giant retailer of bias.

No Safe Spaces, which features conservatives like Ben Shapiro and Jordan Peterson alongside liberals like Van Jones and Alan Dershowitz, is mostly about free speech on college campuses but also delves into alleged censorship at YouTube and the leading social media firms.

While Walmart typically carries political films by Michael Moore and other liberal film makers in their stores when they are first released on DVD (and sells them at Walmart.com in some cases for several years), the chain acknowledges it has passed on No Safe Spaces, which is generally considered a conservative film.

Carolla tells Newsweek that it is ironic that a movie “about the importance of allowing Americans to share ideas freely” was deemed unfit for sale at Walmart. “You can’t make this stuff up,” said Carolla. “It’s a free country and Walmart is free to ban our movie, but our fans are also free to let Walmart know how they feel about that.”

Walmart claims that its decision is purely market-based, because the movie’s grosses were too low, unlike Unplanned, a movie about anti-abortion activist Abby Johnson, which had a high box office, and which Walmart did sell.

Since I am a Walmart shopper (although I’m having second thoughts based upon what I learned in this post), I don’t believe the box office line. Yes, Walmart knew it would make money with Unplanned, but the reality is that they sell all sorts of drek DVDs, many of which appear to have gone straight to DVD with no box office at all.

I’ve seen and reviewed No Safe Spaces and I highly recommend it.