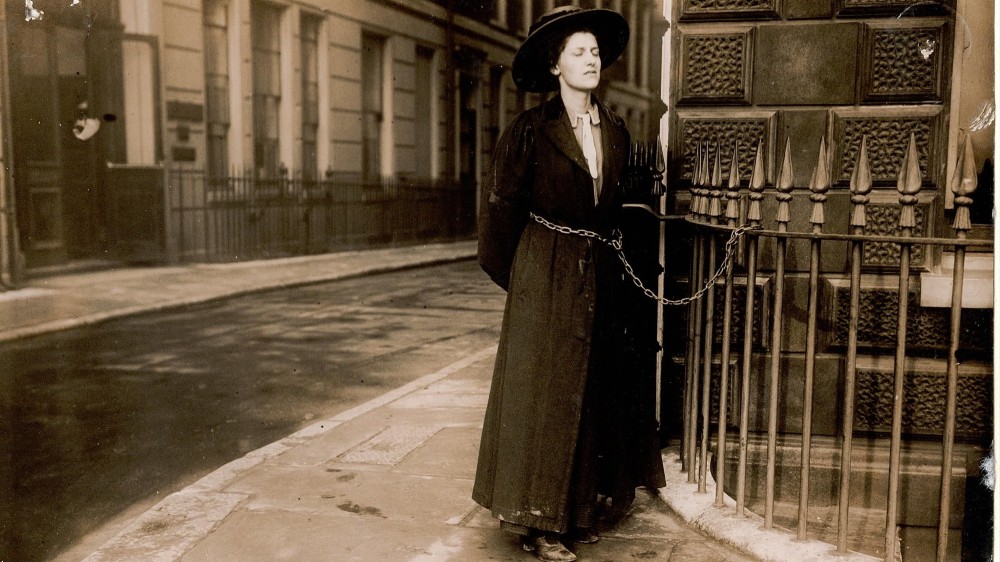 The 19th Amendment was a good idea in its time, but leftist women have become so perverted by the power it gave them, that we should seriously rethink it.

People are beginning to notice that the new leaders on the left are female. As a woman myself, some might think that I would find this a gratifying sign of progress in America. I don’t. I find it a worrisome thing because these women are driven by pure emotionalism, which has been channeled over the last few decades, especially at colleges, into a sense of perpetual victimhood and a deep hatred for America and her constitutionally-based institutions.

My theory is that the 19th Amendment, which gave women the right to vote, was a mistake. It wasn’t a mistake when women were given weren’t so angry but for the last few years, thanks to academia, and its evil spawn in K-12 education, the media, and Hollywood, women have marinated in anger. For those who embraced that toxic marinade and emerged as Democrats, Progressives, Democrat-Socialists, or whatever name they give their leftism, it’s destroyed them.

These modern leftist women are not the people who got the vote 100 years ago. They have become a different creature altogether, and not the kind that should be trusted anywhere near power.

I’ve been aware for some time that there’s something wrong with women on the left. The evidence is all around us. Let me just throw some names and some videos at you with examples of women who are paranoid, hate-filled, and often demented (not that I’m judging):

The woman with the mace can:

I recognize a lot of the so-called “moms” as the same antifa women who dressed in black as recent as a couple days ago. They just put on a yellow shirt now for optics. Most of these people aren’t mothers & many don’t even identify as female. #PortlandRiots pic.twitter.com/UPffcao0fv

[UPDATE: Finally tracked down another example of a crazy protester:

Police ordered her to back up. “Or f—king what?” she asked. And then found out. 😆 pic.twitter.com/bGbB9NPxmL

There are a lot of young women like her out there — and please notice her screams of outrage.]

The young women described in an article about uber-leftist Macalester University in St. Paul, Minnesota:

The claim that women and POCs (people of color) are unwelcome at Macalester is, of course, absurd. The college’s student body is 60 percent women, and in 2019-20, four of the student government executive board’s five members were “women of color.” “Diversity, equity and inclusion” permeate every aspect of college life. But where zealotry rules, facts are of no importance.

Not surprisingly, during the 2019-20 school year, the most powerful student at Macalester was student body president Blair Cha, a “woman of color.” In her campaign, Cha traded on her alleged underdog status, telling the Mac Weekly she was driven to run by her “passion”
to “empower students” by “speaking up about her experiences” as someone with a “marginalized” identity. She trounced her white male opponent with 60 percent of the vote.

After her victory, Cha made a play to upgrade her victim status. At a faculty meeting in March 2020, she stood up—surrounded by sign-waving female students—and accused one of her professors of discrimination on the basis of “gender, race, ethnicity and national origin in the classroom.” During the nine-month Title IX investigation that had followed her original accusation in Spring 2019, she said, “I struggled every day with extreme anxiety to the point where I could not stand the pain.”

The professor, who had already been officially exonerated, responded that Cha had breached a confidentiality agreement by discussing the matter publicly. He characterized her conduct as “totally beyond the pale.”

Cha’s inability to highlight real injustice during her run for office reveals how slim the pickings really are at Macalester. In an interview with the Mac Weekly, here’s the best she could do: “On the whole campus, it still feels uncomfortable to talk about intersectional topics such as menstruation, being queer, being a POC, etc., at Macalester.” As a result, she said, she had become a leader in initiatives like “Better Sex at Mac” (Title IX, “sexual violence”) and “the Menstrual Hygiene Project” (free menstrual supplies as a human right).

Incidentally, “menstrual health”— or “menstrual equity”—is now one of the hottest social justice issues on American campuses. Its appeal may arise from its combination of two intersecting “woke” causes: feminism and Green activism.

At Macalester, student Miriam Eide, a “Zero Waste Project Coordinator” in the college’s Sustainability Office, was a leader in the menstrual equity project. “I know we have free tampons, but why don’t we have free menstrual cups, too?” Eide said in a Mac Weekly interview in November 2019. She decided to use menstrual cups from OrganiCup, a “sustainability-focused company,” noting “they had a lot less waste in their packaging.” She dubbed the project “SustainaCup.

“OrganiCups are reusable, vegan and cruelty-free, and they are made completely out of hypoallergenic, medical-grade silicone,” according to the Mac Weekly. (You can’t make this up.) “Health and inclusivity are also very important parts of the program,” the paper noted, adding that according to Eide, “a lot of people struggle with the chemicals in tampons.”

By the way, the word “woman” does not appear in the Mac Weekly article about SustainaCup. These menstrual products, it seems, are not for women, but for “people that have periods.” Presumably, it’s important not to exclude “trans women.”

Sadly, the examples above are just a select few of the seemingly infinite number of instances in which women, mostly young, but some old enough to know better, have embraced a purely emotional, logic-free world. In this world, they are perpetual victims, they make cause with others they deem victims, and their power lies in lies. (Not a typo; I meant that wordplay.)

Churchill figured out the problem over 100 years ago. I say this based upon my reading Churchill: Walking with Destiny

, by Andrew Roberts. I recommend it. It’s a highly readable look at the most brilliant and amazing man of the modern era.

As I read the book, I was struck by something Churchill wrote when he was a young man in India, in the 1890s. At the time, he was studying everything he could get his hands on to grow in wisdom and prepare himself for a career in politics. He was also jotting down the ideas that would shape him in the decades ahead.

Although surprisingly modern in many ways, Churchill shared the values of the late-Victorian era in which he lived. One of those was that he believed women should not vote. (He later changed his mind about this and was supportive of women in politics.)

The fascinating thing about Churchill’s view was that he did not object for the usual reasons. That is, he wasn’t saying that women were not constitutionally or intellectually suited for the vote. He didn’t talk about women’s sphere being in the home. He didn’t say it would make them less feminine.

Instead, Churchill had a very pragmatic concern about the women’s vote. As Robert’s writes, quoting Churchill, “‘If you give women votes you must ultimately allow women to sit as members of Parliament,’ after which inevitably ‘all power passes to their hands.'”

That’s what we’re seeing now. Democrat power is passing to women’s hands, and it’s an ugly business. They shield themselves defensively behind their femininity, as AOC did when Rep. Yoho allegedly spoke to her as he would to a man (and I believe him when he says he didn’t), but they fight offensively like rabid honey badgers. They use their femininity to pervert everything they touch, even while claiming to disdain being treated differently because they’re women.

Looking at the Democrat party, one can’t help feeling that the young Churchill was right and that the 19th Amendment was a mistake. I’m trying to come up with some sort of weird female corollary to Lord Acton’s expression that “power corrupts and absolute power corrupts absolutely.” Something along the line of “If you give a woman a vote, just wait a hundred years and watch that power cause the brains of her descendants on the left to dissolve into appalling, hysterical, ignorant, hate-filled, manipulative, mean-spirited anti-American mush.” Something like that….

(This is one of those ideas that’s haunting me and that I’m developing and refining as I go. Expect to see more of it in later posts.)