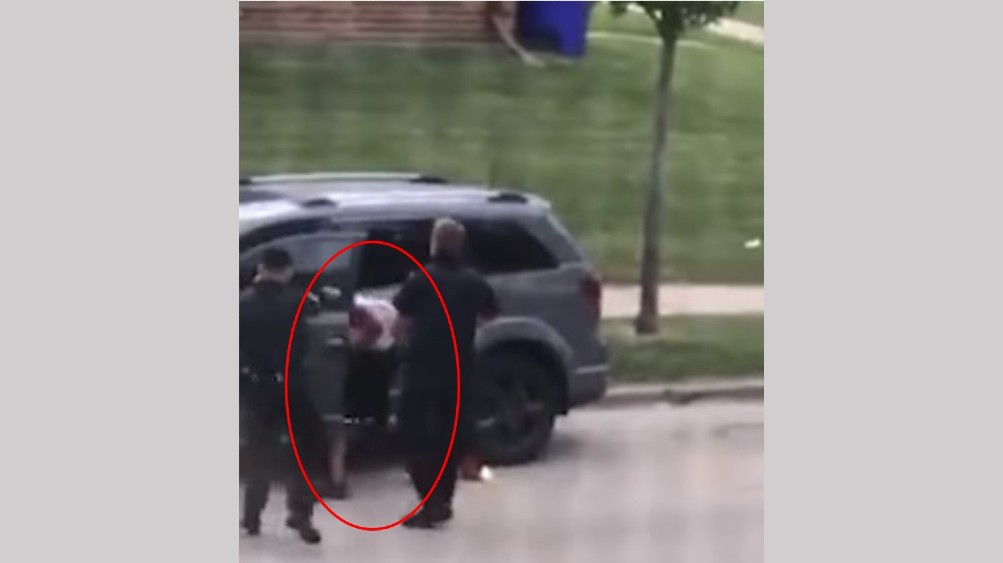 It’s a myth that the police who shot Jacob Blake in Kenosha acted righteously only if he was armed. They had a reasonable fear he was deadly.

Democrats, anarchists, Black Lives Matter folks, and other Marxists are certain that the police who shot Jacob Blake were racists. That’s their justification for destroying Kenosha, Wisconsin, which I’ve been told is essentially a suburb of Chicago, Illinois. These leftists are evil, as evil as any other rampaging socialists, be it Hitler, Stalin, Mussolini, Kim Jong Un, or the French mob in the late 18th century.

People on the right, though, aren’t doing much better. Tucker Carlson, whom everyone should listen to every day, nevertheless made a major error on his Tuesday night show. He insisted that the only important point before taking offense at Blake’s death is knowing whether Blake was armed:

So the question is, did Blake have a gun in the car? That is the central question.

I’m sorry but Tucker is wrong. The issue isn’t whether Blake was armed. The issue was whether the police, in the second before they opened fire, had a reasonable belief that he could and would shoot them. On the facts, their belief was completely reasonable. Blake was wanted on a warrant, he had a history of sexual assault, he had a history of threatening people with weapons, he’d just violently resisted arrested (whether with a knife or not does not matter), he’d apparently proven resistant to the taser, he was ignoring orders to stop, and he was reaching into the car.

When I saved the photo at the top of this post, I entitled it “Jacob Blake asks to be shot.” That’s because, against all orders, and with police pointing a gun at him, he not only opened the car door, he bent over. People do that when they’re about to pick up something . . . like a loaded gun. Blake was either on drugs, insane, stupid, or begging for suicide by cop.

Based on everything that came before Blake reaching into the car, it was eminently reasonable for the police to believe that he was reaching for a weapon with which to kill them. Again, let me show you the videos revealing that police have about 2 seconds to determine whether someone who is resisting arrest, refusing orders, and acting irrationally is about to kill them:

When you don’t shoot a killer resisting arrest and reaching in his car… pic.twitter.com/E8Do6BYimp

Sadly, John Hinderaker wandered into a similar error when he assumed that Blake just wanted to run away:

Not surprisingly, the facts of the incident are still unclear. But we know there were arrest warrants out for Jacob Blake, and evidently police officers were trying to arrest him. Blake resisted, wrestling with two of the officers–I think we can tell that from the poor quality video embedded above–and, freeing himself, attempted to get into the vehicle (his, I take it) to leave the scene. When the officers failed to intercept or restrain Blake, they shot him.

That looks harsh on the video, but I’m not sure what police officers are supposed to do if they try to arrest a suspect pursuant to warrants for, among other things, sexual assault, and the suspect resists arrest, wrestling with the officers, and then disregards the officers’ instructions and manifests an intent to drive away from the scene. Should the officers say, “OK, never mind”? That apparently is the position of Black Lives Matters and many liberals, including the Democratic Governor of Wisconsin. (Emphasis mine.)

A man with a violent history, who is wanted on warrants, who has already fought with police, cannot be assumed to head for a car just to drive peacefully away. The only reasonable assumption police can make is that this man is heading for a weapon with which to shoot police, his family, or innocent bystanders.

It’s bad enough when the left gets things wrong. It’s downright dangerous when conservatives get things wrong too. Here’s the rule of thumb, whether you’re law enforcement or anyone else: If the person has violent history, including threatening people with weapons; is resisting clear directions; violently resists arrest; and is about to put his hands where you can’t see them, you are not unreasonable if you think he’s about to shoot either you or anybody else, and you decide to shoot first. The question is whether, in the seconds leading up to the shooting, your conclusion is the same that a reasonable person in the same situation could make.

And no, I’m not a criminal defense attorney, but this is a tried and true doctrine of American common law. People don’t have to wait to die. They can act if they’re reasonably sure they’re about to die.