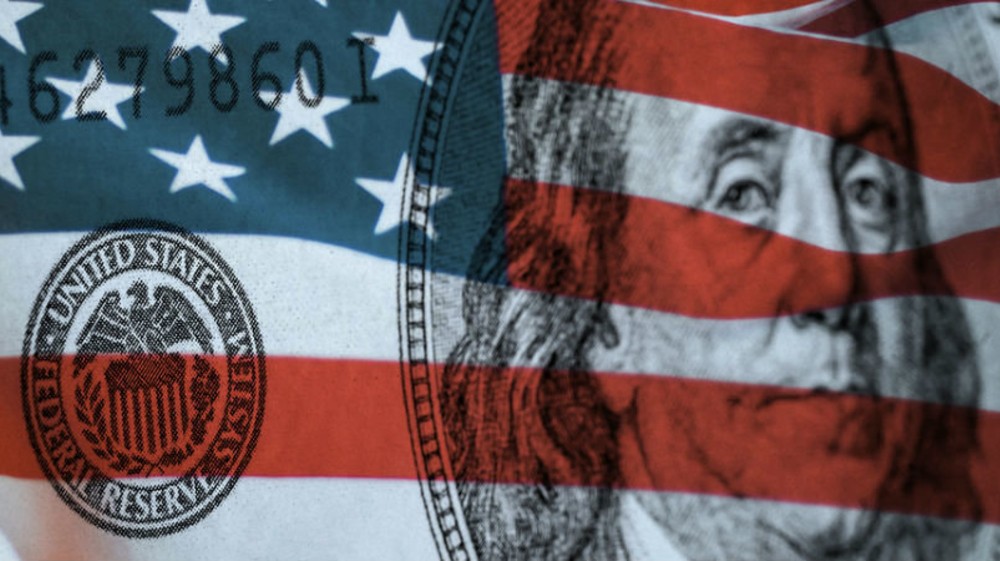 Among the links, the economy and foreign policy are good, Biden corruption is bad, and Dems fomenting riots is ugly.

Don’t tell anyone — the MSM certainly won’t — but the V-shaped economic recovery continues apace.  This from Hot Air

Thus far, warnings of collapse in the jobs market due to the end of government supports have failed to come true. In August, the US economy added 1.4 million jobs and the unemployment rate dropped from 10.2% to 8.4%. The numbers of unemployed people in the short- and mid-term dropped substantially, while furloughs decreased massively. . . .

And this from Fox:

We increasingly appear to be experiencing a “V”-shaped recovery (or at least a very strong checkmark), with four straight months of the most robust job creation ever recorded —10.6 million new jobs in just one-third of a calendar year and nearly half of the jobs lost in the shutdown.

As the Bureau of Labor Statistics reported Friday, in August alone, the economy created 1.4 million jobs, the fourth-best month since the government began reporting the data in 1939 and 2.5 times better than any one month under the Obama-Biden administration.

Trump brokers a landmark deal between prior enemies, Serbia and Kosovo that includes a third-party deal with Israel:

President Donald Trump on Friday oversaw the signing of a landmark, U.S.-brokered deal between Serbia and Kosovo, with the two countries agreeing to normalize economic relations after decades of conflict, which special envoy Richard Grenell said was made possible thanks to Trump’s “outsider perspective.”

Trump looked on as Serbian President Aleksandar Vucic and Kosovo’s Prime Minister Avdullah Hoti put their signatures on the Belgrade-Pristina agreement in the Oval Office, with Trump hailing the deal as “historic” and saying he looked forward to visiting the two countries soon.

“What President Trump said to me was, ‘They’re fighting politically about everything. Why don’t we give it a try to do something different and creative, why not try to do economics first and let the politics follow the economics,” Grenell said, adding that both sides proved eager to adopt this approach.

As part of the deal, Serbia agreed to move its Israeli embassy to Jerusalem, while Israel and Kosovo, which has a large Muslim majority, agreed to mutual recognition. . . .

A line of cars stretching ten miles formed to attend the Trump hangar stop rally at Latrobe airport in Pa.

Protesters have gathered in front of Nancy Pelosi’s San Francisco home and are stringing up curlers and blow dryers on a tree after a video surfaced of Pelosi getting her hair done indoors/maskless at a SF salon @sfchronicle pic.twitter.com/v6KVORByaP

None of these demonstrators in front of Nancy Pelosi’s home are salon owners or workers. They’ve all described themselves “angry salon customers” who want to get their hair and nails done @sfchronicle pic.twitter.com/fVMVM2Aajl

The tree of blow dryers and curlers has been decorated with an American flag and dubbed the Freedom Tree by protestors in front of Nancy Pelosi’s home @sfchronicle pic.twitter.com/0dY9SU4JeV

Preview of a new documentary:

Hunter Biden’s business dealings in China served the “strategic interests” of the country’s communist government and military — and may have imperiled American national security, claims a new documentary exclusively previewed by The Post.

“Riding the Dragon: The Bidens’ Chinese Secrets” highlights several deals that Hunter Biden was involved in as a board member of the Beijing-based BHR Partners investment firm.

The “real history” of the “radical left’s enforcement arm.”

With riots and civil unrest metastasizing across the United States, the president declared he intends to designate Antifa as a terrorist group. Predictably, the talking heads rushed out to declare that Antifa doesn’t really exist, and even if it did the president couldn’t possibly target it using that legal designation. They argue Antifa is an amorphous blob of discontents, not a functioning organization, and certainly not one which could be designated and targeted for concentrated counterterrorism enforcement.

As usual, the Twitterati don’t know what they are talking about. Reality is both simpler and more complex.

To begin at the beginning: Antifa—real name: Antifaschisitsche Aktion—was born during the street-fights of the 1932 Weimar Republic. It was founded by the Stalinist Communist Party of Germany (KPD), although various Communist “anti-fascist defense” units were associated with the KPD much earlier. . . .

First impressions are often wrong in police use of force cases.

. . .  Whatever one’s judgment on policing, a central problem in poor black communities is the large share of 10-year olds that exhibit significant academic or behavioral deficits. No amount of police reforms can change this situation. Indeed, widespread claims that white supremacy drives racist policing can only undermine educational efforts. Why should black youngsters work hard to overcome educational deficits if told that they won’t succeed in a white supremacist society?

Moreover, in each of the last three years, there have been 20 or fewer unarmed black men killed by police. By contrast, over the same three-year period, 2,095 children eleven years old or younger have been injured or killed by gunfire. In Chicago alone, 32 children under the age of 17 have been shot and killed this year. As a result, black Americans who live in poor neighborhoods — the students who attend James’ school — have much more to fear from random gun violence than a deadly encounter with police. Indeed, this is why 81 percent of black respondents to a recent Gallup poll indicated that they want the same or greater police presence in their neighborhoods.

But more relevant, is how the public reacts when subsequent information becomes known that brings into question the initial visceral reactions. First, in the Brooks and Blake cases, seemingly benign events escalated because both individuals had outstanding arrest warrants: Brooks for serious parole violations and Blake for felony sexual assault charges. In both cases, the individuals fought with police when attempts were made to arrest them, and they had weapons in their hands when deadly force was used. A strong case could be made that the police responses were excessive — both individuals were shot in the back — so that officers should face some criminal charges. However, it should be clear that these were not incidents that should bring fear to law-abiding black Americans. . . .

An interesting analysis by a left-wing writer of the claim of self-defense by Kyle Rittenhouse.  The reality is that, based on the facts as know them, Rittenhouse never should have been charged.  This is nothing more than a progressive prosecutor — just like the one in St. Louis, ignoring the law so as to make of anyone who dares defend themself with a weapon an abject lesson for everyone else.

In Oregon, the local DA has completely refused to prosecute rioters.  The feds are now getting around him.  They are deputizing local and state police, then filing charges against the rioters under federal law.  That is a great workaround, but the DOJ needs to look at additionally filing charges against the Portland DA for failing to protect the civil rights of the citizens of his city, 42 U.S.C.§  1985.

Crime, not cops, is by far the largest threat to black lives:

It’s a truth urban prosecutors like me know well but that the activist fire and fury of our moment threatens to swallow: Incidents of black men ­being killed at the hands of ­police are exceedingly rare. Killing-by-police isn’t even close to a major cause of death of black men. Such incidents are rare in Gotham, rare nationwide.

When they do happen, there is almost always a back story: the victim resisting arrest, attempting to grab the officer’s pistol or ­Taser. Watching the heartbreaking footage, I keep thinking, “Stop fighting the cops!”

There is a real threat to the lives of New Yorkers of color, but it isn’t the men and women in blue — but criminality in­ ­minority communities.

Teaching progressive history — from Biden on the campaign trail:

“People fear that which is different. We’ve got to, for example, why in God’s name don’t we teach history in history classes? A Black man invented the light bulb, not a White guy named Edison,” Biden said. “There’s so much — did anybody know before what recently happened that Black Wall Street in Oklahoma was burned to the ground. Anybody know these things? Because we don’t teach them. We’ve got to give people facts.”

The MSM as DNC Operatives

— The MSM finally gets a chance to question Biden . . . and they they go beyond softball, setting Biden up with t-balls.  As Byron York writes, “Many of the questions for Joe Biden after his remarks today consisted of reporters asking Biden to elaborate on how bad Trump is.”

— The NYT does an “insane whitewash” of the Portland Antifa murderer, portraying him as a “de-escalation expert.”

Are Democrats Liable For Inciting Violence In The Streets

The most important video of 2020
pic.twitter.com/3nMNlxl5Q8