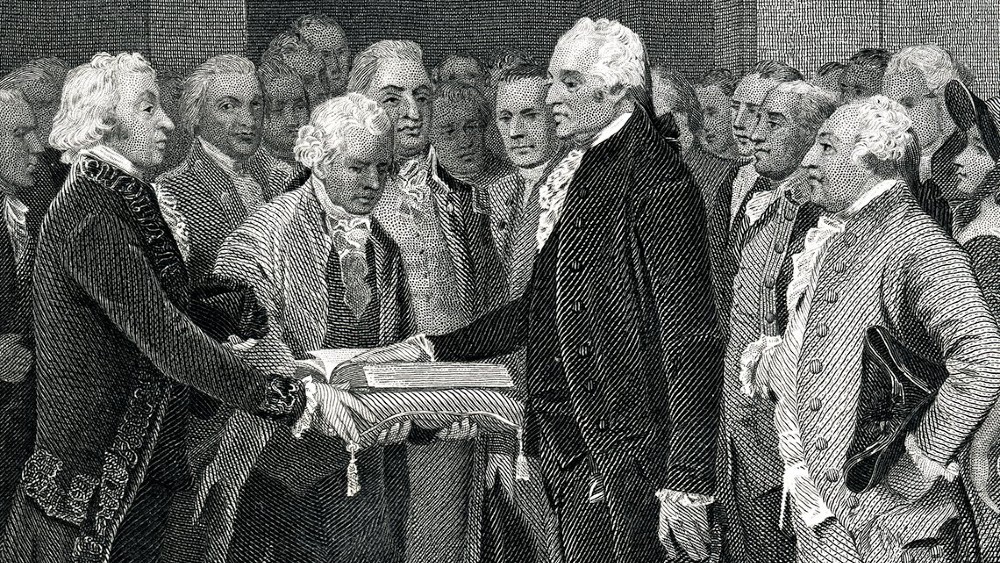 I always enjoy it when people think out of the box. The same guest blogger who was brain storming ways to make elections more fair has come up with a suggestion about making the president’s office less of a “thing.” I find the idea intriguing and wanted to share it with you.

After World War II the United States changed the law to limit POTUS to two four-year terms.  Since then rumors have circulated once or twice to reverse this law, however it has not happened.

Since the election of Bill Clinton the world sees POTUS very differently than in the years before his election.  Society attacks POTUS for anything they can in order to swade viewpoints for a variety of reasons.  Clinton was viciously attacked for his sexual prowess and mis-adventures with women and even to this day society still holds a grudge against him. [Bookworm: This is my only point of real disagreement with my guest author. I wouldn’t use the word “prowess” to describe Clinton. I would opt for “sexual obsessions.”]

The level of insults and attacks reached a new high when Donald Trump was elected in 2016.  And since then it has only gotten worse with zero level of respect for the laws of society.

It used to be that politics peaked once every four years for a presidential election.  Now it’s politics 24/7/365, non-stop.  It has become so bad that no one can tell the truth from fiction anymore.

Let’s look at the election of a president in a different way.  POTUS is elected for a four year term.  Half of the first year he/she is learning the job, balancing their cabinet, setting up relationships with Congress, solving daily problems and trying to implement their policies.  For the next 2.5 years POTUS works.  Now comes year four and during preparation and campaigning for a re-election very little of real work gets done.  And due to no rules in politics POTUS uses the influence and power of his office to travel, spend and campaign at the public’s expense.  If POTUS is re-elected he/she gets to stay for another four years.  Years 5, 6 and 7 can be very productive.  Then comes the 8th and final year and POTUS is considered a lame duck.  So in 8 years POTUS has a good 5.5 years of productive work time.

Along with the change for a 6-year term we should implement new rules for Politics.  Under no circumstances can POTUS campaign during their elected term, for any purpose.  That means the bully-pulpit is lost.  That means Air Force 1 is grounded for campaigning.  AND, POTUS cannot endorse any person for president.  In other words, we elect a POTUS and all he is allowed to do is WORK.  Under these arrangements POTUS has six months to learn the job and 5.5 years to do the job.

The new scenario now has many new advantages for politics and society.  If people hate POTUS there is no effective reason to campaign against him continuously because POTUS cannot run for re-election while serving as POTUS.  If people hate POTUS and want to protest then that can never be stopped.  But with this new 6-year term scenario much of that hatred, violence and rioting have very little purpose and should slow down or just stop.  Unless it is for other reasons, which would then need other solutions.

If Congress and society elect to change the term for POTUS they should reconsider the age requirements.  For example, raise the age to become eligible from 35 to 40.  Put a limit on maximum age, such as no one over the age of 70 can run for POTUS election.  75 might be a better limit or some physical requirement might be effective, but the purpose is to make sure we have a candidate that can serve six years as a healthy POTUS.

This opinion is only a broad stroke over the subject of POTUS term limits.  If Congress and society choose to make such changes then all the details and refinements would be addressed to make the process fair and balanced so that there is no specific advantage of any political party.