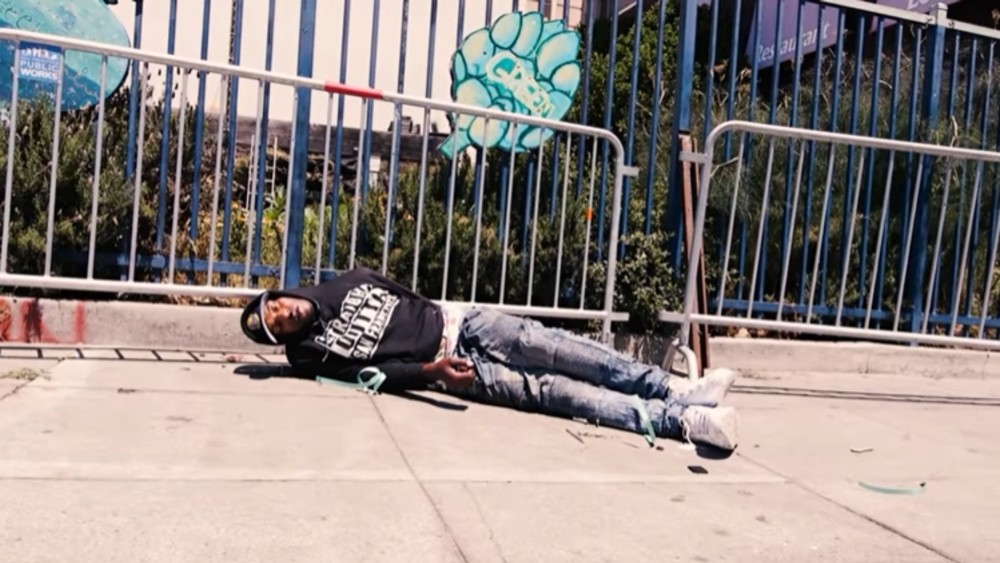 When it comes to the homeless crisis, I can’t tell if the idea I have is a practical solution to a bad problem or something genuinely evil.

The homeless problem has been on my radar over the past few days, for three reasons.

First, I watched Christopher Rufo’s impressive video about the fact that the West Coast’s leftist cities are doing the absolute wrong thing to deal with the homeless crisis. Instead of addressing the substance abuse and mental illness that drives homelessness, they’re burning through taxpayer money to build incredibly expensive housing units for a handful of homeless people. Here’s the video. It’s only 12 minutes, so I urge you to watch the whole thing:

For me, the most amazing part of the video came at the 7 minute mark:

According to a wide range of studies, Housing First programs do nothing to reduce psychiatric symptoms, reduce drug consumption, or even prevent overdose deaths. In fact, in a recent study in Ottawa, Canada, Housing First participants were five times more likely to die than a control group that was simply left on the streets.

Hold on to that thought.

The second homeless item that intruded on my mental state, was the much-discussed article from the San Francisco Chronicle about the number of overdose deaths versus Covid deaths in the City:

A record 621 people died of drug overdoses in San Francisco so far this year, a staggering number that far outpaces the 173 deaths from COVID-19 the city has seen thus far.

That was the article’s main point. What caught my eye was the next paragraph:

The crisis fueled by the powerful painkiller fentanyl could have been far worse if it wasn’t for the nearly 3,000 times Narcan was used from January to the beginning of November to save someone from the brink of death, the San Francisco Chronicle reported Saturday. (Emphasis mine.)

That information about Narcan seemed to explain why housing for the homeless kills. I strongly suspect that, when the drug addicted homeless are hidden behind four walls, as opposed to being on the streets, no one sees them in time to administer Narcan.

Third, my son, a leftist, told me that we shouldn’t oppose illegal immigration because America is largely responsible for the disastrous lawlessness in Latin America, especially Mexico, that drives people to escape to America. According to him, the lawlessness comes about because Americans buy the illegal drugs that fund the drug cartels. The cartels are so fearsome and powerful, that no one in the government can stand up to them, leading to the chronic failure of Latin American countries. Their socialist policies don’t count.

So, with those facts lined up, let’s go back now to Rufo’s video, at 06:27, where he states that “according to city and federal data, virtually all of the unsheltered homeless are unemployed, while at the same time those with serious addictions spend an average of $1,200 to $1,800 a month on meth, heroin, fentanyl, and other drugs.” The drug addicted homeless fund those purchases, he says, through theft, fraud, and prostitution. I would add, because I have a little knowledge about this, they also redirect SSI and other welfare monies to their drug habits.

It occurred to me — and this is where I say that I had a horrible thought — that Narcan is largely responsible for the plight we find ourselves in. In the old days, people with serious drug habits died from overdoses. You couldn’t get to a critical mass of homeless drug addicts. They Darwined themselves out.

Thanks to Narcan, though, while a serious narcotic habit leads people to horrific lives of degradation and suffering, that I wouldn’t wish on anyone, Narcan means these people keep going like energizer bunnies. For example, in San Francisco, the whole equation would have been different if 3,000 people hadn’t been saved from imminent death (although I suspect many of those 3,000 were repeat offenders).

Those people would no longer have been on the streets. They would no longer have engaged in crime, and their deaths might have scared a handful of others straight. That would have substantially lessened the horrors of San Francisco streets, both for other homeless people and for the ordinary people trying to conduct their lives in the middle of a nightmare world.

And of course, without Narcan, there would be a smaller market of drug users buying goods from Mexico, thereby weakening the cartels. (And, incidentally, weakening China’s involvement in damaging American through the fentanyl trade.)

Perhaps it’s time time for us to make Narcan illegal expect for first responders who inadvertently overdose on fentanyl while dealing with drug users (although it turns out that the one police officer who apparently overdosed from fentanyl didn’t but instead had a reaction to meth, which Narcan does not help) . Sure, it sounds cruel to write off people who are helpless in the face of their own addictions but it might be a whole lot less cruel in the long run to break this horrific system of urban decay, crime, and human degradation.

So, am I an evil person consigning helpless people to death with this idea or is this a rip-off-the-Band-Aid idea that will ultimately safe more people than it hurts? I really don’t know.

Image: The image is a screengrab from the Christopher Rufo video.