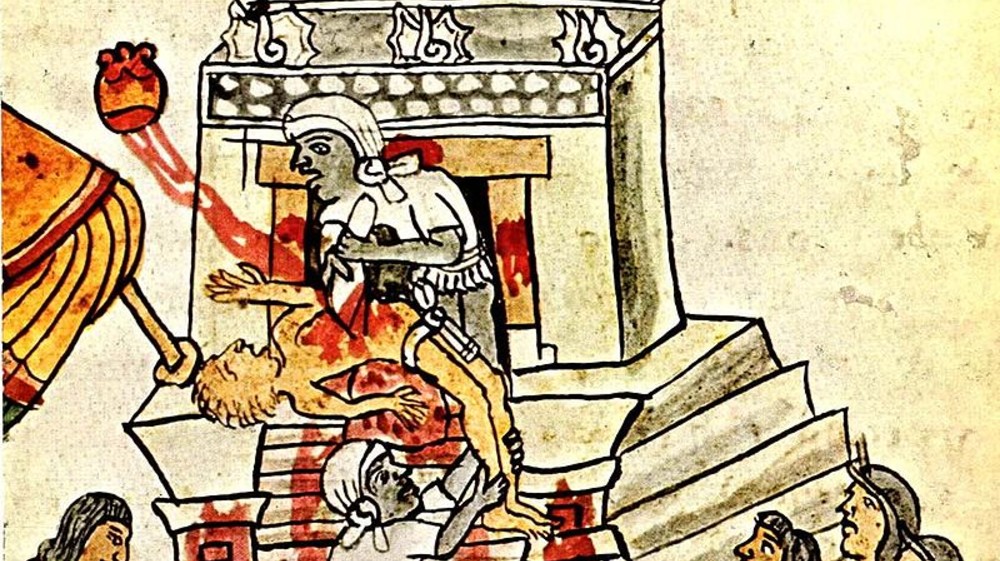 Those government entities that have prioritized giving the Covid-19 virus to groups other than the elderly for racist reasons should be prosecuted under our civil rights laws.

The wokeratti in local, state, and federal government are all for prioritizing distribution of the Covid-19 vaccine to non-white populations in order to achieve ‘racial justice.  You don’t need to be psychic to predict that this will cause deaths among the most vulnerable population — one ignored because white is their predominant skin color.  That is not merely a violation of the 14th Amendment and our Civil Rights laws, it is a criminal violation of the same.  It cuts to the very core of our nation, the promise that “all men are created equal.”

There is a single unassailable fact– that people over 65 make up 80% of all Covid-19 deaths.  Thus, when it comes time to determine priority within a state for the Covid-19 vaccine, it would seem obvious that on the single metric that matters — life and death — people over the age of 65 and those caring for them should receive the vaccine first.  So, for example:

Germany should administer its first COVID-19 vaccines to residents and staff in senior citizen and nursing homes, as well as those aged over 80, according to draft recommendations by its expert panel seen by Reuters on Monday.

Likewise is Britain.  This from the Joint Committee on Vaccination and Immunisation:

There is clear evidence that those living in residential care homes for older adults have been disproportionately affected by COVID-19 . . . as they have had a high risk of exposure to infection and are at higher clinical risk of severe disease and mortality. Given the increased risk of outbreaks, morbidity and mortality in these closed settings, these adults are considered to be at very high risk. The committee’s advice is that this group should be the highest priority for vaccination. Vaccination of residents and staff at the same time is considered to be a highly efficient strategy within a mass vaccination programme with the greatest potential impact . . .

But — surprise, surprise — our wokeratti have decided that “racial justice” demands something else entirely.   This from the Washington Free Beacon:

In 2015, Dayna Bowen Matthew, the dean of George Washington University Law School, published a paper concerning racial disparities in health care. She traced those disparities back to the Founding Fathers and argued their persistence today reflects the “structural violence” of American society.

Matthew was 1 of 11 people who helped draft the Centers for Disease Control’s ethical framework for allocating COVID-19 vaccines. She is also listed as a “health equity” consultant to the Advisory Committee on Immunization Practices, which voted in November to vaccinate essential workers before the elderly, partly on the grounds that the elderly skew white—only to pull back Sunday in the face of outrage from across the political spectrum.

The committee openly acknowledged that its initial plan would result in more deaths than “vaccinating older adults first.” But, the panel said, the plan would reduce racial disparities—something they deemed more important than saving lives—because essential workers, unlike adults over 65, are disproportionately black and Hispanic, the two groups that have borne the brunt of the pandemic.

How did the committee reach that conclusion? According to meeting minutes, presentation slides, public statements, and even civil-rights directives, the now-scuttled plan didn’t come out of thin air. Rather, it reflects the reductive, racialist worldview that is rapidly gaining ground in education, media, nonprofits, and now the U.S federal government—a worldview with concrete policy implications and concrete human costs.

That policy agenda was seeded by outside consultants like Matthew, who told the New York Times that racial inequality “requires us to prioritize by race.” But it was also seeded by the CDC itself, which in September hosted a series of trainings on “racism, sexism, and other systems of structured inequality,” in direct violation of President Trump’s executive order barring such programs from government agencies. And it was even seeded by the chairman of the CDC committee, José Romero, who said in July that minorities “need to be moved to the forefront” of the vaccination line.

The result was an explicitly race-conscious plan that would have prioritized shrinking the case gap between races over saving the most lives.

This plan contained glaring double standards, such as an assumption that age-based policies would be discriminatory but that race-based ones wouldn’t be. It relied on omission, distortion, and equivocation to make a highly contentious judgment seem self-evident, building bureaucratic consensus upon shaky foundations that were anything but apolitical or science-based. . . .

And while the CDC ultimately pulled back on these recommendations, the fact is that many states, irrespective, are in fact following such an unlawful, unconstitutional and deeply racist policy.  So, for example, in Massachusetts, people over the age of 65 are prioritized behind people of any age being held in state and local prisons.  One guess why.

Any policy based on impermissible considerations of race violates the due process and equal protection clauses of the 14th Amendment.  Moreover, when you have the most serious possible physical harm resulting from such a vile policy as that embraced by the CDC and adopted by Massachusetts, everyone involved in its adoption and implementation should be subject to criminal penalties under 18 U.S.C. § 241 – Conspiracy Against Rights

This statute makes it unlawful for two or more persons to conspire to injure, oppress, threaten, or intimidate any person of any state, territory or district in the free exercise or enjoyment of any right or privilege secured to him/her by the Constitution or the laws of the United States, (or because of his/her having exercised the same).

It further makes it unlawful for two or more persons to go in disguise on the highway or on the premises of another with the intent to prevent or hinder his/her free exercise or enjoyment of any rights so secured.

If we are going to honor the Constitution and the laws of our nation, then we should be deciding likewise, that the sole criteria for distribution should be minimizing mortality of American citizens.  But, if we are not going to do that — if we are now a post-Constitutional tribal society where members of the white tribe are valued below other tribes, then we all need to be playing by tribal rules. (The quotations below are from Steven Pinker’s The Better Angels of Our Nature: Why Violence Has Declined.

A party of men will slink into an enemy village before dawn, fire arrows into the first men who emerge from their huts in the morning to pee, and then shooting the others as they rush out of their huts to see what the commotion is about. They may thrust their spears through walls, shoot arrows through doorways or chimneys, and set the huts on fire. They can kill a lot of drowsy people before the villagers organize themselves in defense, by which time the attackers have melted back into the forest.

Sometimes enough attackers show up to massacre every last member of the village, or to kill all the men and abduct the women.

In North America, William Bradford, who arrived on the Mayflower, described how the Native Americans dealt with their enemies:

Not being content only to kill and take away life, [they] delight to torment men in the most bloody manner that may be, flaying some alive with the shells of fishes, cutting off members and joints of others by piecemeal and broiling on the coals, eat collops of their flesh in their sight while they live.

Pinker provides other examples of indigenous people brutality, whether the Yanamamo’s in Venezuela in the 1930s, the aborigines in Australia in the early 19th century, or the Inuits in the early 20th century.

So how bloody was all this tribalism — that is, one tribe fighting for resources or vengeance against another tribe? Pinker has the answer to that: Very, very bloody. While modern societies have killed in greater numbers, simply because we have a larger population, the percentage likelihood of death in pre-modern tribal society was tremendously greater. Men of fighting age had a 25% chance of dying in some form of tribal warfare.

Pinker notes that a society with a rate of 100 homicides per 100,000 would mean that “violence would start to affect you personally: assuming you have a hundred relatives, friends, and close acquaintances, then over the course of a decade one of them would probably be killed.”

With the above numbers in  mind, what does Pinker was happening in non-state tribal societies, i.e., tribal societies? “The average annual rate of death in warfare for the nonstate societies is 524 per 100,000….” Oh, my!

So, if we are now a tribal society . . . FUCK YOU. It’s tit for tat.   Just like virtually every member of every tribe in history, I will see you see you dead before any member of my tribe.