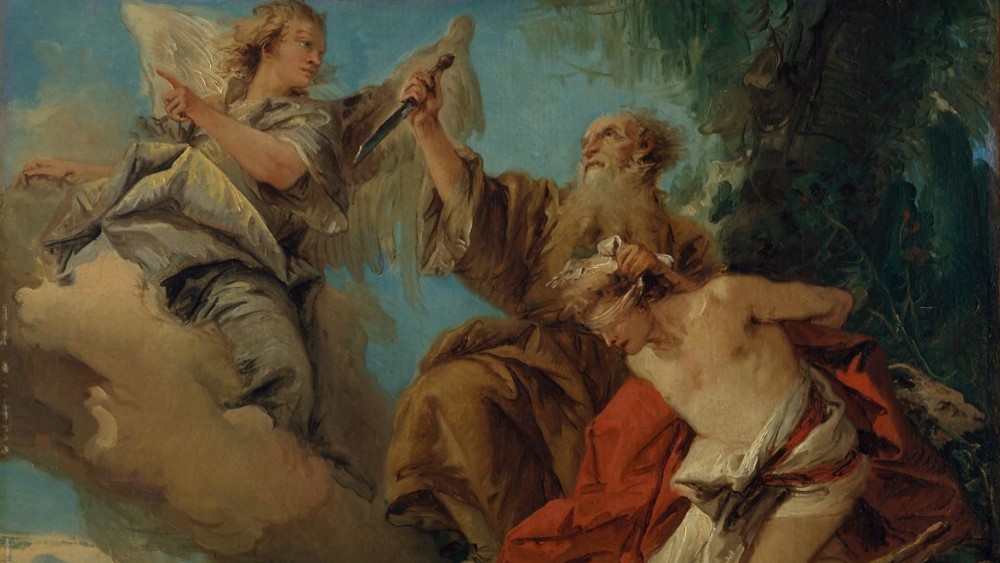 The Biden administration is accelerating the leftist abandonment of Biblical values and the return to paganism.

The term “pagan” developed as a way for the West to describe pre-Christian religion. Aside from meaning religions without Christ, “pagan” also described a world without Biblical values. When I think of Biblical values, I think of: a belief in an abstract divinity untethered to nature, monogamy within the context of marriage, two sexes, the end of human sacrifice, and a reliable justice system tempered as appropriate by mercy. Beginning in the 1960s at a covert level, fairly openly in the last 12 years, and with accelerating speed in the last 11 days, the left has used education, entertainment, social media, politics, the courts, and the police state to do away with every one of those Judeo-Christian, Biblically-based rules.

In lieu of an abstract divinity untethered to nature, we have open Gaia-worship. Even the Pope, who is supposed to the keeper of the Christian tradition, has anthropomorphized the Earth, elevating it to a divine state akin to God. In March, of the Wuhan virus, he said “Fires, earthquakes … nature is throwing a tantrum so that we will take care of her.” Breitbart noted that this was not the only time the Pope, inside of talking about “God’s creation,” talked about the earth as an entity:

Francis has also tended to personalize nature, suggesting that it “cries out” when it is mistreated.

Situations such as a loss of biodiversity and economic inequality “have caused sister earth, along with all the abandoned of our world, to cry out, pleading that we take another course,” he wrote. “Never have we so hurt and mistreated our common home as we have in the last two hundred years.”

“Neglecting to monitor the harm done to nature and the environmental impact of our decisions is only the most striking sign of a disregard for the message contained in the structures of nature itself,” he said. “When we fail to acknowledge as part of reality the worth of a poor person, a human embryo, a person with disabilities – to offer just a few examples – it becomes difficult to hear the cry of nature itself; everything is connected.”

Those statements are pure paganism. Pre-Christian faiths viewed earth in exactly the same light. The movie Frozen II was a textbook for children about earth worship, even providing them with an Aryan earth goddess.

The Biden administration is accelerating this viewpoint with its fanatic emphasis on climate change — aka Gaia worship.

In lieu of monogamy without the context of marriage — and marriage representing the union of two biological sexes — leftism gave us no-fault divorce, polyamory, societally-sanctioned threesomes, hook-up culture, same-sex marriage and the notion that “gender” is separate from biological sex. The latter means that little Jimmy/Jenny can have two adults in his life who rotate on a daily basis between self-identified “gender.” The Biblical God is male and he created two sexes — male and female. In this regard, as Fay Voshell  wrote at American Thinker in 2015, this fluidity is purely pagan:

Paganism believes in metamorphosis by an act of will, human or divine. Transformation from one form to another is a constant theme in Greek mythology. The gods could become whatever or whomever they wished, often because they wished to have sex with humans who were unaware they were about to be raped by a god who had chosen the disguise of an animal. Zeus became a bull in order to seduce Europa. Once she was captured, Zeus returned to human form and raped her. The gods could also transform humans into flowers and trees. Ovid wrote that Apollo changed the nymph Daphne, with whom he wanted to have sex, into a laurel tree. Hyacinth suffered a similar fate. He was turned into a flower by the god Apollo, who fell in love with the youth’s beauty. The enchanting Leda was seduced by Zeus, who took the form of a swan.

The Biden administration is accelerating this viewpoint with its emphasis on elevating so-called transgenderism to a dominant right within society, despite the fact that it is a tragic mental illness afflicting a minute percentage of the American population. And are you as incapable as I am of understanding why an old dude like ostensibly Catholic Joe Biden is so obsessed with transgenderism? It’s not just his puppetmasters. As he showed during his lone town hall, he’s given this thought and desperately wants to help 8-year-old children experiment with finding their true gender.

Leftists have completely embraced human sacrifice. In paganism, human sacrifice was used to appease the gods for the benefit of humankind. In America, almost 62,000,000 babies were killed in what ostensibly Catholic Nancy Pelosi calls the “sacred” right (or do I mean “rite”) of abortion. Leftists have appeased human sacrifice at the other end of life too. Socialized medicine invariably means rationing, and rationing means that your 80-year-old grandmother, who has a zest for life and is in great condition, will get palliative care rather than cancer treatment because the economics of treating an old lady for cancer just don’t make sense.

England’s Liverpool Care Pathway, which provided a glide path to death for elderly patients, comes to mind. (Wikipedia’s entry, by the way, has been rewritten to make it all sound like people were just confused about over 1,000 elderly people being hastened to their death under a government care program.) Euthanasia is also a thing wherever socialized medicine is put into place. It starts with terminal patients, then moves to unhappy patients, and eventually sweeps in young patients. Kurt Vonnegut was a lot more prescient than he realized when he wrote “Welcome to the Monkey House,” which advocated for birth control as an alternative to euthanasia when everyone was worried about “the population bomb.”

Perhaps I’m unduly cynical, but I don’t think that it was just a mistake when leftist governors such as Cuomo and Whitmer herded patients who had the Wuhan virus into old age homes, turning those homes into abattoirs. Cuomo was unrepentant when confronted with the fact that he killed 50% more elderly people than his office had originally admitted because they hadn’t bothered to count those who got infected in death-trap care facilities but died in hospitals. “Who cares [where they died]?” he asked rhetorically. “They died.”

That’s really the point, in a socialized system that has no reverence for life, old people are (pardon the pun) dead weight. They’re no longer contributing to the system. They just take out of it. The fact that the once put into it is irrelevant. Socialists have no past, the future is infinitely malleable, and the needs of the present are all the matters. If you need old people dead now, kill ’em — but blame Trump for it because if there’s one thing narcissists don’t do, whether as individuals or political movements, is take responsibility for things.

And again, with its demand that Americans once again fund abortion around the world, the Biden administration is doubling down on this purely pagan value.

When it comes to the “reliable justice system,” that’s also out the window. It’s become patently clear that there are different rules for different people. Once upon a time, Democrat-run American states based the different justice rules on race, disfavoring blacks. Now, they have different justice rules based on race (disfavoring whites) and on political ideology. We’ve seen in the past two decades that, if you’re a Republican who breaks the law or violates a leftist shibboleth (gay marriage), you will be harassed from pillar to post, and either end up in jail or financially destroyed. However, if you’re a Democrat / leftist / progressive who breaks the law, absolutely nothing will happen to you. Well, nothing bad. You’ll get well-paid TV gigs and book deals. Plus, Joe Biden’s administration will put you right back into government if that’s where you want to be.

There is nothing to distinguish this system from any “justice” system that existed in pagan communities or in any pre-modern community. Justice is not blind and balanced. Instead, she’s a vengeful goddess who rewards those who worship her correctly and destroys those who don’t.

To wrap the above thoughts into a tidy package, don’t forget the Democrat / leftist / progressive hostility to traditional religion. Traditional Christians and Jews are now automatically considered to be far-right extremists and, especially, white supremacists. Please ignore the fact that people who are devoutly religious believe that all people were made by God and are therefore equal before God. Meanwhile, the Democrats are busy dishing out to whites the same racist crap that Democrats once dished out to blacks. But this time around, the new element is that leftists also dislike blacks, whom they insist on treating as incompetent and stupid, rather than as people who make rational choices in their own self-interest and who, when relieved of the burden of government’s heavy hand, can step up and be as accomplished in all areas as people of other races.

The pagan era was not a good time for humanity. If you read Steven Pinker’s The Better Angels of Our Nature: Why Violence Has Declined

, you will get a crash course in the horrors of the pre-modern, pagan world. Under Biden, the leftist rush to jettison once and for all the good Biblical values that got winnowed out after centuries of learning to leave paganism behind is a disaster in the making.

(By the way, speaking of jettisoning things, I’ve left Twitter and Facebook. For social media, you can find me at MeWe and Gab. Since I only just signed up to Gab, I am in desperate need of followers there. Also, please consider signing up for the 75 Million and Rising email list. Sally Zelikovsky, who founded the Bay Area Patriots tea party group wants to make sure that, even as conservatives are being booted from social media, they still have a way to disseminate important messages. )