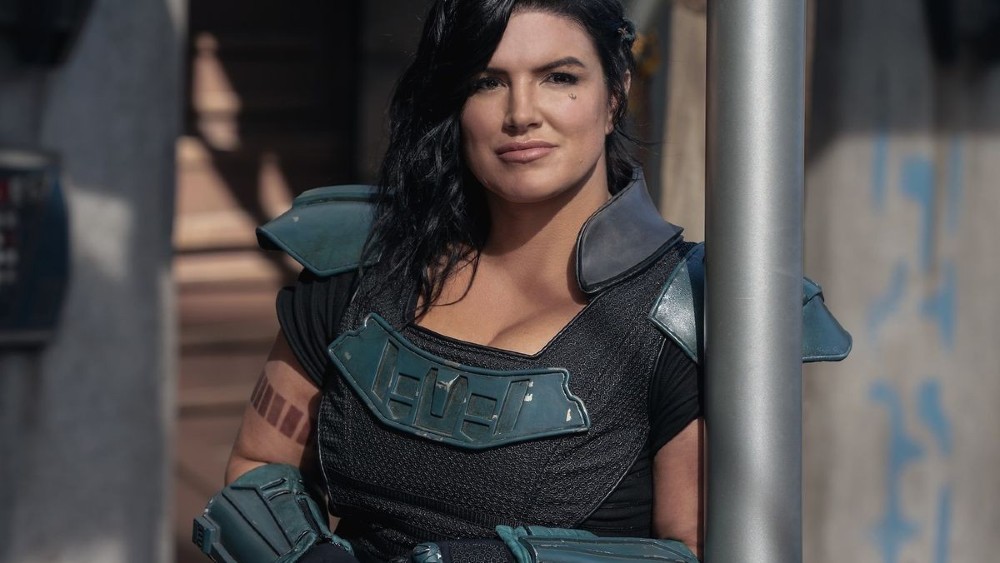 Gina Carano has been falsely accused of anti-Semitism by her employer, Lucasfilm.  She needs to sue the corporation until everyone involved in the decision to fire her is fired and until she is remunerated for the permanent damage to her career.

Gina Carano was a former MMA fighter, a Trump-supporting Republican, and, until today, a popular actress appearing as “Cara Dune” in Disney’s Star Wars: The Mandalorian.  Now, she is unemployed.

[Carano] . . . will reportedly no longer be part of the franchise’s future. The news was confirmed on Wednesday night in a statement from a Lucasfilm spokesperson, revealing that Carano is not expected to return to the series’ future seasons, or to any other future projects in the franchise.

Apparently, Lucasfilm has been “looking for a reason to fire [Carano] for two months . . .”  Today, her employers found their excuse.

. . . social media posts denigrating people based on their cultural and religious identities are abhorrent and unacceptable.

Oh, my word.  It appears that Carano’s former employer is accusing her of being a raging anti-semite.  Clearly, this is a woman who should never work again in the public square.  Except that, curiously, Lucasfilm does not quote Carano’s anti-Semitic post.  So what exactly did Carano say?

“Jews were beaten in the streets, not by Nazi soldiers but by their neighbors…even by children. Because history is edited, most people today don’t realize that to get to the point where Nazi soldiers could easily round up thousands of Jews, the government first made their own neighbors hate them simply for being Jews. How is that any different from hating someone for their political views.”

It is ludicrous to claim that there is anything about that statement, nor the concluding question, that is anti-Semitic.  Neither makes the slightest derogatory reference to Jews.

Moreover, the left can’t be now claiming that Hitler comparisons are all ipso facto anti-Semitic.  The left has, since 2016, made a cottage industry out of claiming Trump and the right are Nazi’s reincarnate.  Indeed, while I haven’t checked, would anyone be surprised to find such claims made by Disney and Lucasfilms management after a thorough search?  At any rate, in the end, Snopes provided the answer to how Carano’s statement can be deemed “abhorrent” anti-Semitism — ipse dixit.  In law, that means “it is because I said it is.”  Snopes gives us the perfect example of an ipse dixit in claiming that Carano’s post is anti-Semitic:

As a jewish person, this is fucking vile and unnecessary. gina carano needs to be held accountable. the oppression my people have faced because of our religion and ethnicity is NOT the same as political disagreements. pic.twitter.com/ABuM8kO5hM

Apparently, if someone on the left “fucking” emotes, it is now proof of their point.  Snopes — nor apparently Lucasfilms — sees a need to answer Carano’s “how is it any different” question.  More importantly, Snopes explicitly — and Lucasfilms implicitly  — are substituting subjective emotion of insane snowflakes for objective proof of Carano’s “abhorrent and unacceptable” anti-Semitism.  (And see this on the left’s similar baseless treatment of Rep. Mary Miller)

Carano needs to sue these people for libel for every damn thing they own.  They need to be destroyed and driven from the public square.  To accuse Carano of anti-Semitism so evil as to justify her firing goes far beyond simple opinion into the realm of asserted — and highly derogatory — fact.  We know from the recent Quillam v. SPLC and the Sandmann cases that reliance on “opinion” is not a defense where there is no factual basis for an assertion of an unforgivable –ism.  Screw these bastards.  The only way they stop this is if they are made to hurt, in the pocketbook if not the central nervous system.

“Carano has courted social media controversy before” . . .  [Carano] previously shar[ed] misinformation about mask wearing and voter fraud. In November 2020, she made light of people including their preferred pronouns on social media by adding “beep/bop/boop” to her Twitter bio, which many fans called out as transphobic. Carano later removed the words after she said she spoke to her “Mandalorian” co-star Pedro Pascal. “He helped me understand why people were putting them in their bios. I didn’t know before but I do now. I won’t be putting them in my bio but good for all you who choose to. I stand against bullying, especially the most Vulnerable & [support] freedom to choose,” she wrote at the time.

Update:  From Stephen Green at Instapundit:

Every Republican for at least the last 20 years has been Literally Hitler™, but Gina Carano makes one on-point reference and she’s canceled.